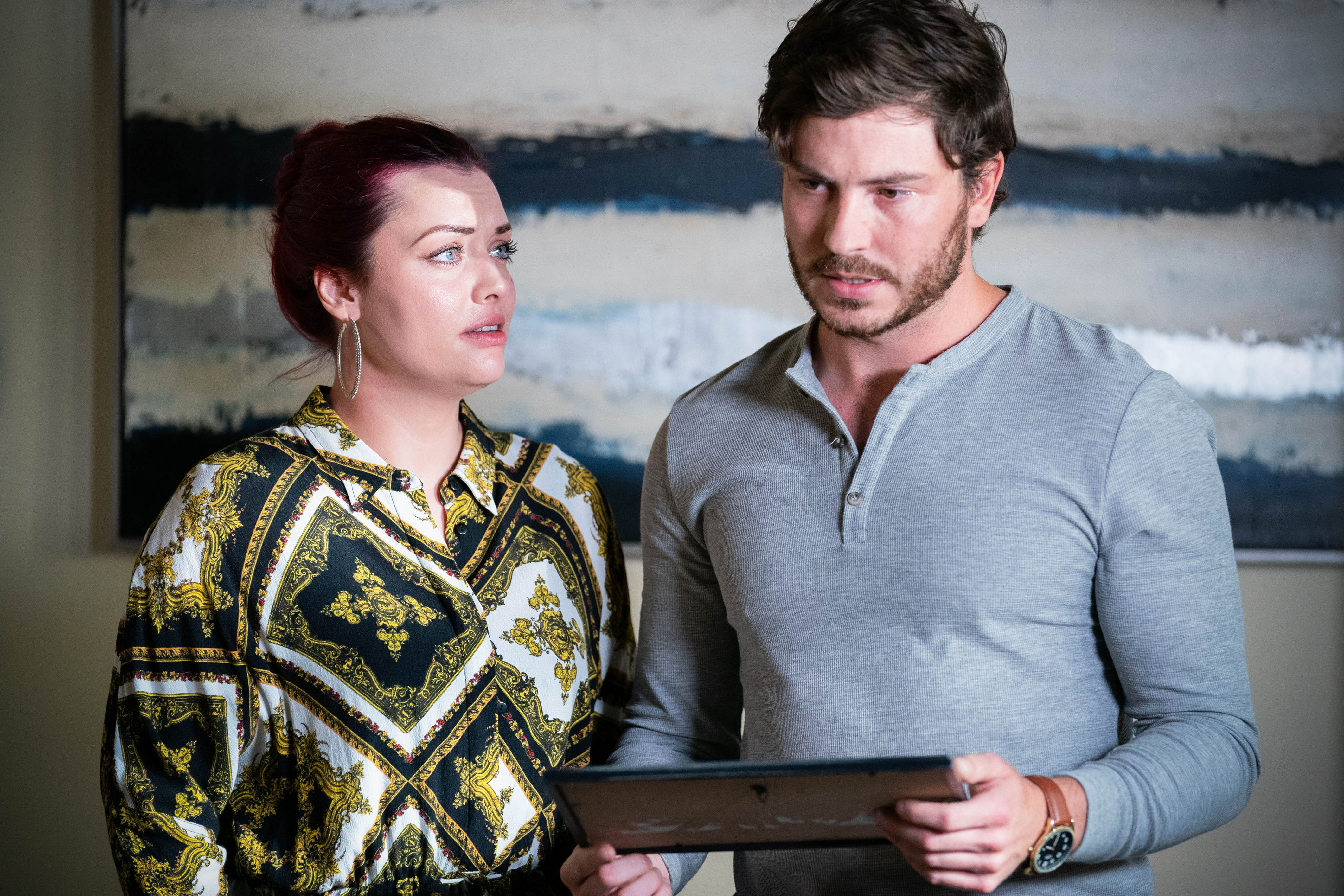 Whitney and Gray’s relationship has been a confusing and rocky one to say the least.

When Whitney was with Kush (Davood Ghadami), Gray’s desperation to have her to himself led to him attacking and murdering the much loved market stall owner.

Now his relationship with Chelsea (Zaraah Abrahams) shows no signs of restarting, Gray has turned his attention back to Whitney.

Coming up, after getting some devastating news, Gray confides in Whitney about his dad passing away.

Gray tells Whitney he wasn’t expecting to feel so emotional after going through his childhood memories.

The two of them get close, and share a kiss.

Could Whitney continue her relationship with Gray?

How much danger is she in now?

We speculated that Gray’s father may be the one to expose his murderous side but, now we know he’ll pass away, who will work out Gray Atkins’ true character?

Perhaps we should rephrase that –

Who will work out Gray Atkins’ true character and remain alive once he’s been exposed?