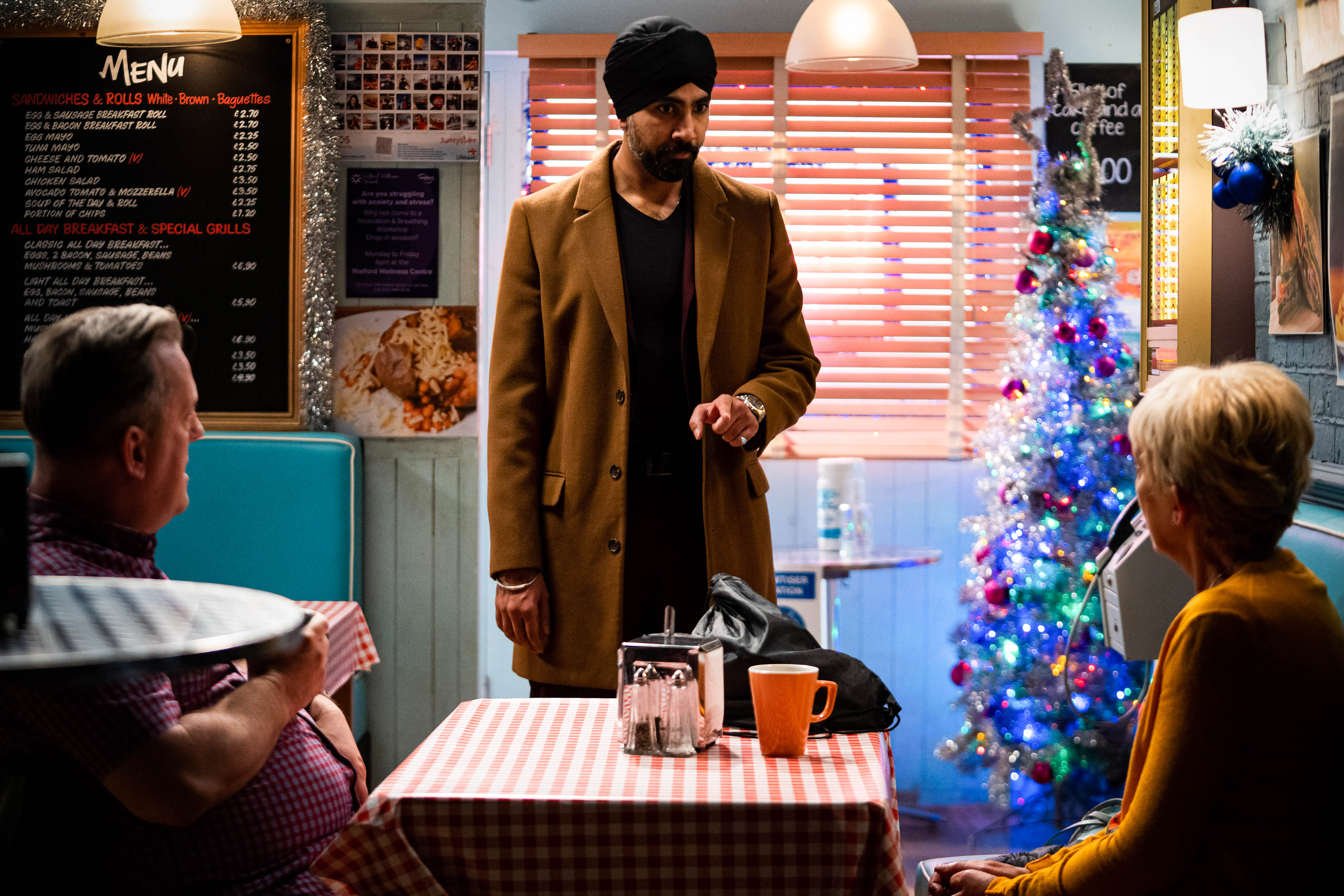 Kheerat Panesar (Jaz Deol)’s suspicions about Gray Atkins (Toby-Alexander Smith) in EastEnders have been rumbling along for some time, and there’s no love lost between the two.

Before Chantelle’s murder, she was planning on running away with Kheerat.

After Gray killed Chantelle, Kheerat became suspicious of him, convinced he had something to do with Chantelle’s death.

Since then, Kheerat has been watching Gray, clearly waiting for the right moment to expose and destroy the dodgy lawyer.

So when Kheerat helps Gray out in upcoming episodes, does he have an ulterior motive?

Gray is in deep financial trouble and has been hiding the truth about it from fiancée Chelsea (Zaraah Abrahams).

When Whitney (Shona McGarty) puts pressure on him to tell Chelsea the true extent of his money troubles, Gray decides he needs another income stream and asks Ben Mitchell (Max Bowden) for some of his shady clients.

When Ben says no to this idea, it’s Kheerat who intervenes and persuades Ben to change his mind.

But does he really have Gray’s best interests at heart?

Or is he really laying a trap for Gray?