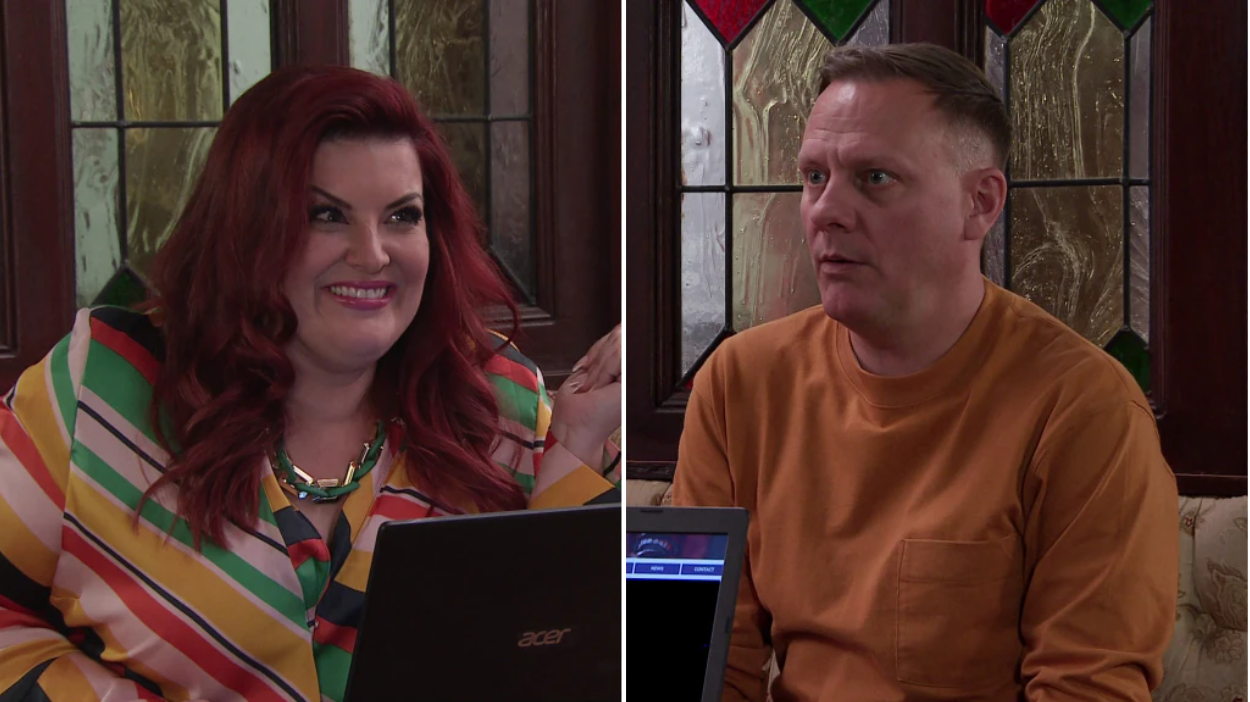 Sean (Antony Cotton) has been unlucky in love again recently on Coronation Street, having fallen for Frank (Simon O’Brien) only to discover his true colours when Frank was nasty to Dylan (Liam McCheyne) after a football match.

Luckily for Sean it’s not long before another attractive man appears on the scene when he meets handsome dentist Laurence at a wake. Eileen (Sue Cleaver) soon realises that Sean is smitten, and Glenda (Jodie Prenger) takes it upon herself to track Laurence down on Sean’s behalf, much to Eileen’s irritation.

Not long after that, George (Tony Maudsley) spots Laurence hanging around outside the undertaker’s and he somehow manages to line up a date for him and Sean. Glenda and Mary (Patti Clare) are thrilled and Dylan says he can’t be any worse than Frank, which is a good point.

As Laurence waits in the Bistro for the date with Sean, Sean is having cold feet at home and tells Eileen, Mary and Glenda that he’s decided to have nothing to do with men and he’s going to put Dylan first.

It’s Dylan who finally convinces him to go over to the Bistro and meet Laurence for drinks.

Could this be the start of something special for Sean?