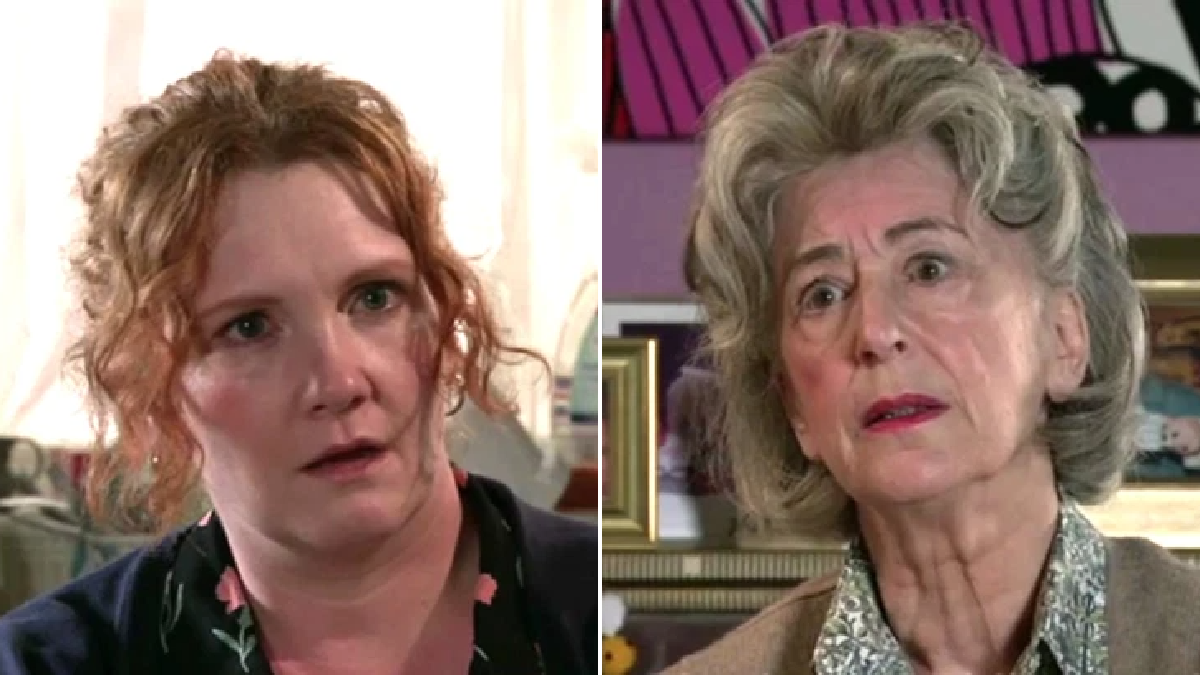 Following the discovery that Kirsty had died, Fiz put aside her anger and supported Tyrone with funeral arrangements and sorting Kirsty’s affairs.

It’s been quite the week for Tyrone as not only has he had Kirsty’s death to deal with, Alina (Ruxandra Porojnicu) also announced she’s pregnant with his baby.

Happy he was finally in a relatively good place with Fiz, Tyrone told Alina to keep the pregnancy a secret for now, but as told in tonight’s (July 2) episode, that didn’t last long.

As Alina headed to a midwife appointment, Fiz and Ty left the solicitors.

Running late, Tyrone rushed over to the doctors only to find Evelyn (Maureen Lipman) chatting to Alina.

Desperate to keep the pregnancy a secret, Tyrone tried to cover his tracks, but eventually told Fiz that Alina had a midwife appointment booked.

Devastated, Fiz headed home with Evelyn and in quite a shocking twist, Fiz threatened to evict Evelyn after learning she already knew about the pregnancy.

Thankfully, Fiz appreciated Evelyn’s support too much and knew she was making a mistake.

Heading to the bistro with Maria (Samia Longchambon), Fiz looked as though she was ready officially start her new life as a single mum.

Has she finally moved on?