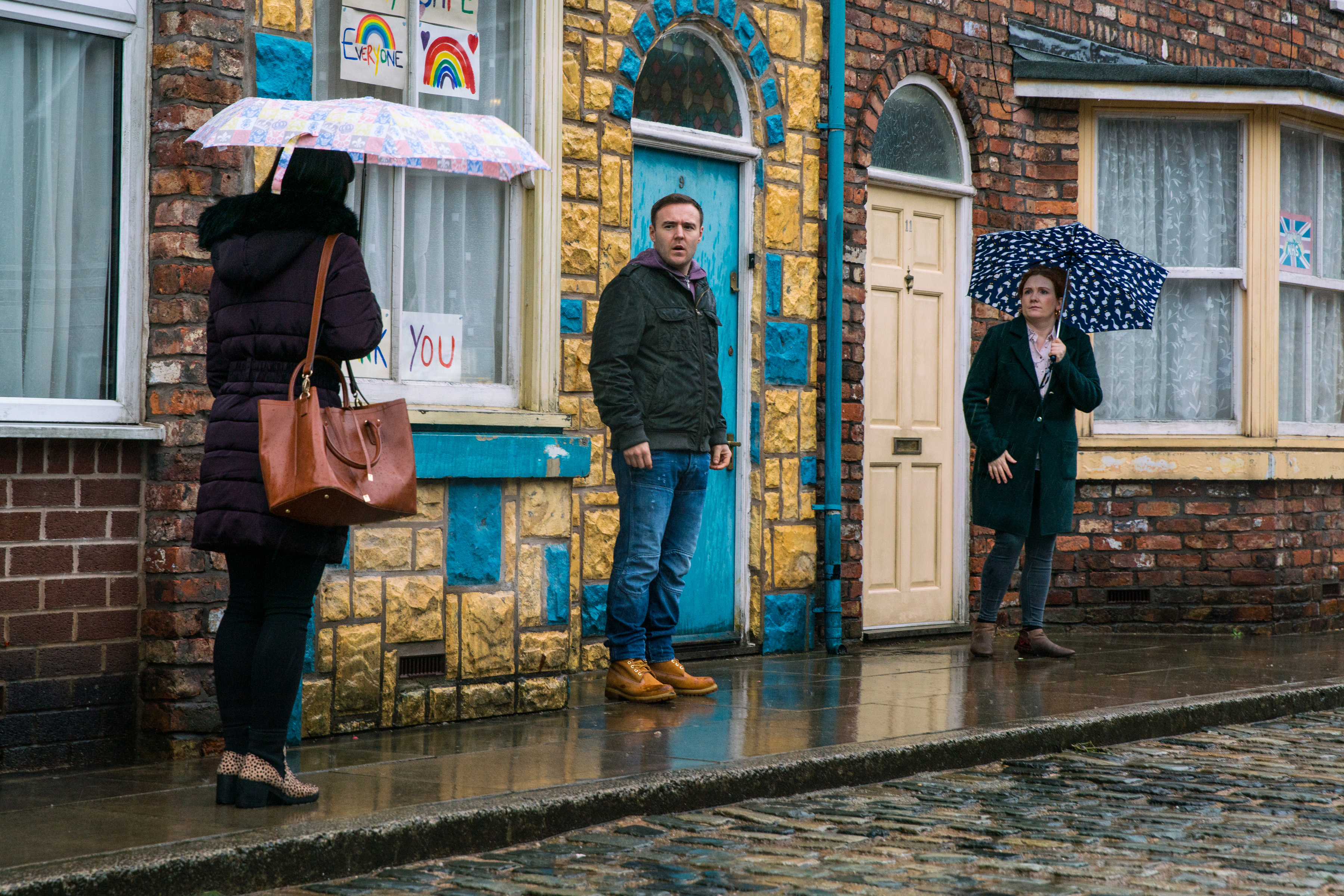 It’s been quite awkward between Tyrone Dobbs (Alan Halsall) and Alina Pop (Ruxandra Porojnicu) ever since he asked her to move in with him and Fiz Stape (Jennie McAlpine).

As Tyrone helps Alina with her course work, it’s clear he enjoys her company. Back at home, he covers his guilt, telling Fiz he’s packing in yoga as he’d rather spend time with her and the kids.

Tyrone is awkward when Alina mentions being in his yoga class in front of Fiz.

Tyrone is unamused as Fiz jokes about the idea of him fancying Alina, stating that she’s too young and beautiful for him. Tyrone is quietly miffed.

Later, Alina is hurt by Seb’s (Harry Visinoni) indifference when she explains that her family dog in Romania has died.

When Sarah (Tina O’Brien) objects to her taking time off work due to the death of a pet, Tyrone sticks up for a grateful Alina.

It’s clear Tyrone is starting to like Alina, and if he is hurt by Fiz’s comments, could that lead to an affair?