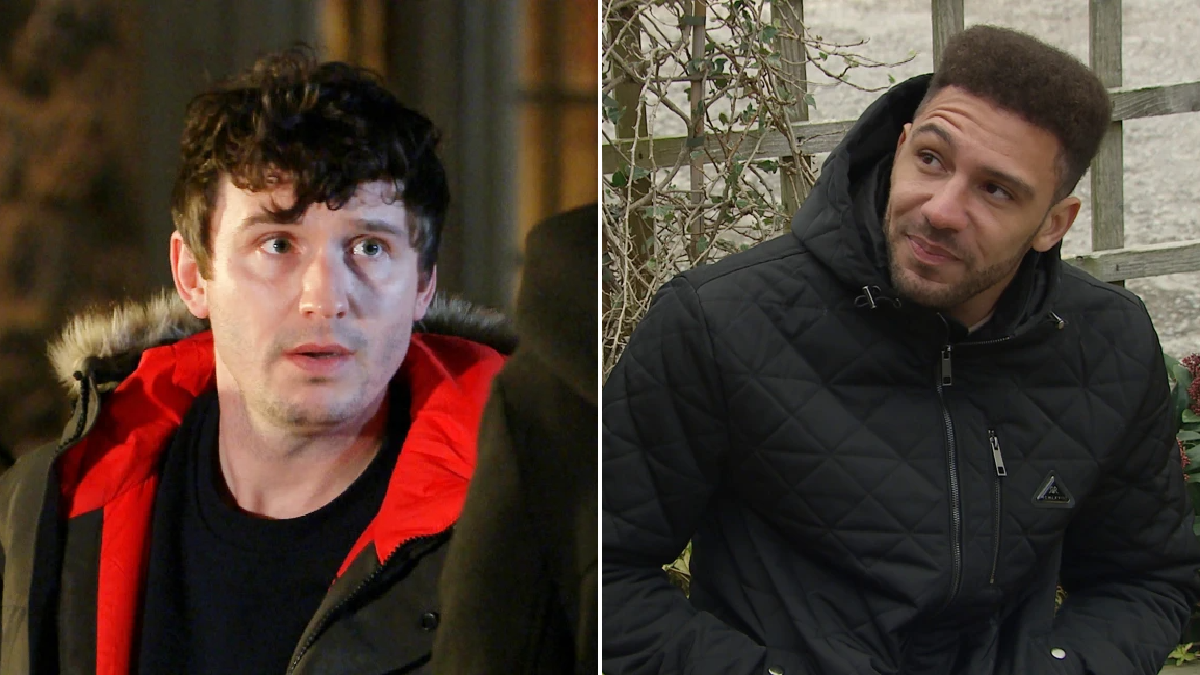 As things settle down following their eventful wedding on Emmerdale, Billy (Jay Kontzle) and Dawn (Olivia Bromley) start thinking about the future. Billy says he wants to adopt Dawn’s son, Lucas (Noah Ryan Aspinall), so they can be a proper family.

Dawn loves the idea but she’s immediately wary. Lucas’s father Alex (Liam Boyle) is not the most co operative of people and he hates Billy, especially after Billy battered him before the wedding when he thought that he was the one stalking Dawn.

When the couple arrange a meeting with Alex, he’s initially furious about the idea of Billy being the legal parent of his son. He then seems to calm down and accept the idea.

He wants something in return, though, as he later explains to Dawn when he meets her secretly. He wants her to deal drugs for him, because he needs money to pay off some debts.

Billy is excited that the adoption is going to go ahead, and Dawn doesn’t want to do anything to upset his happiness, so she agrees to Alex’s proposal. This leads her into deadly danger as she meets the man who’s going to supply the drugs and she realises that Alex is involved with some very nasty people. As the meeting finishes, there are sirens and flashing blue lights and a police car appears.

Is Dawn about to be arrested for drug dealing? And if she goes to prison, what will happen to Lucas?