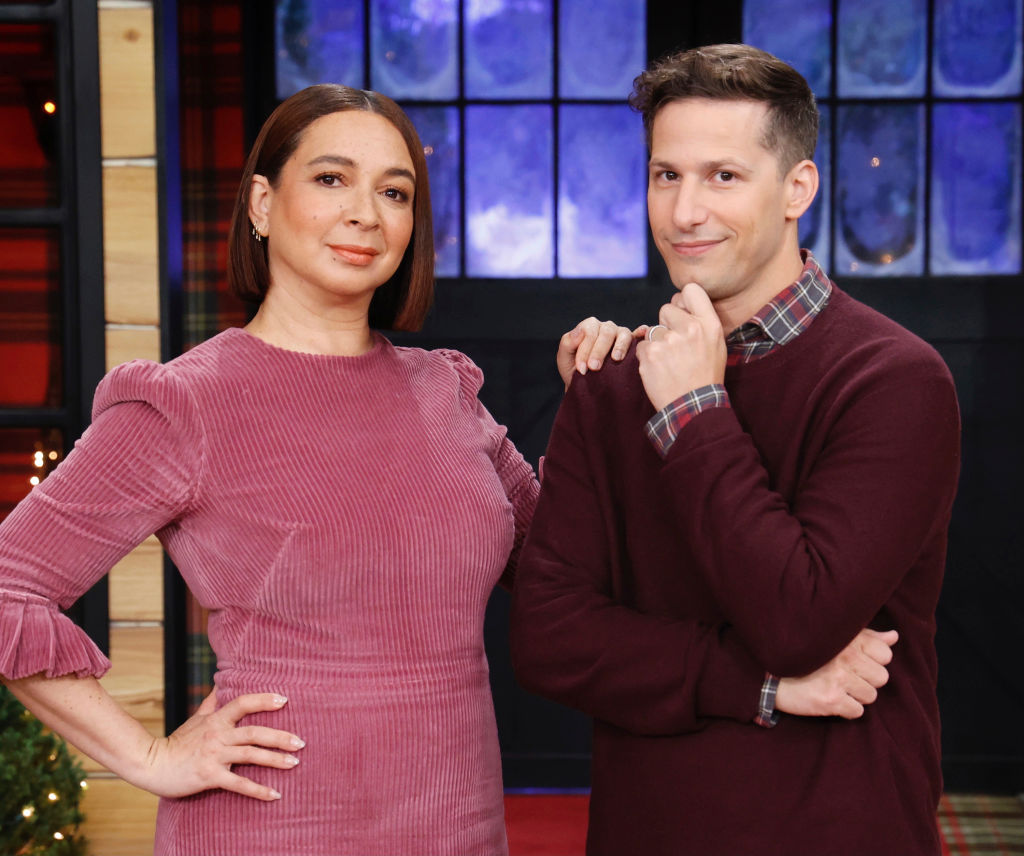 Saturday Night Live legends Maya Rudolph and Andy Samberg are reuniting for a brand new project as they take on hosting duties for an upcoming baking show.

In the mid-2000s, Maya, 49, and Andy, 43, crossed paths as cast members of TV sketch show SNL, with Maya leaving the show in 2007 and Andy following suit five years later.

Almost a decade on, after gaining worldwide fame with their respective roles in Bridesmaids and Brooklyn Nine-Nine, Maya and Andy will be presenting a baking competition called Baking It.

Baking It, which will be available to watch on NBCUniversal’s streaming service Peacock, will consist of six episodes over the festive holidays.

The series has been developed by the creators behind Amy Poehler’s Making It series, a crafting competition which premiered in 2018.

Baking It will see home bakers take part in teams of two, as they enter Maya and Andy’s winter cabin to pay homage to several traditional festive bakes.

The eight teams will include siblings, spouses and friends, who will create dishes of both a savoury and sweet variety with the aim of winning a cash prize.

While Maya and Andy will likely provide a lot of comedic relief, the teams of bakers are going to have their work cut out for them trying to impress the panel of expert judges.

The panel will be consist of some TV’s most honest judges yet – four real-life grandmothers, who all know a thing or two about serving up culinary excellence in the kitchen.

Following her stint as a cast member on SNL from 2000 to 2007, Maya has since made several cameos on the show, hosting it twice afterwards.

Andy also hosted SNL in 2014 after his 2012 exit, having previously popularised the SNL Digital Short on the show with his colleagues.

Earlier this year, the cast of Brooklyn Nine-Nine wrapped filming on the eighth and final season.

While the new season is currently airing in the US, a release date on E4 is yet to be set in the UK.

Baking It will air on Peacock in the US.