Sex and the City is getting the revival treatment — and fans couldn’t be happier to see the fabulous women reunite after all these years.

In January, HBO Max announced that it’s continuing the SATC story with a reboot titled And Just Like That… The 10-episode half-hour series will star Sarah Jessica Parker as Carrie Bradshaw, Cynthia Nixon as Miranda Hobbs, and Kristin Davis as Charlotte York. Kim Cattrall will not be returning as Samantha Jones after publicly declaring she was done with the franchise.

“I couldn’t help but wonder… where are they now? X, SJ,” Parker wrote upon sharing the announcement. She also included a teaser of a bustling New York City and someone typing, “And just like that,” and “The story continues…”

With the revival in the works, here is everything you need to know about And Just Like That… and where every character and their lovers left off. 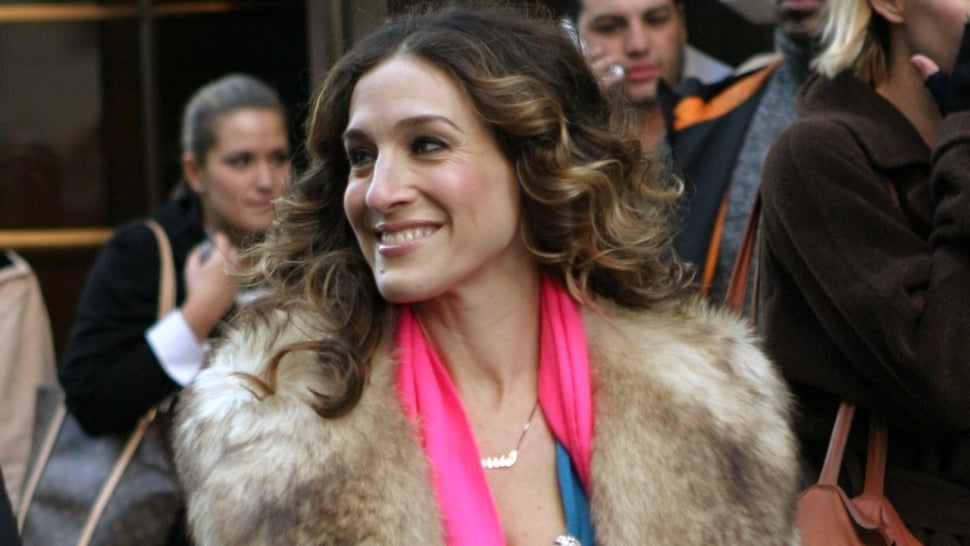 Where She Left Off: This leading lady had a handful of ups and downs in the SATC franchise. After being left at the altar by Big (Chris Noth) in the first film, the two had a small courthouse wedding and became husband and wife. The sequel sees them in a marriage slump as Big prefers to stay home, rather than be out in the city like Carrie. During her girls trip to Abu Dhabi, she runs into her ex-boyfriend, Aiden (John Corbett). The former lovers catch up over dinner, which ends with a passionate kiss.

Carrie, mortified by her actions, tells Big over the phone and he is crushed. When she returns to New York, they work out their problems.

Her Role in the Revival: Parker steps back into Carrie’s Manolo Blahniks and is ready to tackle life in 2021. Parker told Vanity Fair that the coronavirus pandemic will “be part of the storyline, because that’s the city [these characters] live in, and how has that changed relationships once friends disappear?”

Pondering her character’s current life, she added, “For Carrie, who doesn’t have family beyond her friendships, where is she professionally? How have all of these political changes affected her work? Is she still writing a column? Has she written any more books? Or does she have a podcast? What does fashion mean to her now? How have the friendships changed or not changed, and has her social circle grown?”

We shall wait and see. 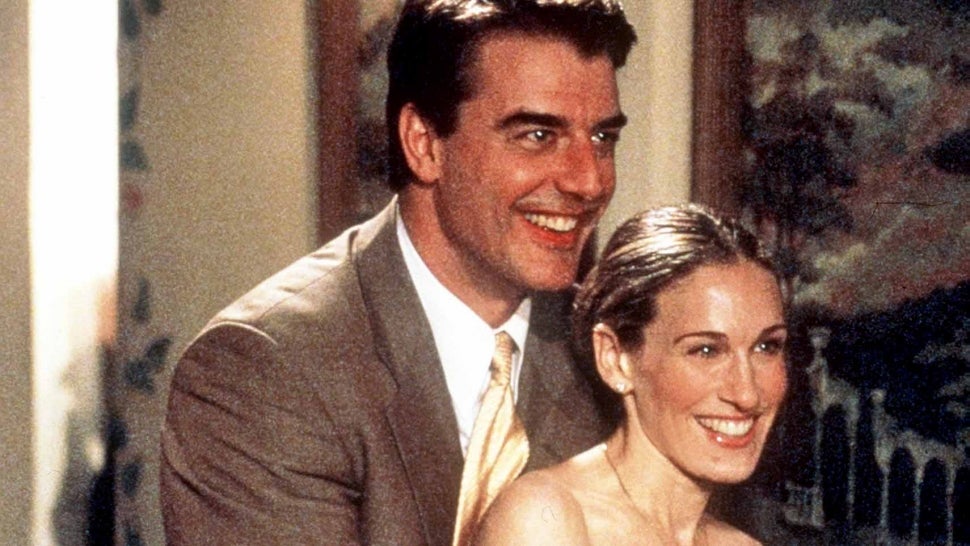 Where He Left Off: Figuring out married life, Big is all work, relaxation at home and no play. After hearing that Carrie had kissed Aiden, he realizes how they need to stay committed to one another and gives her a black diamond ring. The two work out their differences and agree to better understand one another.

His Role in the Revival: Noth hinted that he might make an appearance on the show afterPage Six reported the opposite. After one fan asked him to “reconsider” on Instagram, he replied, “Well. if Page Six says it… it must be true😉,” adding to another commenter, “Everything changes- including announcements in the rags.”

Additionally, in mid-May, a senior production source told DailyMail.com that Noth, Corbett and David Eigenberg, who played Miranda’s husband, were officially returning. A rep for HBO did not confirm the casting to ET. 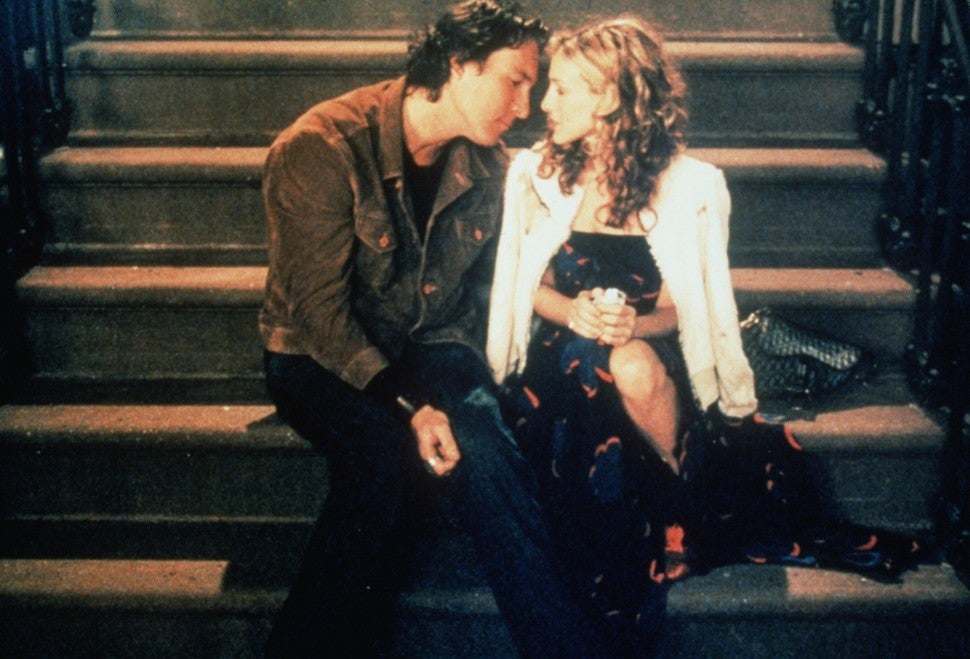 Where He Left Off: Carrie’s furniture-designing boyfriend reprised his role in Sex and the City 2. In the sequel, Aiden runs into Carrie while she’s vacationing in Abu Dhabi with her friends. The former lovers have dinner one night, sharing more than just an update on their lives. He tells Carrie that she is unlike any other woman he’s ever met and they kiss.

His Role in the Revival: Corbett revealed that he would reprise his role as Aidan, telling Page Six, “I’m going to do the show.” While he wouldn’t share any plot details, he added that joining the series was “very exciting” for him and teased that he believed he’d be in “quite a few” episodes. 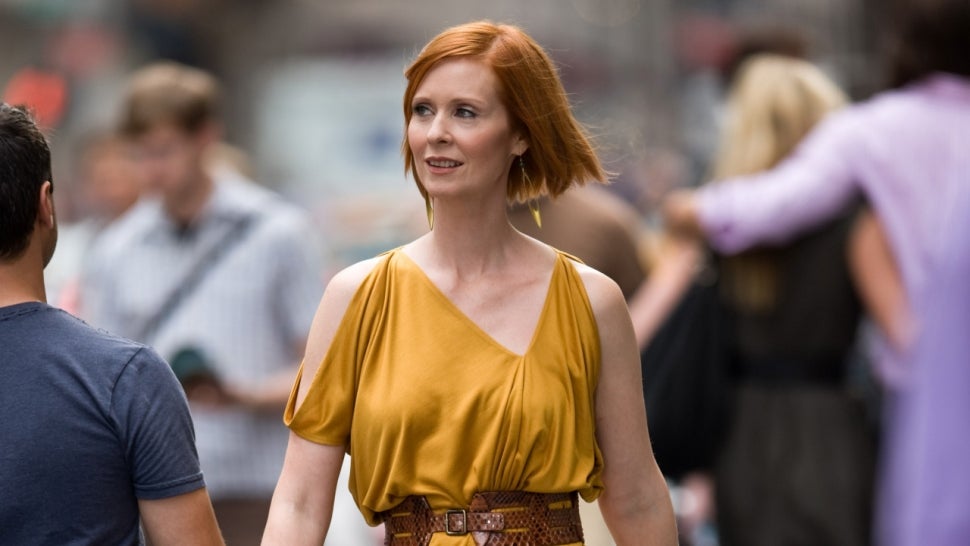 Where She Left Off: In the sequel, Miranda is struggling with the misogynistic and disrespecting new managing partner who constantly berates her. Fed up with the way she is being treated, she quits her job. When the opportunity to go to Abu Dhabi comes up, she revels in the vacation and enjoys her freedom. When they get back home, she finds a new job with a more diverse and welcoming environment.

Her Role in the Revival: No specific details have been shared about what Miranda is up to these days. However, Parker did note in the Vanity Fair interview that she has many questions she wants answered on where the friends are.

“Who are they in this world now? Have they adapted? What part have they played? Where have they fallen short as women, as friends, and how are they finding their way? Did they move with momentum?” Parker expressed. “Are they like some people who are confused, threatened, nervous [by what’s happening in the world]? I’m so curious and excited to see how the writers imagine these women today…What is their relationship to social media? What has changed? What is their life like?” 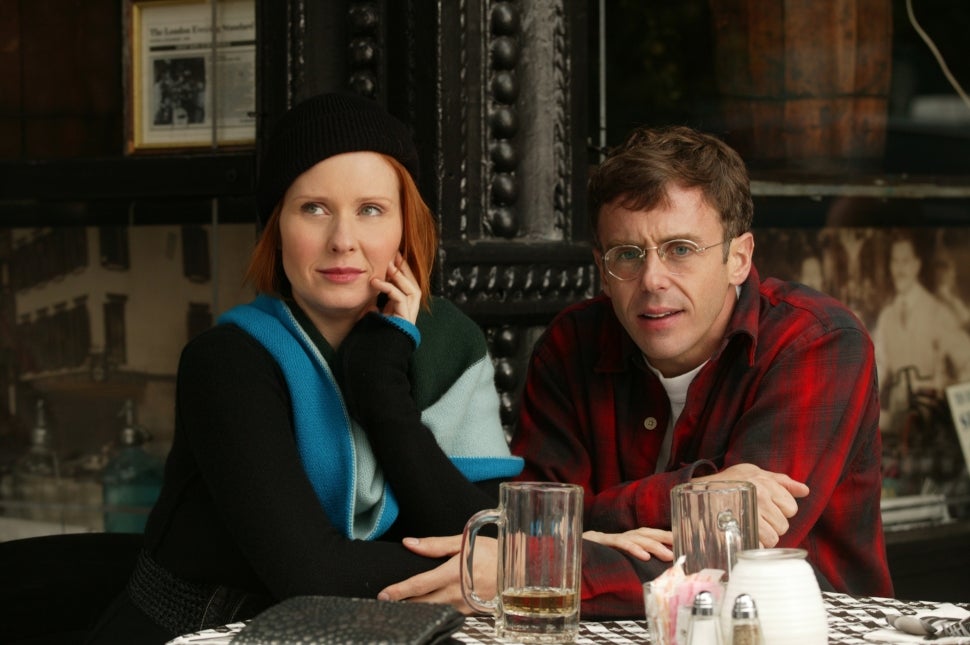 Where He Left Off: Fans don’t see much of Steve in SATC 2 aside from him attending Stanford (Willie Garson) and Anthony’s (Mario Cantone) wedding. In the first film, however, Steve cheats on Miranda. After their fallout, they attend couples counseling and reconcile. In the sequel, things appear to be in a stable place for the bar owner and Miranda.

His Role in the Revival: Reports indicate that Steve will be back for the revival, and Eigenberg himself addressed the possibility of reprising his role.

“If it can work out, we may be going down that road,” he told US Weekly, while also expressing his reservations. He added that he didn’t feel right returning to the show without late actress Anne Meara by his side. Meara, who played Steve’s mom, Mary Brady, died in May 2015.

“That’s kind of heartbreaking because she was a dear lady and a dear friend of mine,” he said. “It’s a sad thing to go back because that character, you know, [the] lineage is gone, and Anne as a human being wouldn’t be there. It’s a strange thing.” 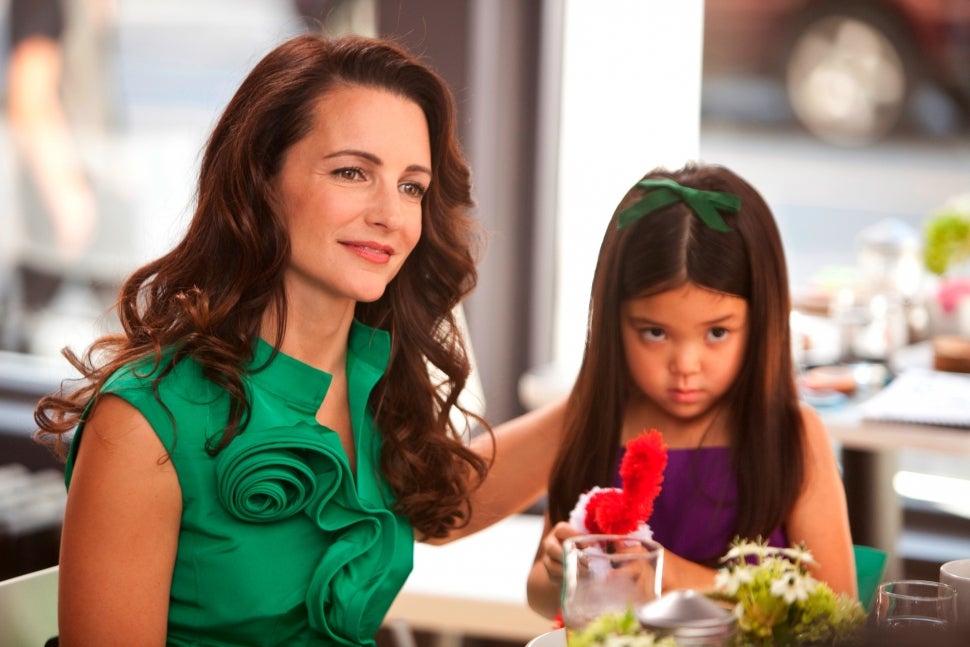 Where She Left Off: Charlotte is at her wits’ end with her two daughters, mostly 2-year-old Rose, who can’t seem to stop crying at all times. She soon starts to worry that her husband, Harry, is attracted to their free-spirited Irish nanny, Erin. Reluctant to take the girls trip, she goes but tries to call Harry every chance she gets to check up on him. At one point, she and Miranda bond over the difficulties of motherhood. However, when they return, it turns out that nanny Erin is a lesbian and she had nothing to worry about.

Her Role in the Revival: No specific details about Charlotte’s life have been shared. 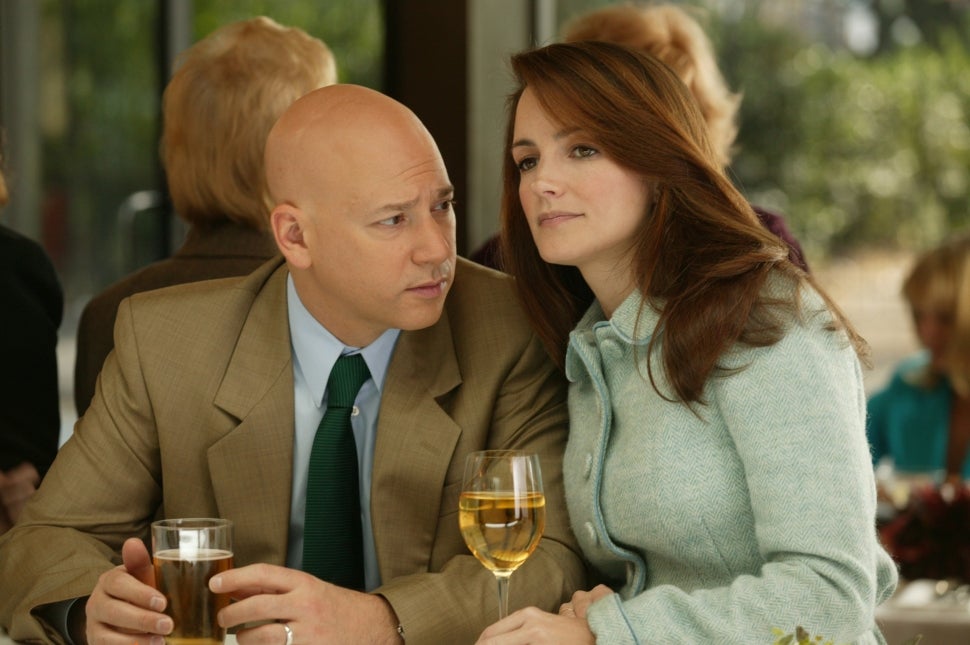 Where He Left Off: Harry and Charlotte welcomed their second, and biological daughter, Rose in the first film after having trouble conceiving. He is the one that helps Carrie and Big get back together, when he tells her that Big has been trying to reach out to her after leaving her at the altar. In the sequel, he gets along very well with their Irish nanny, Erin, which makes Charlotte jealous. However, she is no threat to their wonderful marriage.

His Role in the Revival: No comments have been made about Handler returning to reprise his role as Harry. 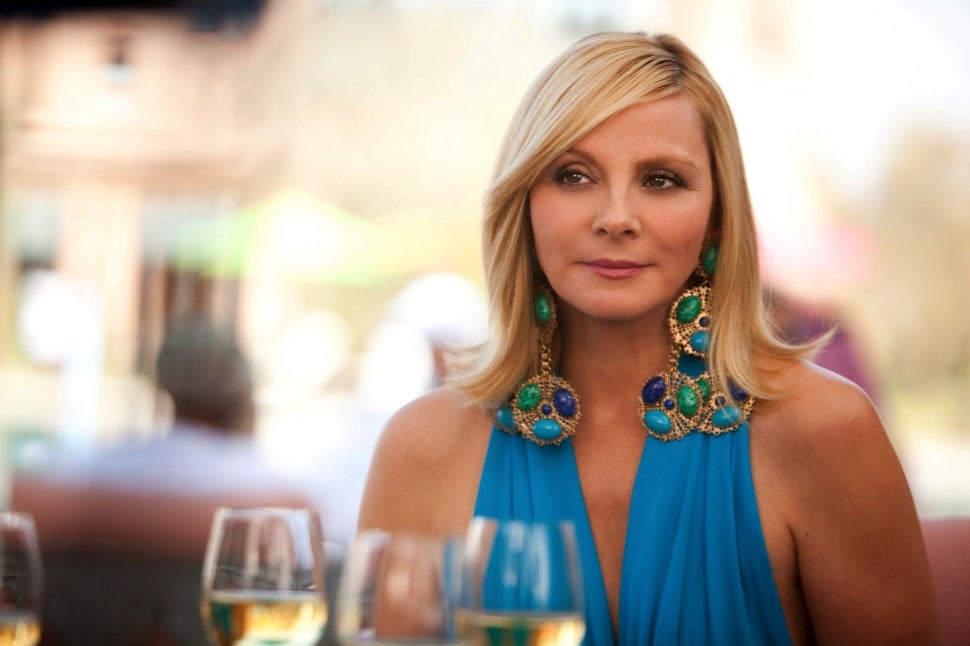 Where She Left Off: At the end of the second film, Samantha returns to her lavish NYC life after she and Jerry “Smith” Jerrod (Jason Lewis) break up. While in Abu Dhabi, she meets Danish architect Rikard Spirt (Max Ryan). The two reconnect in the Hamptons.

Her Role in the Revival? No definitive plan has been announced as to how the show will explain the lack of Samantha. However, Parker said in a video obtained by TMZ that they aren’t going to be replacing her.

“We’re not looking to create a fourth character,” the actress said. “We have New York City as a great character. There will be lots of interesting new characters that we’re excited about.” 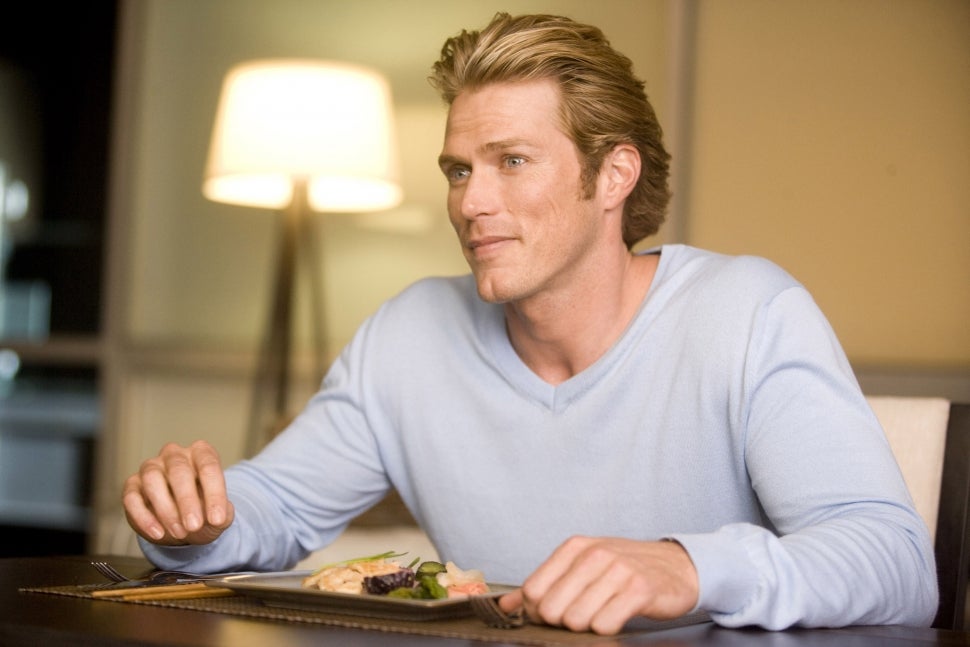 Where He Left Off: Smith and Samantha move to Los Angeles, where he focuses on his booming acting career. However the two break up, but remain on good terms. In the sequel, Smith invites Samantha to be his date at the NYC premiere of his new movie.

His Role in the Revival: While nothing has been confirmed regarding Lewis’ return, the actor said he hasn’t been asked to reprise his heartthrob role.

“I have not [been approached], but I would be the last to know! As much as I appreciate the flattery, the conversation is about the girls,” he told the Daily Front Row. He also shared that he didn’t think Smith and Samantha would still be together at this moment in time. “I think that they moved away from each other…But I think they’d still like each other,” he said, noting that Smith would “have most past [acting]” but “still be in the industry.” 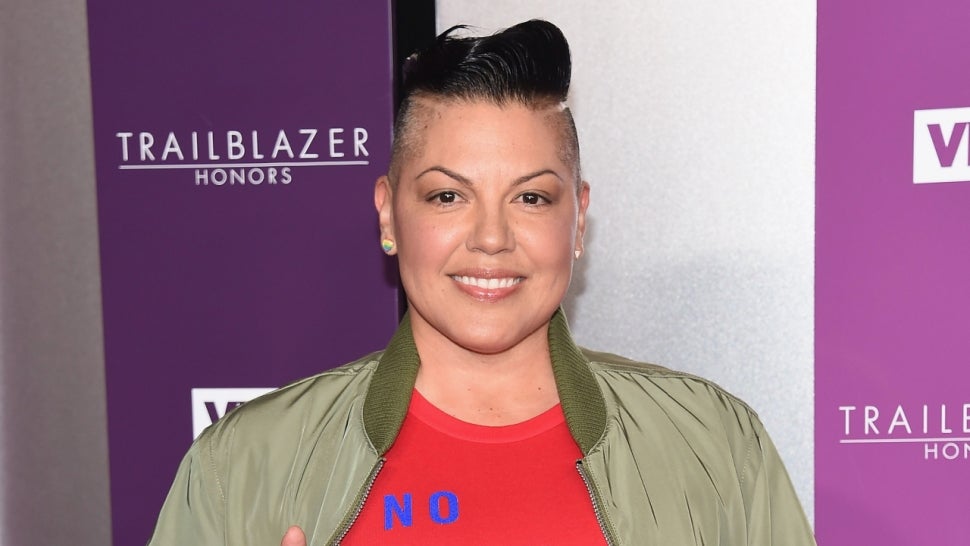 The former Grey’s Anatomy star is joining the cast as a new, non-binary and queer character. According to HBO Max, Diaz is “a stand-up comedian that hosts a podcast on which Carrie Bradshaw is regularly featured. Che is a big presence with a big heart whose outrageous sense of humor and progressive, human overview of gender roles has made them and their podcast very popular.”

Additionally, ET previously reported the show was in search of three new series regulars who are women of color. “They are looking to cast two Black women and one South Asian woman for these roles,” a source said.

HBO Max chief content officer Casey Bloys told TVLine that Parker and executive producer Michael Patrick King were looking to reflect New York City’s diversity in the revival. “[They] didn’t want to tell a story with all-white writers or an all-white cast [because] it’s not reflective of New York,” Bloys said. “So they are being very, very conscious about understanding that New York has to reflect the way New York looks today.”