THE biggest stars of The Real Housewives have undergone even bigger transformations over the years and have candidly admitted to the cosmetic procedures they've had done.

Ladies from Bravo’s popular franchise look MUCH different today than they did before they graced our TV screens – here’s who’s looks have changed the most since before they were famous. 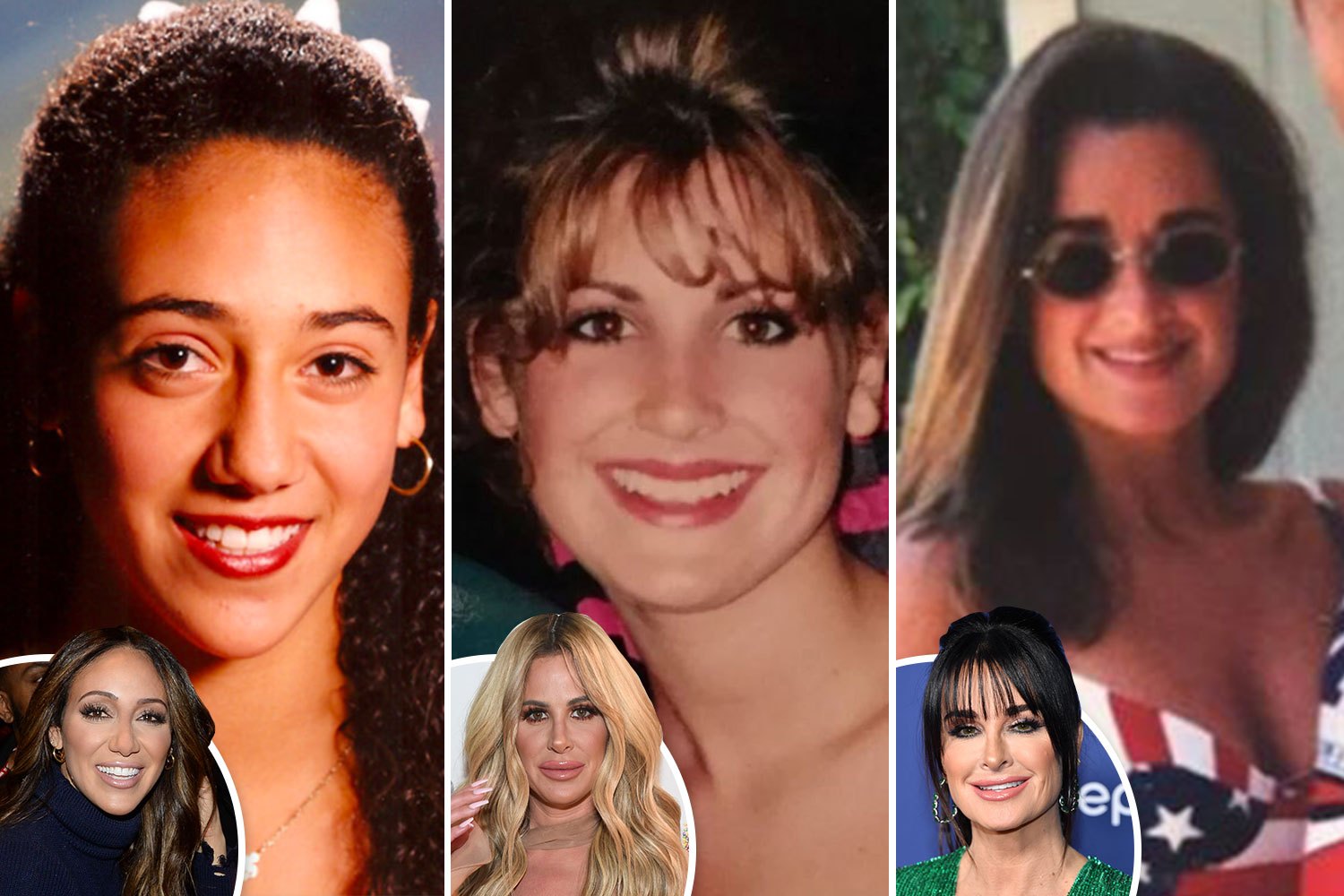 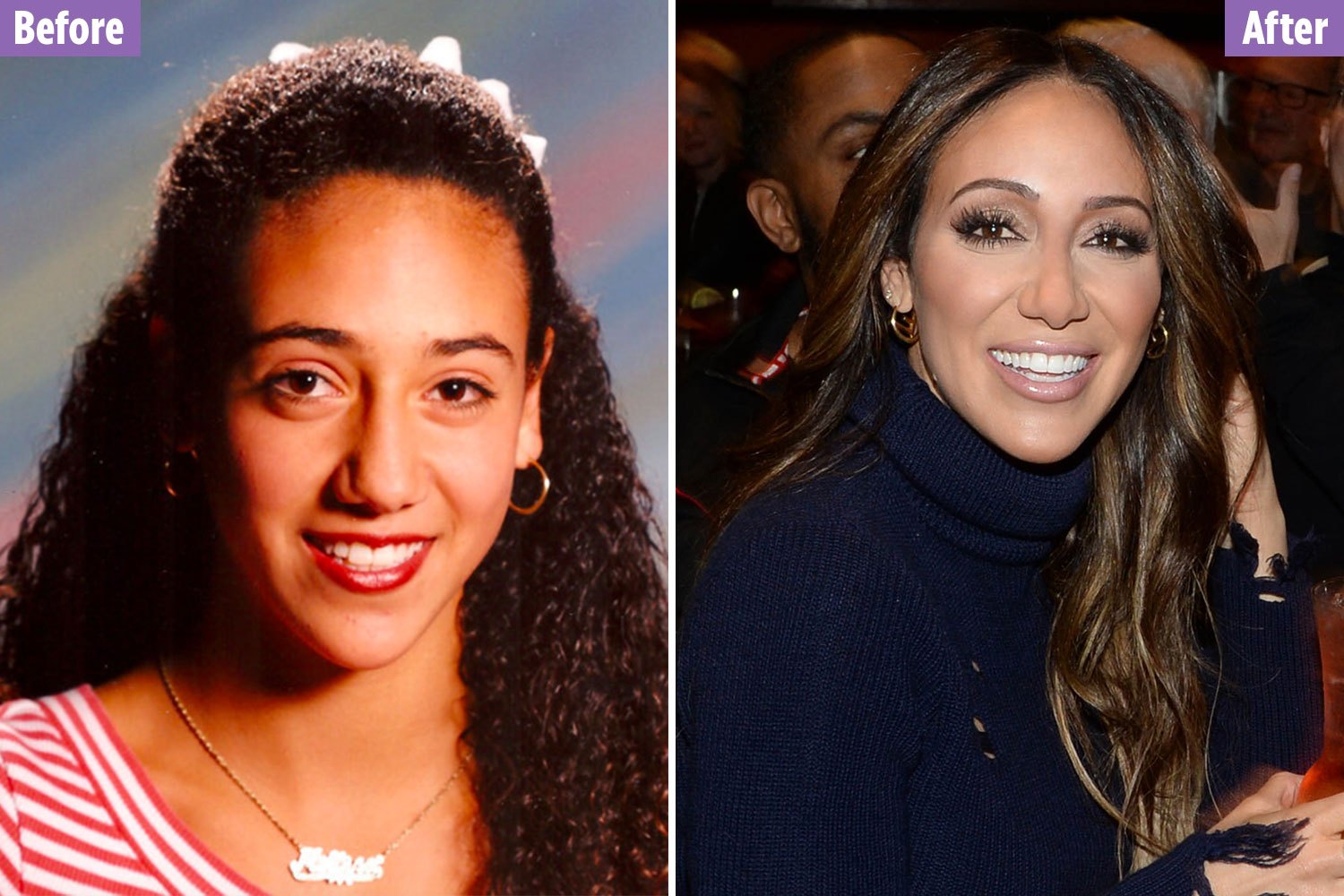 Fans of the 40-year-old Real Housewives of New Jersey star are used to her slick straight hair and glam make up she consistently rocks.

Decades before she became a reality personality, the curly-haired cutie had a very different and more casual style.

The mother-of-three also has a new nose as she admitted to going under the knife to Glamour in September 2019.

"If I'm being brutally and totally honest, I think it was watching my first season of Housewives. When you see yourself back on TV sometimes you say, 'Oh, I didn't know I had a little lump in my nose.’

"As far as my breasts go, I've had them since I was in my 20s, so it wasn't about that for me. My nose was definitely from suddenly going from being a housewife to being on TV and in magazines.

“I was like, 'I never noticed that. I think if I do that little tweak, it'll make me feel better.' And I did it and was happy with my results,” she confessed to the magazine about her procedure. 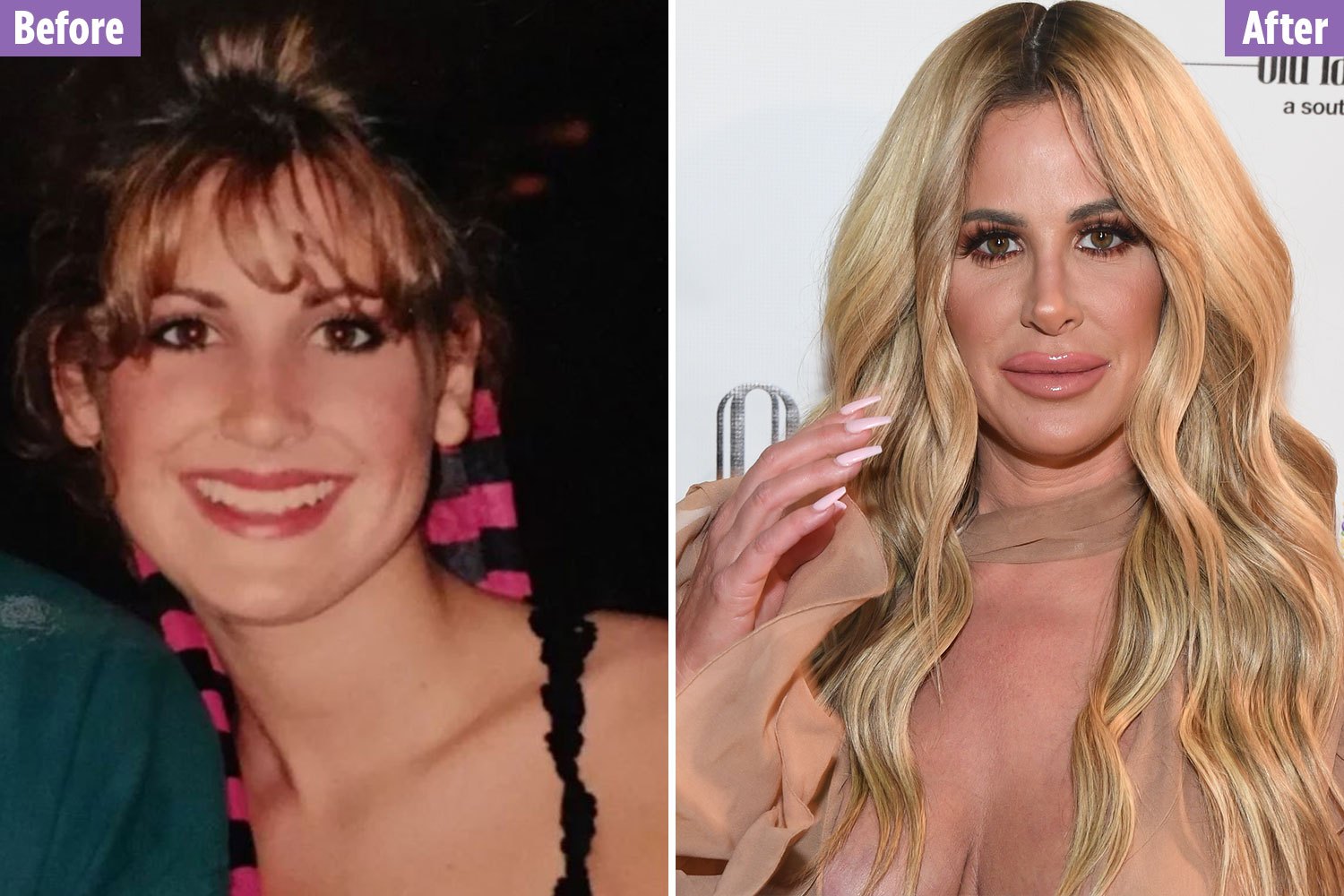 The 41-year-old former Real Housewives of Atlanta star has been candid about the numerous times she’s gone under the knife.

Don’t Be Tardy’s Kim has been such a fan of cosmetic procedures, her daughter Brielle Biermann, 23, has also gotten work done with her mom over the years.

The blonde reality star has admitted to regularly getting botox and lip injections – and also admitted to getting a boob job and a tummy tuck.

"I've had my boobs done. I fixed my hernia and had a tummy tuck at the same time, you know, it's one in the same.”

The mother-of-six also revealed she has gotten permanent make-up done because she “hates” how long it takes to apply everyday and regularly wears a wig. 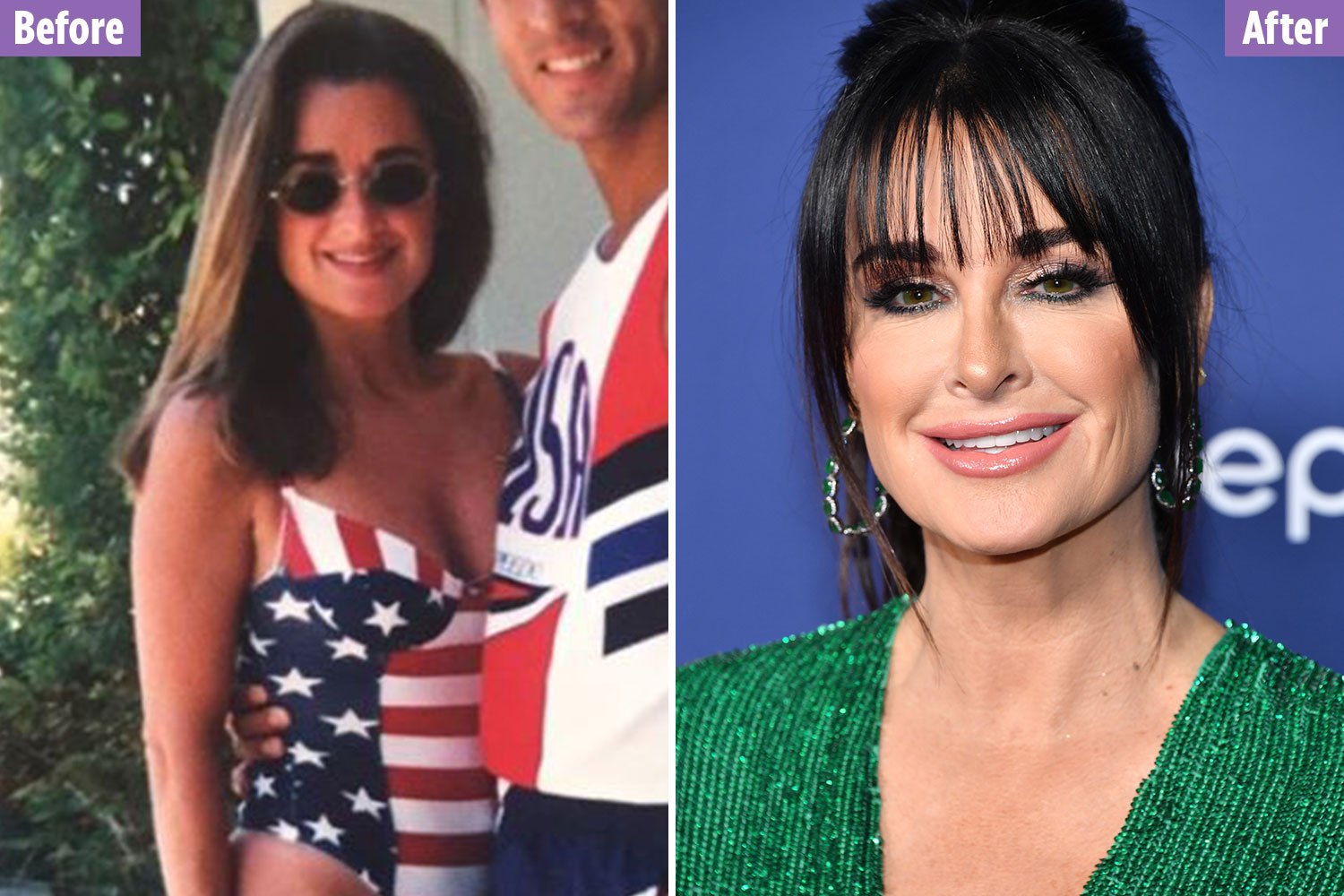 51-year-old Kyle has starred on Real Housewives of Beverly Hills since 2010 and became the last remaining original cast member on the show last year.

The actress-turned-reality star – who is aunt to Paris Hilton – responded to fans Instagram comments in 2018 that accused her of getting work done:

"I've had my nose done. No secret and I get Botox.That’s it. No fillers,” she commented.

"My mom had amazing skin and I take very good care of myself and am good at makeup. Period. Surgery requires downtime.

“I don't have any downtime and I don't feel like I need it yet,” the brunette stunner said. 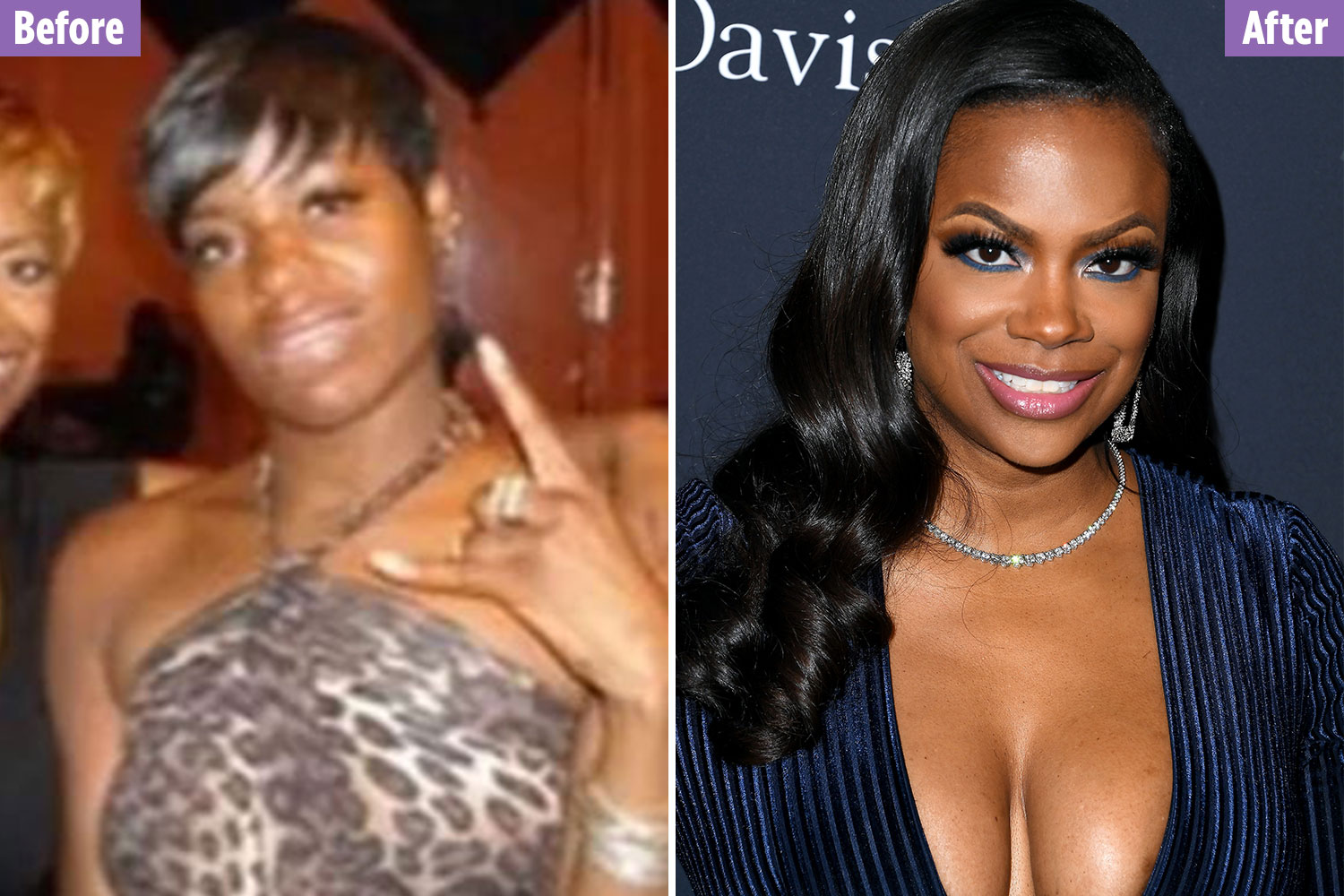 The Real Housewives of Atlanta personality, 43, traded her sleek pixie cut from years ago for her signature long dark locks.

Mother-of-two Kandi revealed during the RHOA reunion in 2017 that she like so many of her co-stars also went under the knife.

She revealed at the time she “just joined the club” after the show finished taping.

“I decided to pump them up. So I was like, ''I'm gonna take these from sleek to on fleek.'' You know what I mean?,” she said of her new features.

In a candid video on her YouTube channel posted in January 2020, she took fans with her to the plastic surgeon’s office to get botox and the discoloration under her eyes removed. 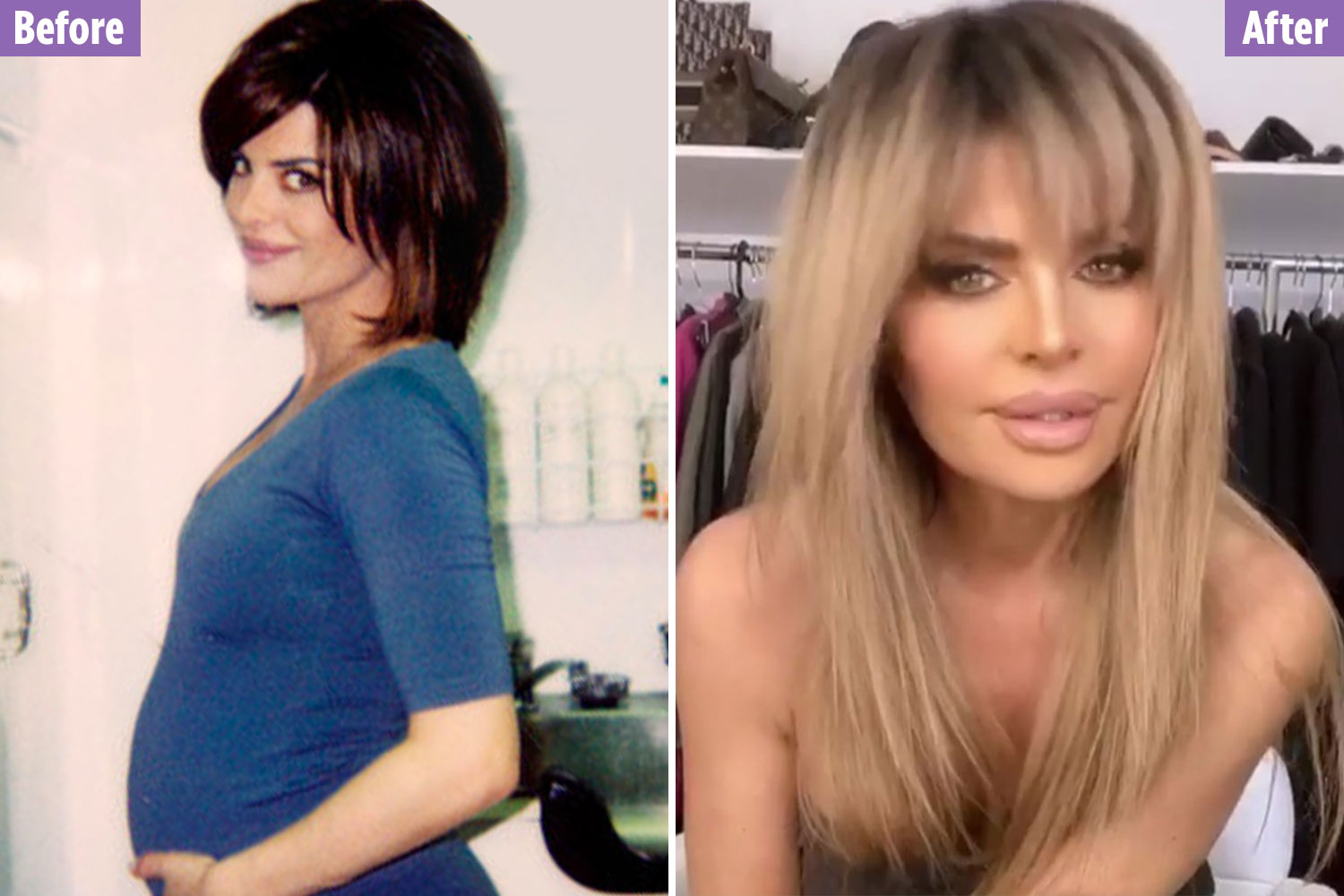 Real Housewives of Beverly Hills’s Lisa, 56, has been criticized by viewers of the show in the past for her changing appearance.

The former Melrose Place actress began to get permanent lip injections at just 23-years-old, a move she later stated was “crazy” to do in the first place.

She told People in 2010 that she “got rid” of the injections for good after the silicone seeped through her lip and created a "hard and bumpy, like peas” texture.

The fiery brunette is happy with the results: “You can see my teeth when I smile now, which you couldn’t do for a while. I’ve been smiling these big smiles!” 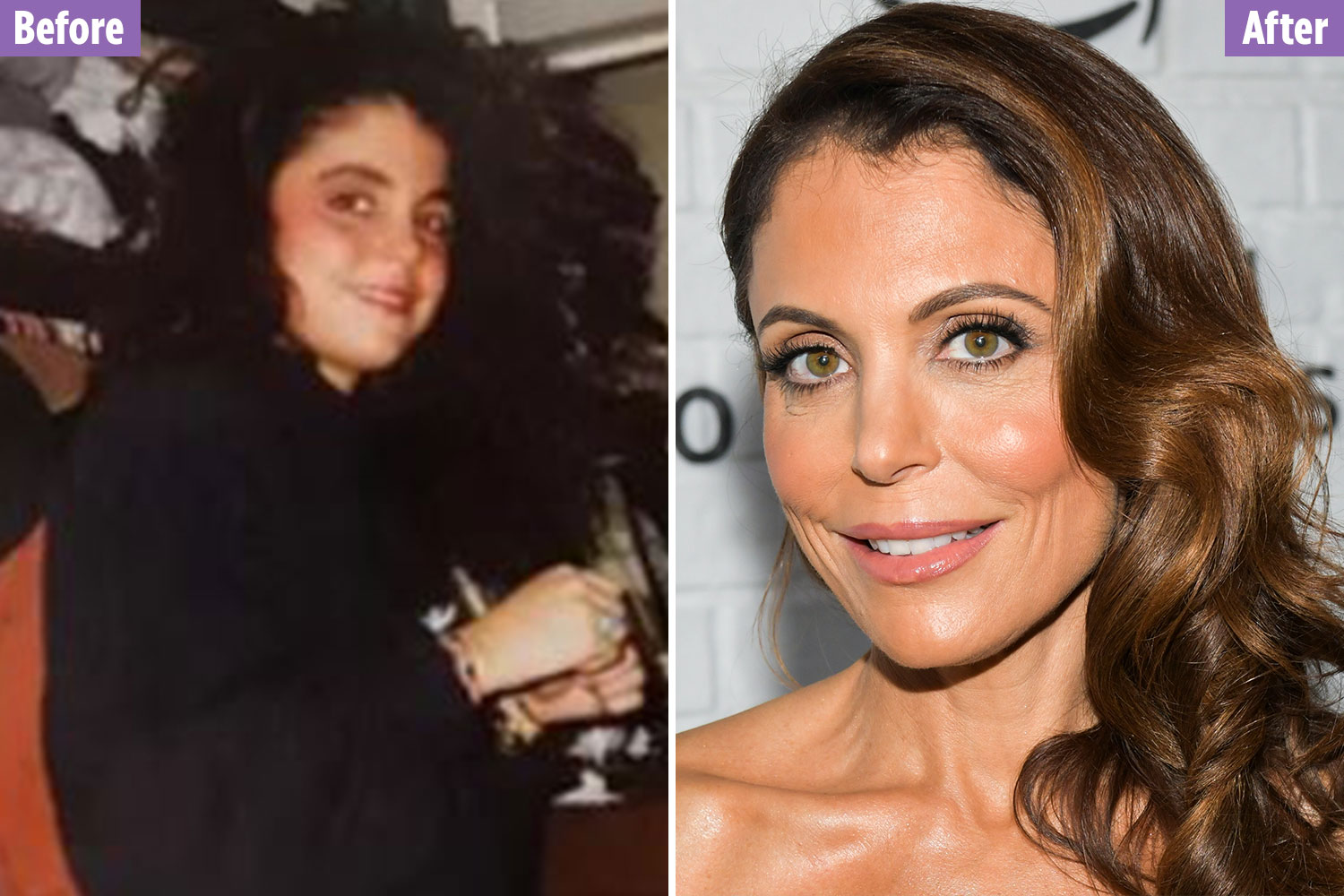 The 49-year-old leading woman of Real Housewives of New York once swapped her glamorous waves for tight, big curls.

The Skinny Girl mogul claims she has not had any “invasive plastic surgery” but did admit to getting facial injections.

“I do look different. I’ve had Botox in my jaw. You can see that my jaw has completely changed,” she told Life & Style in 2018.

Bethenny surgeon Dr. Jonathan Sykes said he “made changes to soften her facial appearance” and added: “The contraction of her lower face muscles has lessened, giving her face a more heart-shaped appearance.” 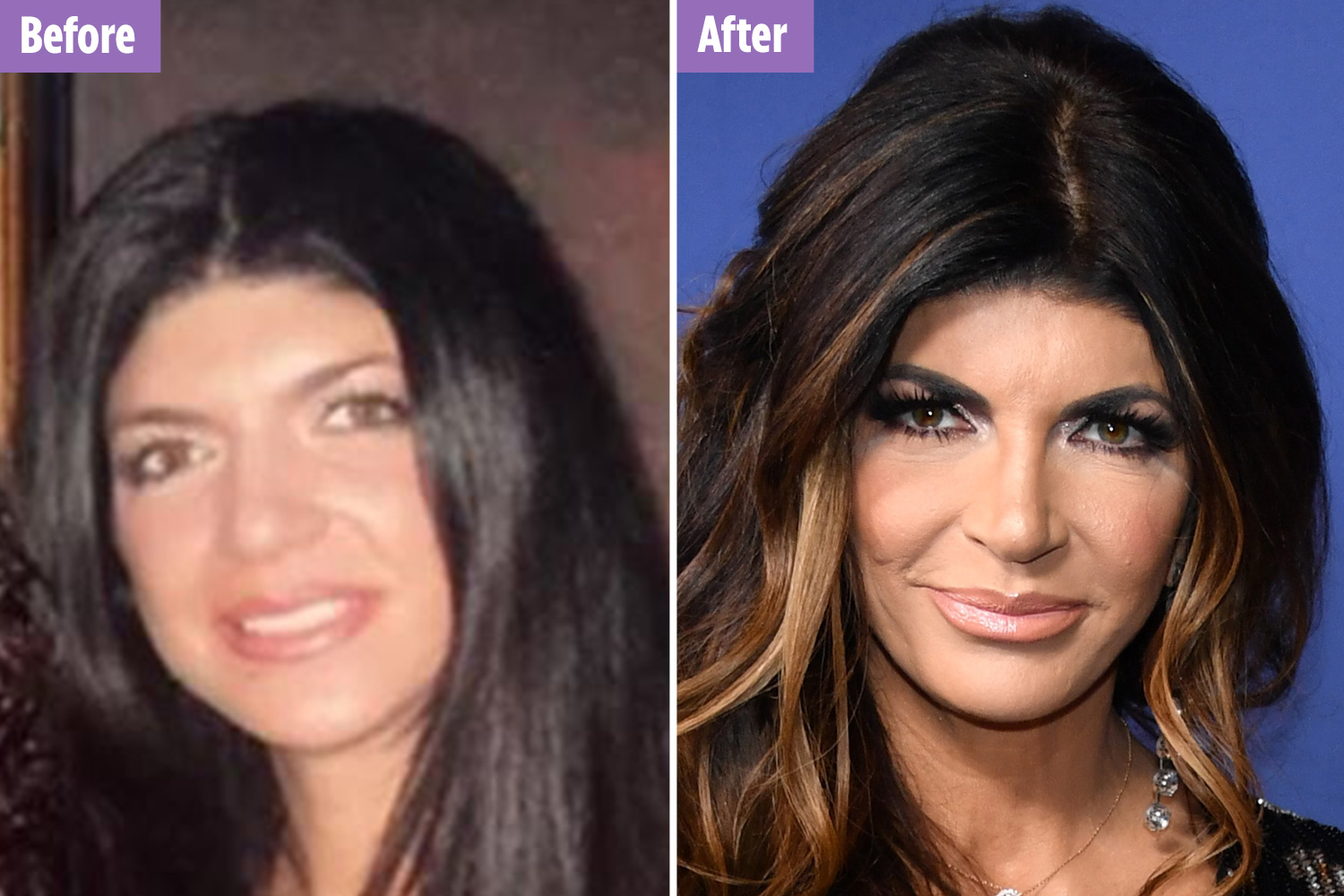 The 47-year-old Real Housewives of New Jersey star recently opened up about the second boob job she had done in 2018.

While talking to Bravo boss Andy Cohen, 51, the mom-of-four said it was “necessary” to go under the chest knife once again.

“I was very nervous to re-do my breasts, but I felt it was necessary for me to feel like my best self,” she said on Watch What Happens Live.

The reality star – who also admitted to regularly getting botox – added she “could not be happier with the results.” 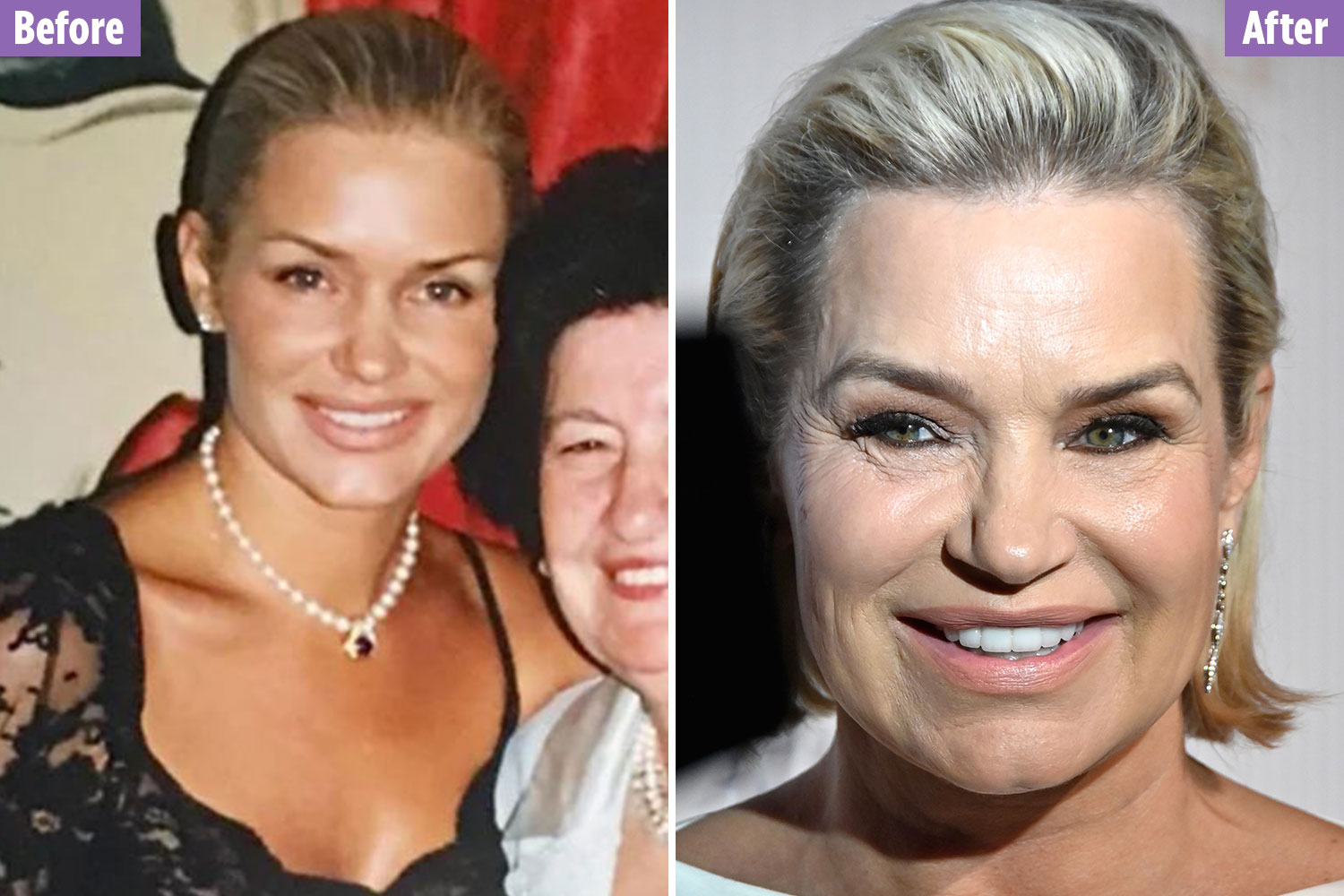 The 56-year-old former Real Housewives of Beverly Hills star has long been known for her beauty since she became a supermodel in the 1980’s.

Gigi and Bella’s mom made headlines last year when she announced on Instagram she had taken out all of the implants and fillers she had gotten done in her lifetime.

“Finally back to the original 1964. Living in a body free of breast implants, fillers, botox, extensions and all the bulls**t I thought I needed in order to keep up with what society conditioned me to believe what a sexy woman should look like until the toxicity of it all almost killed me.

“Your health is your wealth so please make educated decisions, research the partial information you’re given by our broken system before putting anything foreign in your body,” she warned her followers who considered getting similar treatments. 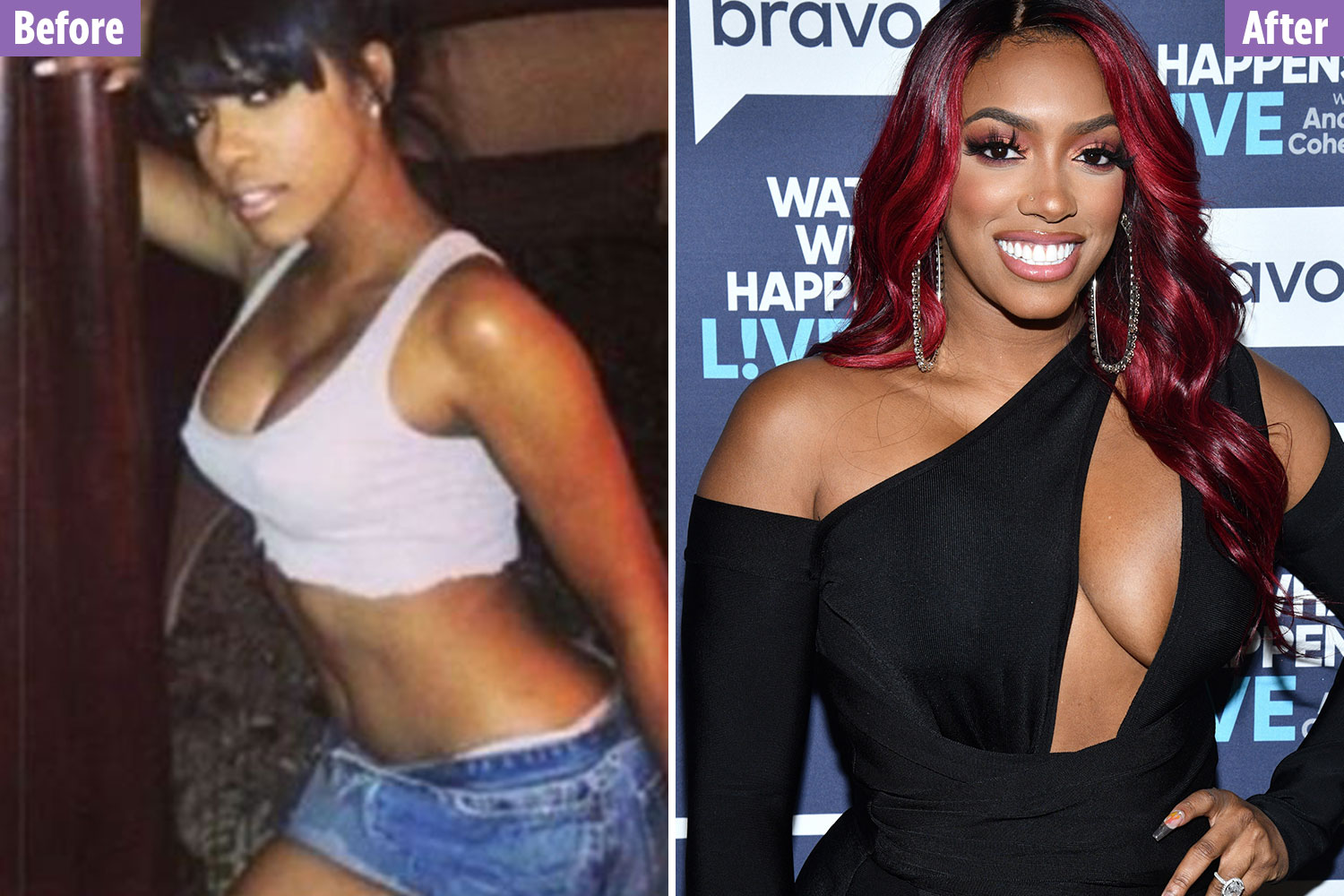 When Glamour asked the Real Housewives of Atlanta cast “what work have you had done," Porsha, 38, responded: “Everything, we're plastic.”

The mother-of-one has been open in the past about her breast augmentation and even posted a video of her nose job to her fans.

In March 2016, she thanked her surgeon on Instagram for her “beautiful new nose-done in minutes WITHOUT surgery.”

The 15-minute procedure uses injections to "enhance the shape of a small bridge of the nose.”