The teaser for the highly-anticipated TV show has been well-received by fans as they gear up for the reboot of the hit horror film franchise. 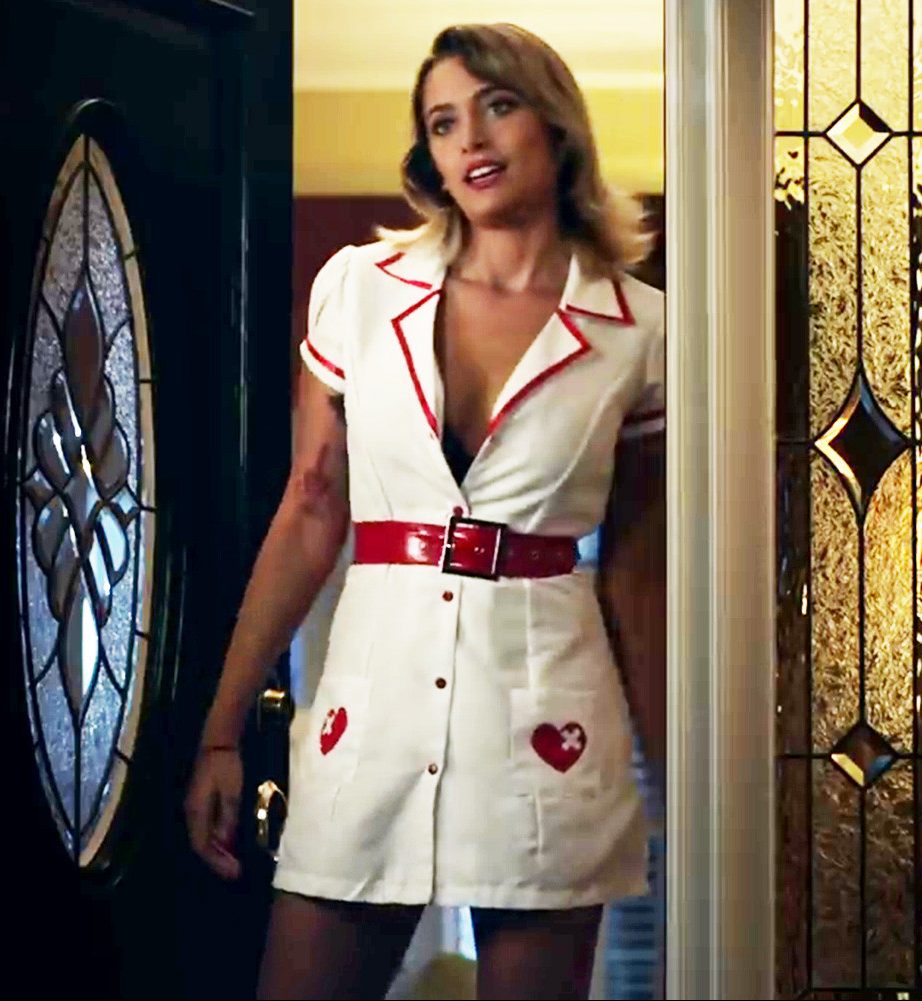 The first Scream movie was released in 1996, with the fourth instalment hitting screens in 2011.

The original TV series ran on MTV for two series in 2015 and 2016, with the upcoming season in production since 2017.

The revamped six-episode series features a whole new cast, with its trailer showing iconic villain Ghostface on TV for the first time ever.

The character is being voiced by original actor, Roger L Jackson – but he is tormenting a brand new set of teens. 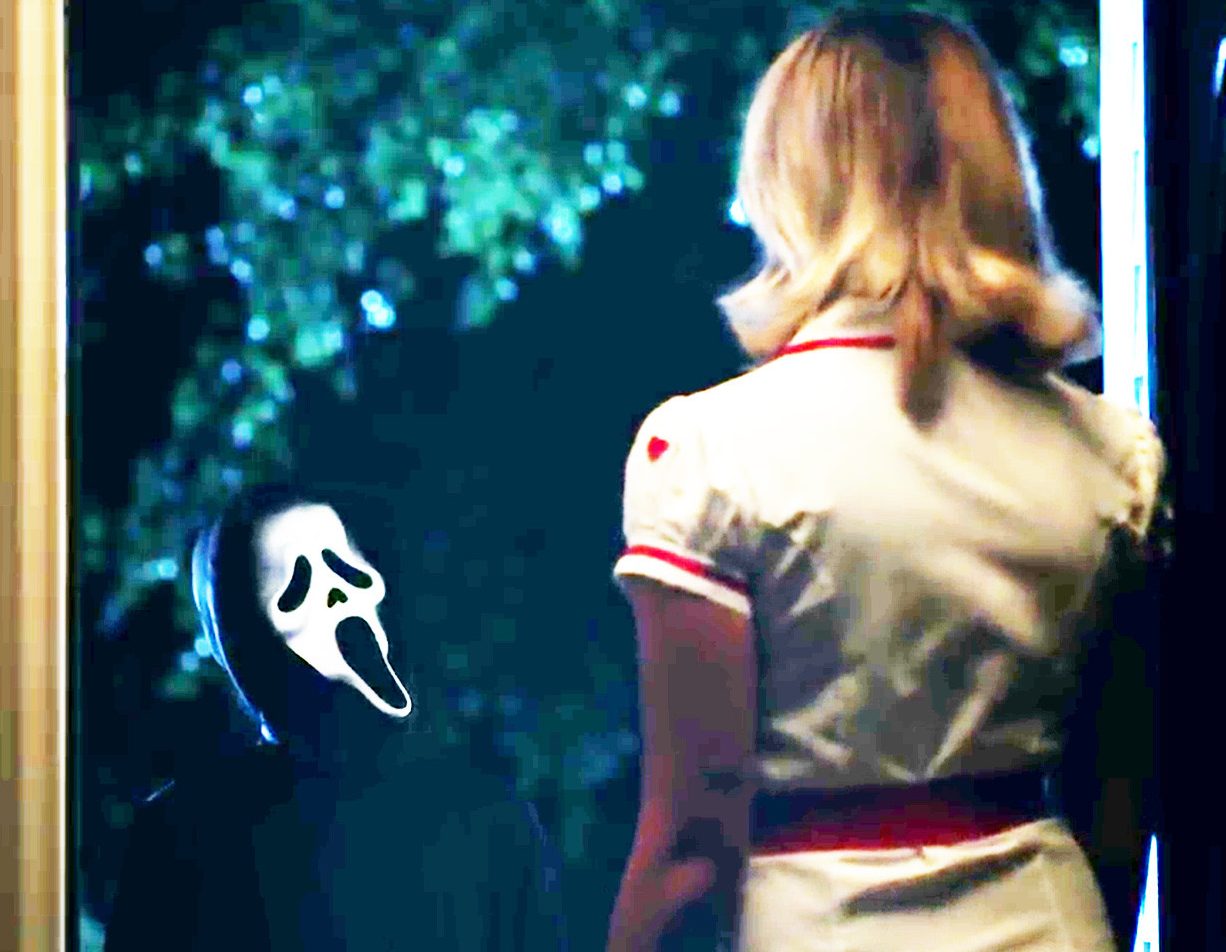 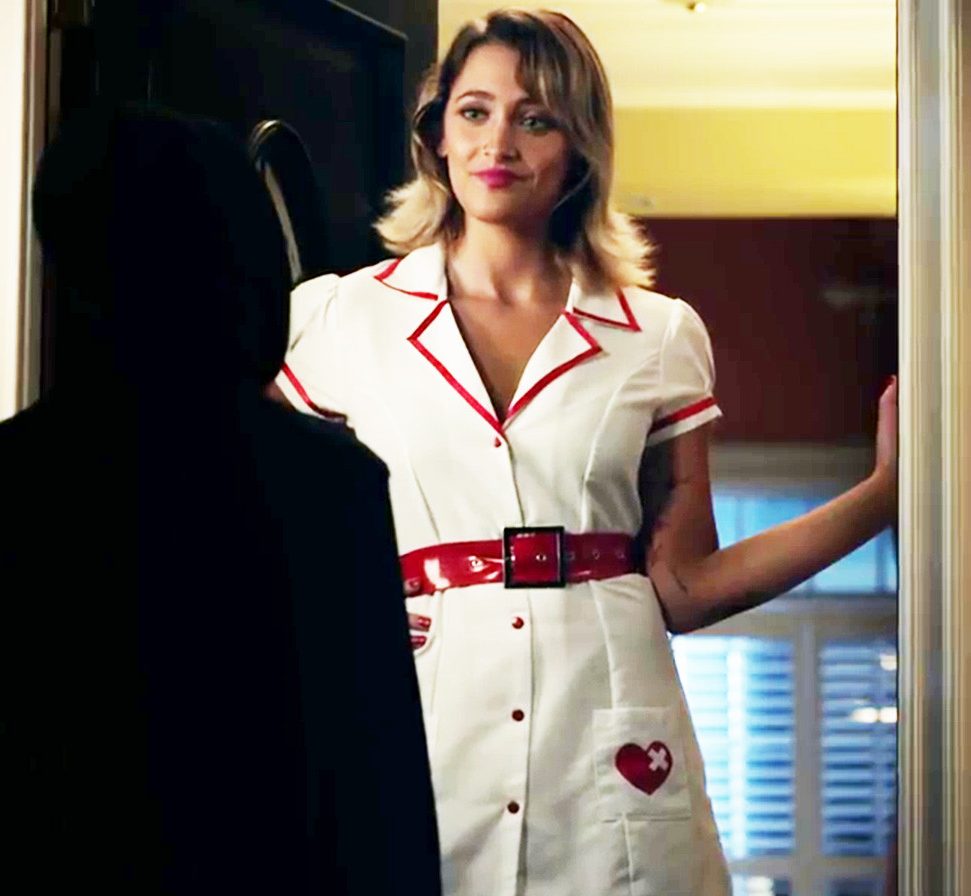 Tyler Posey, Tyga, and Mary J Blige all star in the show, with Paris making a brief cameo as Becky.

In the trailer, the star is dressed up as a nurse for Halloween, showing off her impressive figure in the PVC costume complete with a red belt and embroidered hearts on her white uniform.

She completes her look with her trademark nose-ring and bold pink lipstick. 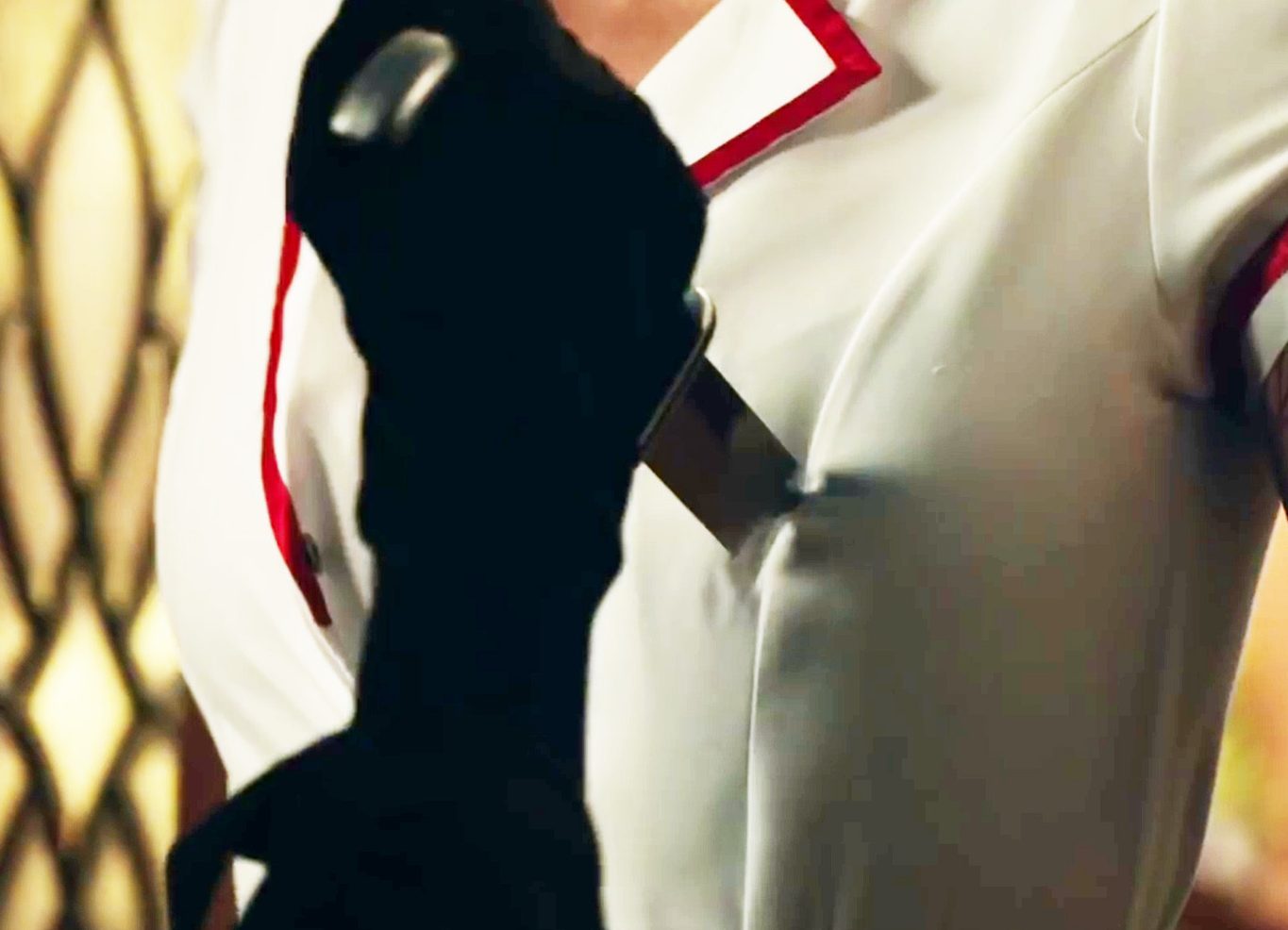 Paris rolls her eyes as she opens the door to Ghostface, asking him if he is going to "trick" her.

An extended sneak peek of Paris' role that was released last month showed the starlet slicing tomatoes in the kitchen before receiving a suspicious phone call.

Wearing a dressing gown, Paris panics when the caller asks her what her favourite scary movie is, cutting her finger after being left startled by the doorbell ringing.

She slips out of her robe as she answers the door to reveal her sexy outfit, asking Ghostface: "What are you supposed to be? 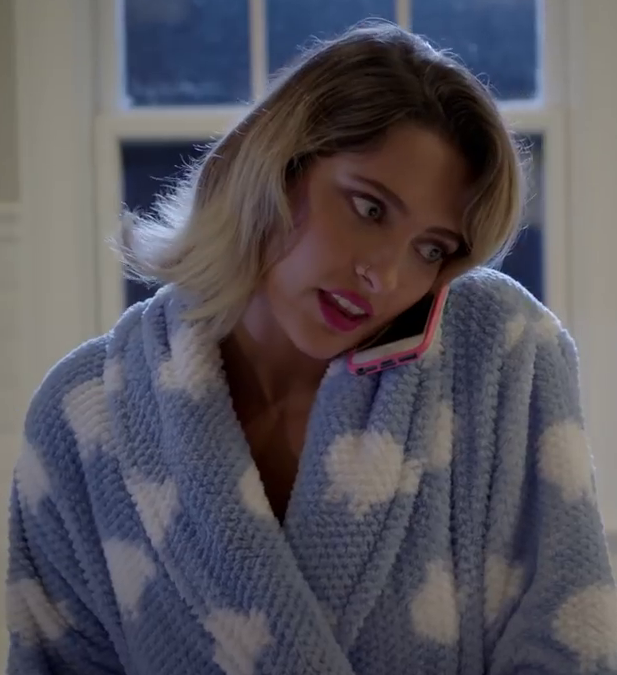 "Aren't you supposed to trick me or something?"

Ghostface then pulls out a knife, stabbing her in the breast, only for Paris to not react as she hands him some candy and says: "Careful, I paid a lot for these bad boys.

Paris made her feature film debut in 2018, starring in crime comedy Gringo alongside David Oyelowo, Amanda Seyfried, and Thandie Newton. 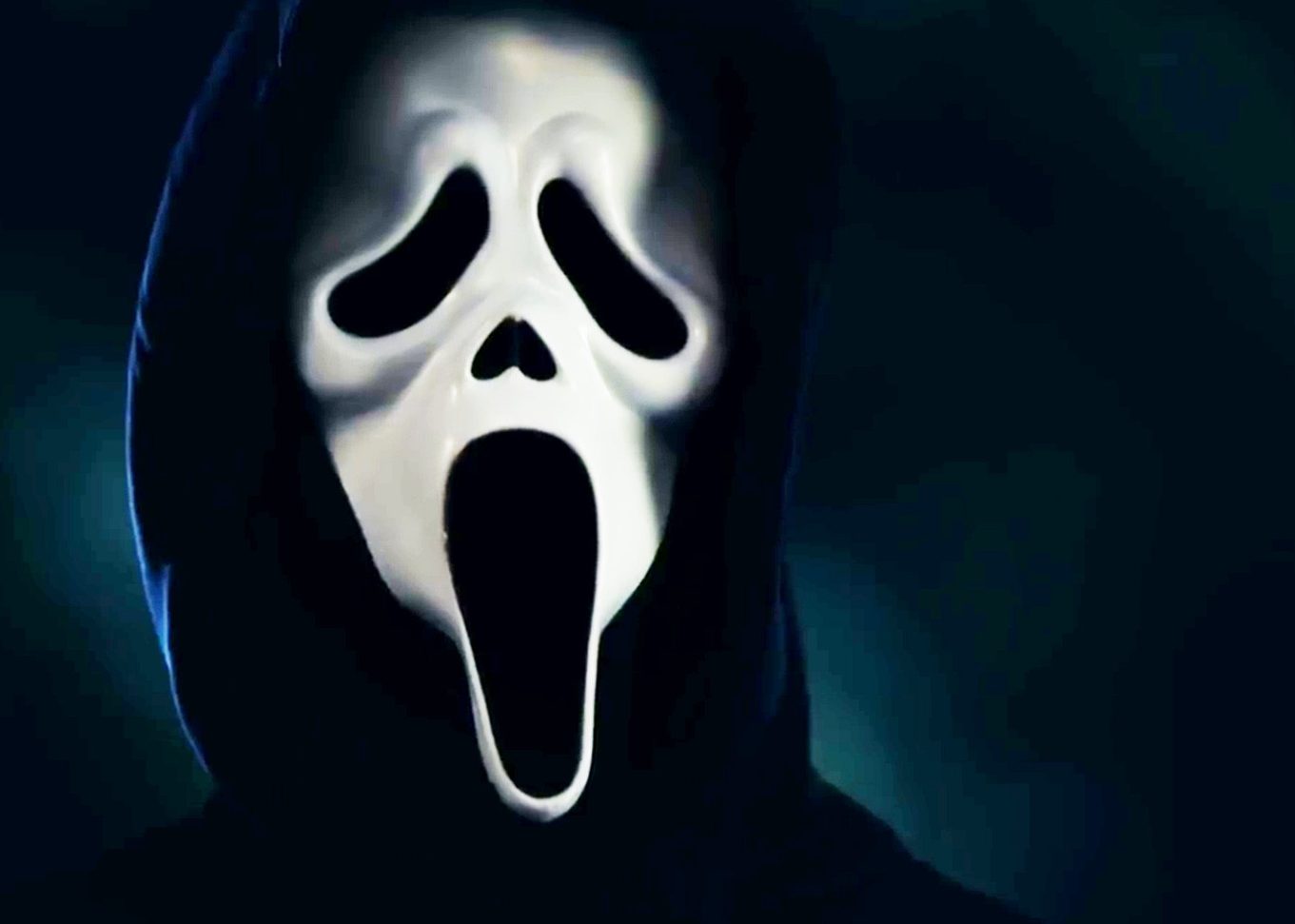 She also appeared in four episodes of US TV series Star.

Describing the new Scream series, VH1 previously said: "Set against the vibrant backdrop of Atlanta, ‘Scream’ features a brand-new cast of characters destined to fall prey to the mysterious killer known as ‘Ghostface’.

"The series centers on Deion Elliot, a local star football running back, whose tragic past comes back to haunt him and threaten his hard-earned plans for the future… and the lives of his unlikely group of friends.

"The return of the iconic Ghostface marks the first time the mask will be shown in a TV series and will feature Roger L. Jackson’s voice."

Scream Resurrection premieres in the US over three nights next Monday July 8th on VH1, with a UK air date yet to be announced.