Riverdale has left fans scratching their heads in the latest episodes of season four, as Jughead Jones’ (played by Cole Sprouse) was supposedly killed off in the show back in the first half of the season. Although the way in which he dies has been shown, the reasoning has not yet been outed.

Viewers are simply not convinced Jughead is going to die this season, however, and have instead opted to create a number of theories surrounding what is “really” going to happen.

With a number of ideas ranging from the death being in Jughead’s book, to a fake death – and now viewers believe it isn’t Jughead who is being killed off after all.

Instead, fans think the actual soon-to-be-dead-person is going to be Bret Weston Wallis (Sean Depner).

Bret has already made some enemies in Riverdale, despite only appearing in the boarding school Stonewall Prep. 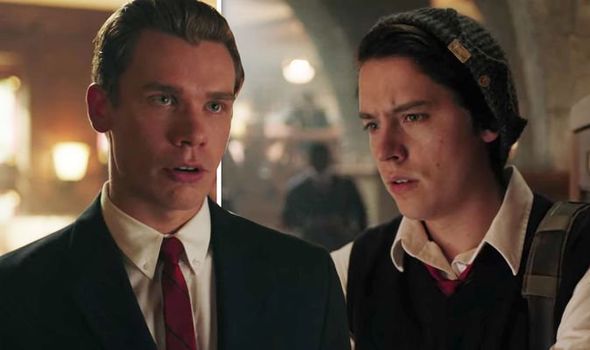 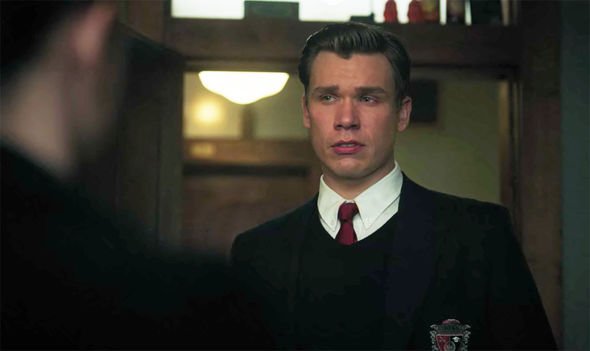 In particular, he has made quite the enemy out of Betty Cooper (Lili Reinhart) – who was the person seen killing off “Jughead” in the flash-forward.

Reddit user Bionic_Ferir recently wrote: “What if it isn’t Jug that dies but Bret?

“Like I know we have seen flash forwards to the future with him in it but like it is Riverdale we don’t know what kinda weird b******t they could be pulling, what if Jug kills him and so they have to pretend Jug is dead?” (sic)

This theory is a little strange however, as it would require someone wanting Jughead Jones dead in order for them to create the scenario. 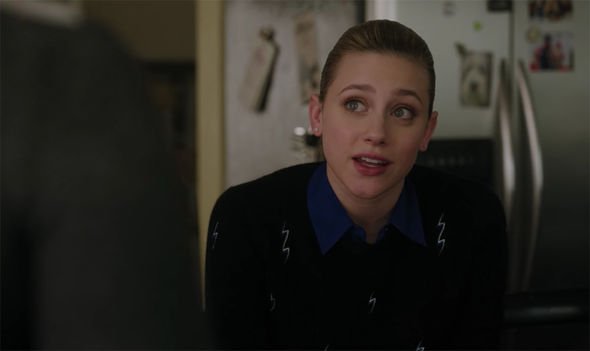 It would also require them to be able to disguise Bret’s deceased body as Jughead’s, in order to keep up the ruse.

This certainly wouldn’t be the most outrageous plot thread Riverdale has explored, so fans may be able to expect almost anything happening.

Meanwhile, viewers have also come to the conclusion that it actually is Jughead who is dead, and he was murdered by two unsuspecting villains.

However, they don’t believe the plot succeeded, prompting a huge cover-up at the hands of Jughead’s friends.

They went on: “Jughead almost dies at the hands of Charles and Chic. The gang fake his death to keep him safe.

“Then figure out a way to reveal Charles and Chic as the real criminals.”

Another fan agreed, saying: “I actually like the Charles/Chic theory better, but after Pretty Little Liars I promised myself I would stop guessing mostly because of that stupid twin reveal.”

But as Chic (Hart Denton) and Charles (Wyatt Nash) have been involved in a number of double-bluffs before, there could be some holes in this theory.

Otherwise, Betty may quite simply be the murderer behind Jughead’s death, leaving him to be killed off before his time.

Riverdale season 4 continues on February 5 on The CW and February 6 on Netflix UK.