After scoring the second goal to secure England’s win against Germany during Sunday’s Euro 2022 final, the footballing hero stopped by the ITV studios to talk about the history-making match, which marked the nation’s first major win since 1966.

But fans of the programme were horrified when Richard went to end the interview by using a nickname he has for his daughter, Chloe.

‘Chloe, or Coco as I call my daughter Chloe, Coco thank you very much indeed for coming in!’ he said.

‘Thank you for having me,’ Chloe replied, turning her face from the camera with a bit of an awkward look.

Viewers were quick to comment on the moment, with some branding the whole thing ‘creepy’. 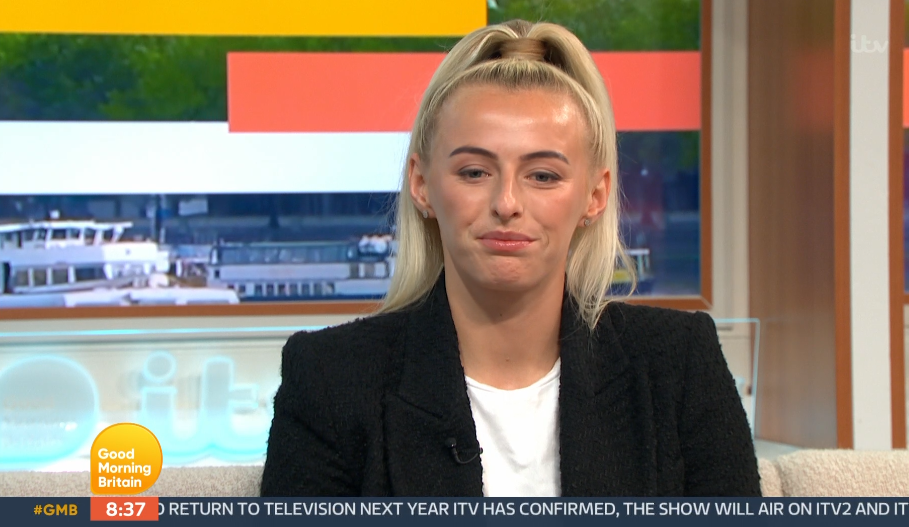 ‘I’m still trying to get my head round why Richard Madeley felt it was appropriate to call Chloe Kelly, “Coco” just because that’s what he calls his daughter?!?’ asked one.

Echoing a similar sentiment, another penned: ‘Richard calling that lioness footballer the same nickname he calls his daughter is just creepy and totally inappropriate. She’s called Chloe, not Coco!’

‘Richard Madeley is creepy! You just DON’T Call Chloe Kelly “Coco” because that is what you call YOUR Daughter who is called Chloe,’ a third raged.

Before the odd sign off, Chloe told presenters Kate and Richard that she was always going to take off her shirt to celebrate Sunday’s decisive goal but was briefly worried VAR may ruin the moment.

After Chloe’s goal was awarded, the 24-year-old whipped off her jersey in a now viral image.

‘It’s the best yellow card I have ever received,’ Chloe told the hosts.

She continued: ‘I think that moment, everything is a blur and you celebrate for what the moment is and not “am I allowed to take my shirt off?” Because as you know I am always taking my shirt off and going crazy!

‘In men’s football they would be doing exactly the same so, as a woman, why can’t we? I think in that moment every England player and every England fan was in it.’

Good Morning Britain airs weekdays from 6am on ITV.