Tamra Judge from The Real Housewives of Orange County says she only drinks alcohol when she’s out on the town with friends.

Judge recently shared what she eats and drinks during a typical day. After winning a bodybuilding competition in 2016, Judge has been on a health and wellness journey. Although Judge has always been petite she kicked up her food and fitness routine after she saw that her body underwent a few changes as she aged. 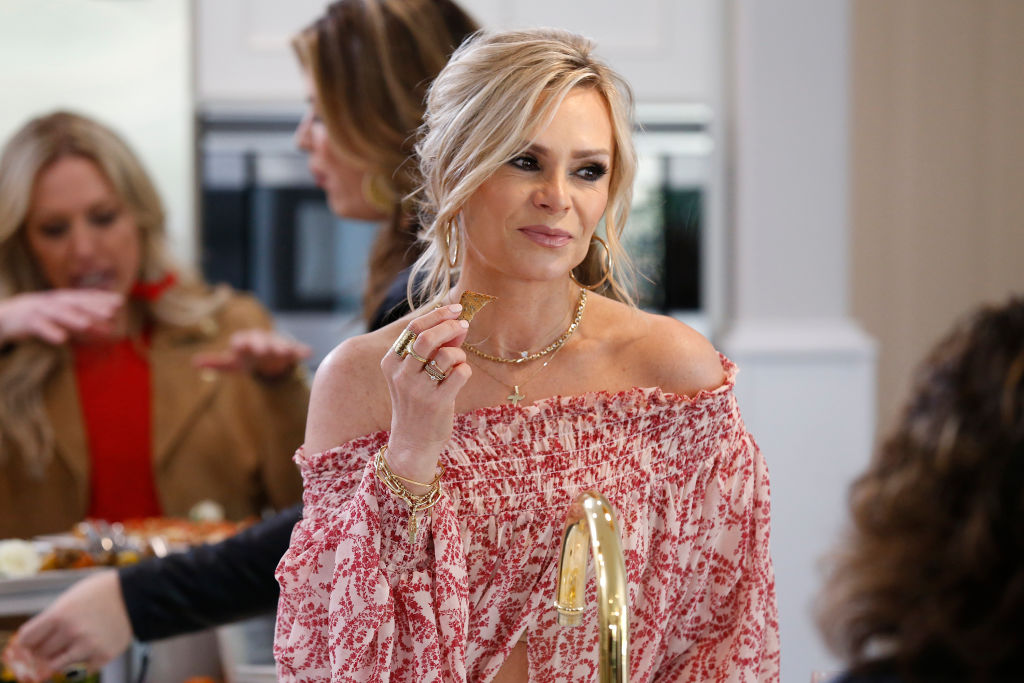 “I was at the age where a lot of women’s bodies start to go through menopause, and I’d been seeing some changes in my body and I didn’t like it,” she told People. That meant not only working out hard but also being pretty strict with her food and alcohol intake. One way she keeps her alcohol intake to a minimum is to avoid drinking at home.

She only drinks when she goes out with friends

Guests who pop over to Judge’s home may be offered sparkling water or a nonalcoholic beverage. “I don’t drink alcohol at the house,” Judge revealed in a Bravo digital original. “So the only time I drink alcohol is if like we go to dinner with somebody. We just drink water at our house, that’s it.”

Judge said she’s just a social drinker. She posted an Instagram question and answer session and a fan asked her how often she drinks alcohol. “Not often,” Bravo’s The Feast shared. “Social drinker. Rarely drink at home. Drink [wine emoji] [too] often during filming season. Hard to workout after drinking.”

She may even bypass the booze altogether when out with friends. Judge recently shared an Instagram photo having drinks with friends. The women appear to be doing tequila shots, but instead, Judge revealed they were downing water shots. “5 moms, 18 kids between us , 5 Strong shots of WATER , in bed by 9:00 . pretending to be wild 😜 on Instagram.”

But she’s getting a little wild this season

Although Judge won’t drink at home, she’s been making up for lost time on RHOC. Cameras captured Judge getting especially silly during Shannon Beador’s birthday train party getaway. She and Braunwyn Windham-Burke both celebrated a little too much and ended up making out at a restaurant.

Gina Kirschenheiter said she was a little embarrassed about the makeout session, adding that Judge isn’t a big drinker and can get drunk quickly. “The thing is Tamra’s not really a big drinker,” she told Hollywood Life. “When she does drink she just gets completely s***. So it’s a problem for her with, in that aspect of it.”

Although he didn’t comment about that particular scene, Judge’s husband Eddie also cringes when he sees his wife getting drunk on television. In a now-deleted Instagram post, Judge wrote that her husband was embarrassed watching an earlier scene when the ladies got sloshed. “So embarrassed. This is the exact reason why my husband gets so annoyed [slash] mad when I get drunk on national TV. Don’t forget to watch RHOC tonight to see a bunch of drunk a**holes,” Bravo’s The Daily Dish recounted.