The Roller Coaster vocalist opted for a very sexy look as she added fishnet stockings and black suspenders to her look, using a sleek black robe as a minimal cover-up. 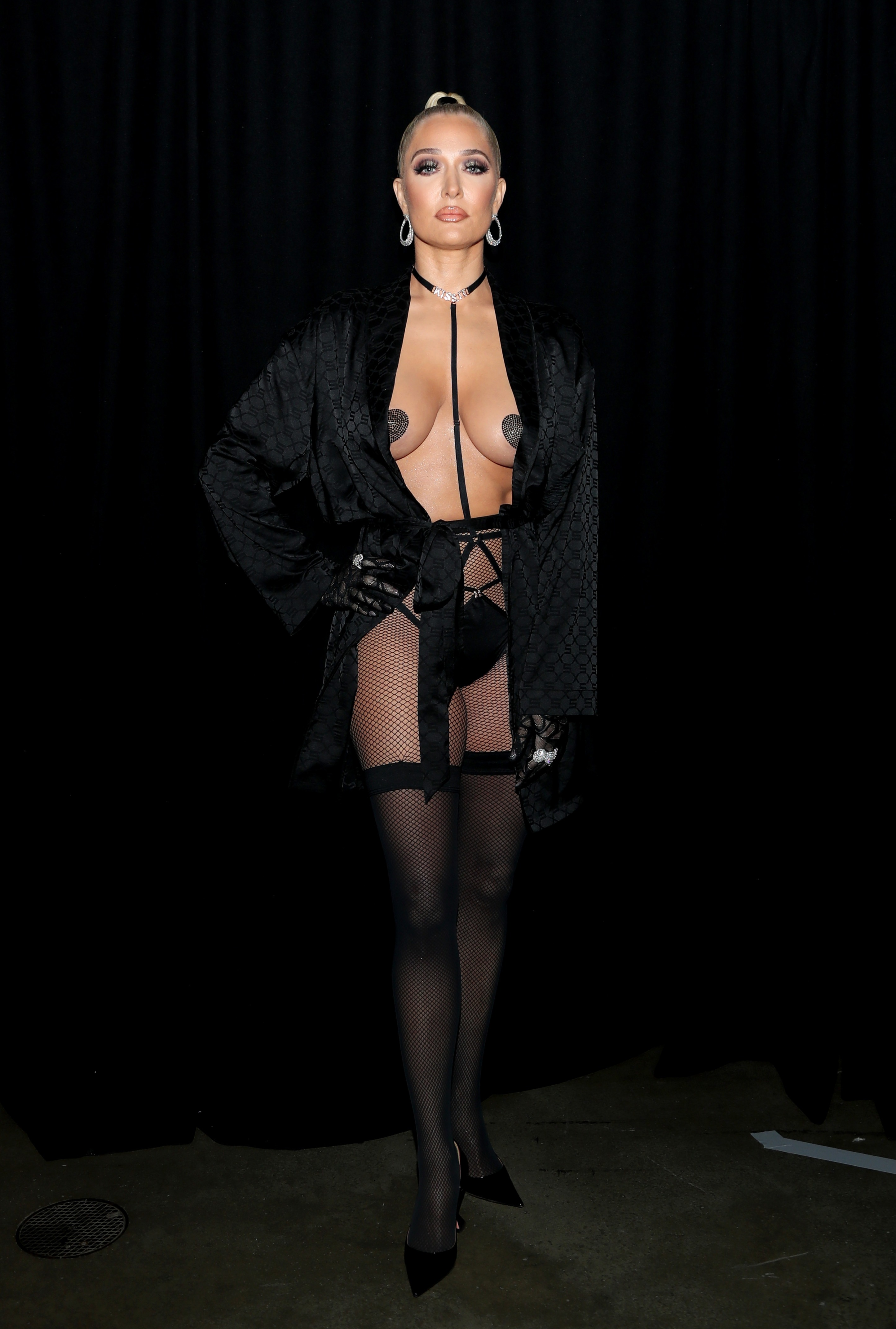 Erika, 49, wore her blonde hair in a simple high pony tail and a pair of dazzling silver earrings.

She added another splash of sultriness with heavy black eye make up and lashings of mascara.

The RHOBH favourite struck a series of poses at the celeb-studded lingerie showcase, including one where she flashed a pout while perching her gloved hand on her hip and another where she strutted the stage.

Later on, she switched up her look for a sexy yet sophisticated crisp white blazer with a snake print bra peeking out underneath. 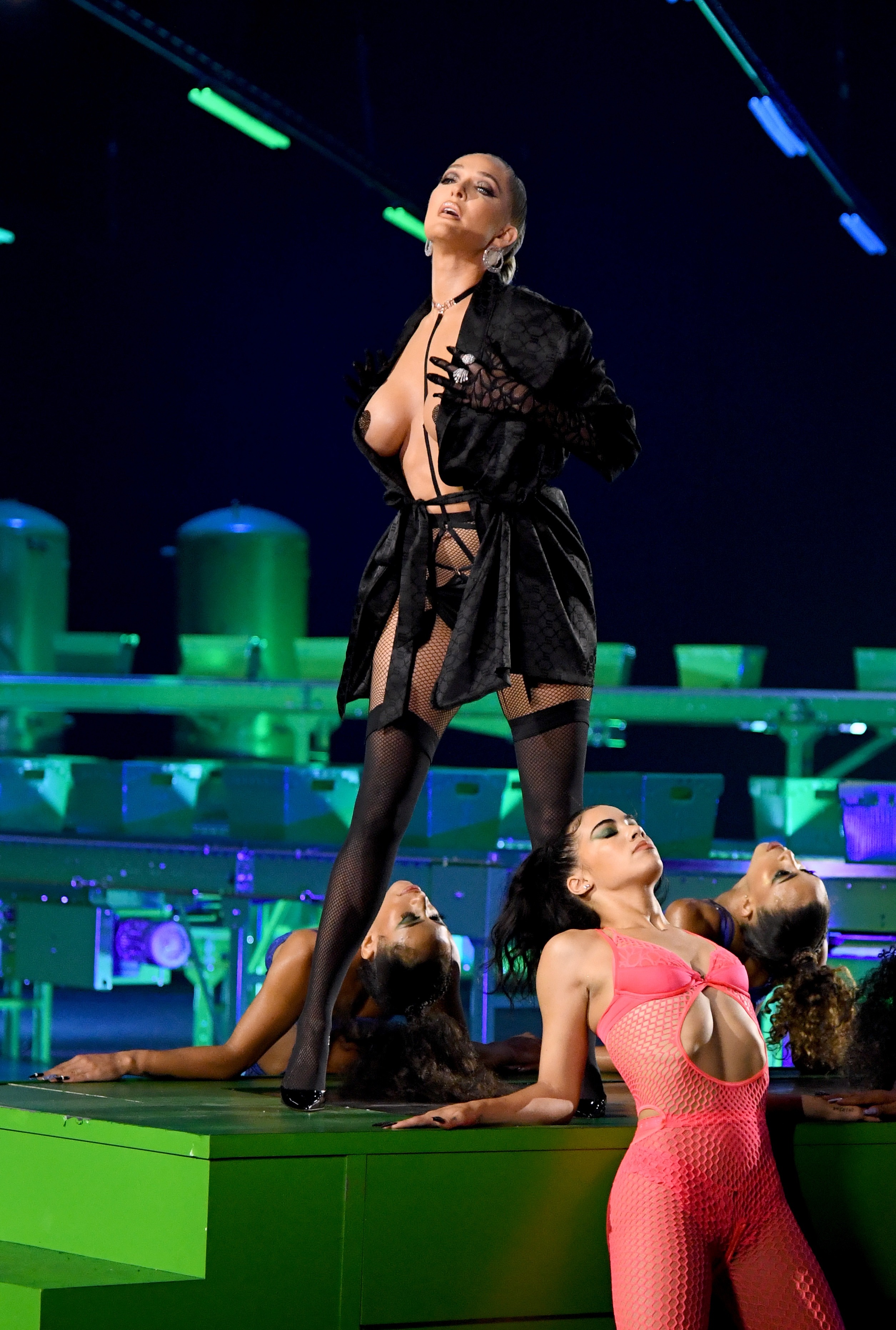 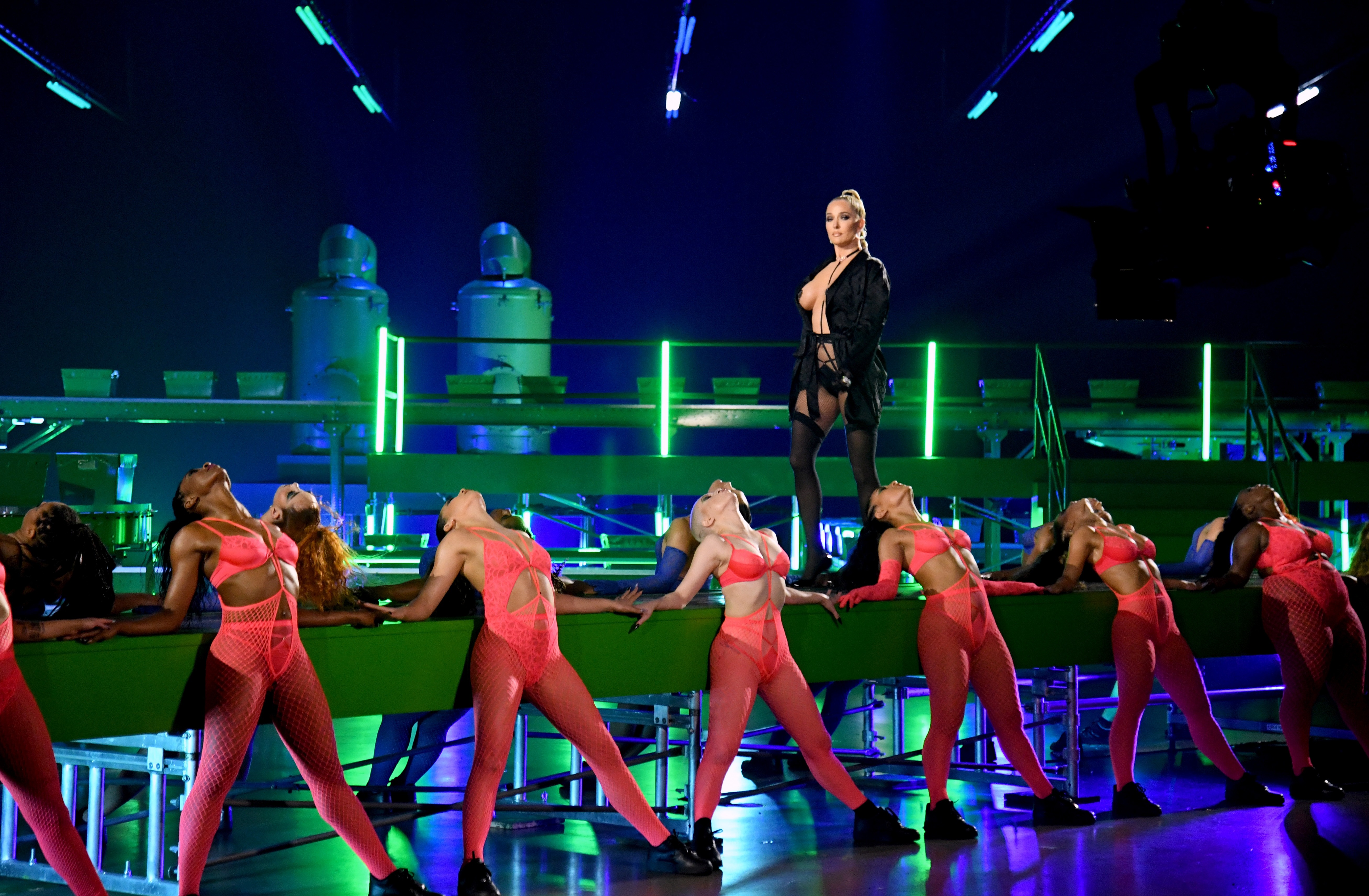 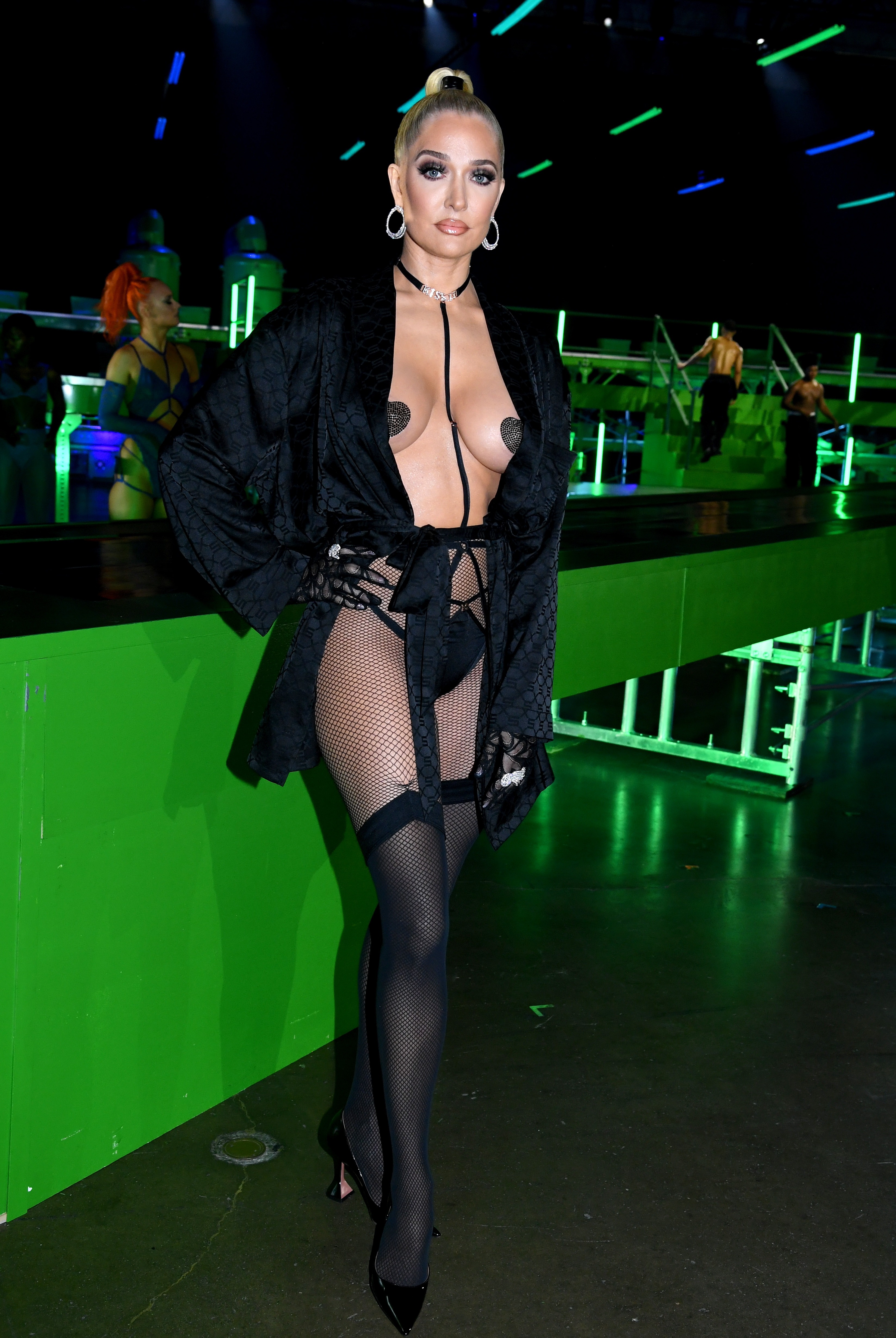 The stunning attire, revealed at the event in LA this week, was part of Ri Ri's latest red-hot collection.

The S&M singer, who held court in a leather coat, said of her runway show: “Inclusivity has always been a part of our brand. That’s not a ‘right now’ thing.

"It’s sad it’s right now for most brands, but that’s always been who I am – how I operate with everything I’ve done creatively, whether it’s make-up or lingerie. I get excited to see people be a part of my brand.

“It’s not like I went into it thinking, ‘Let’s make a movement’. 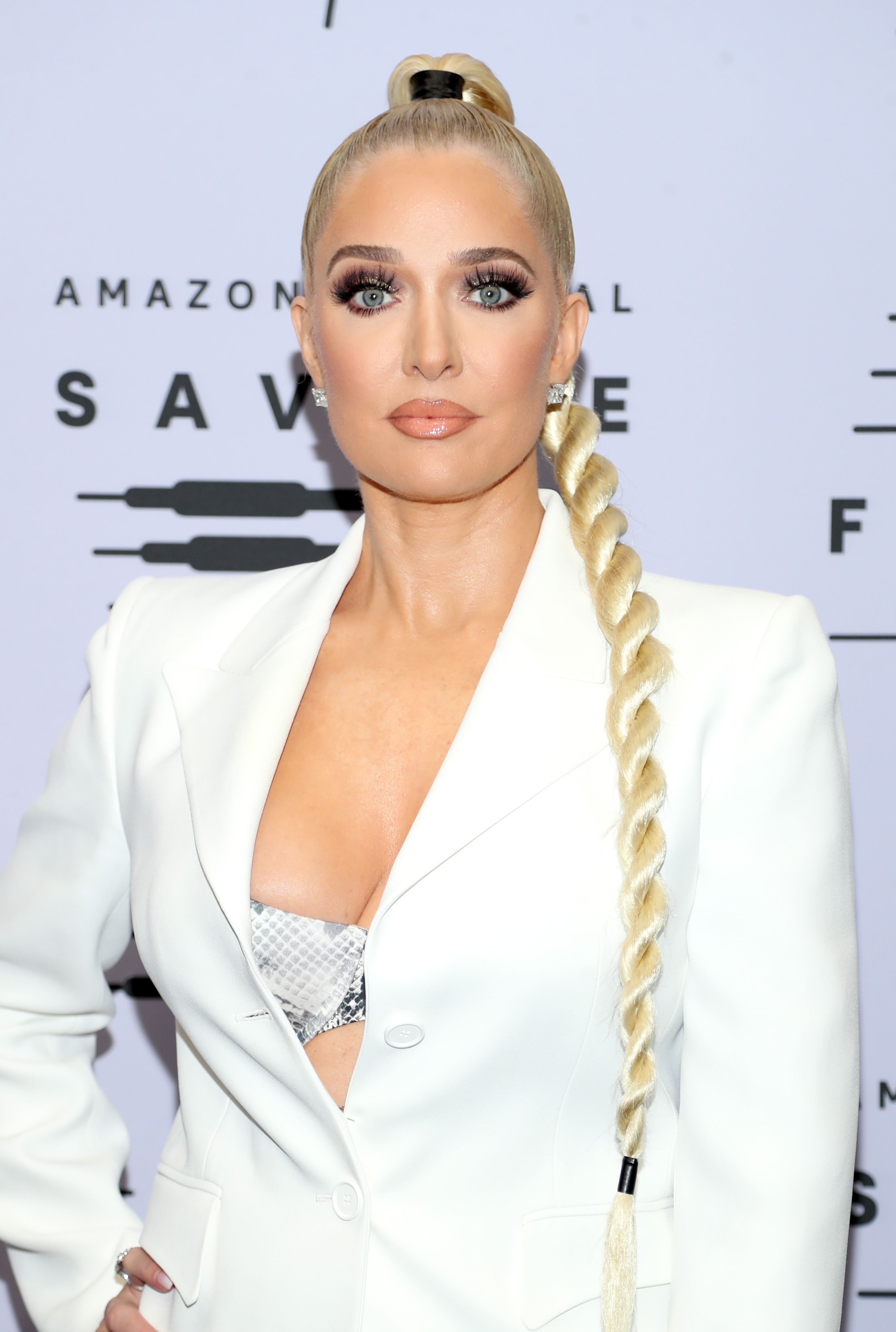 "I feel great that there are women that are feeling like they see themselves on the stage for the first time.”

Cara Delevingne and Bella Hadid sported selections of the bondage-inspired gear while Paris Hilton opted for an eye-popping pink bodysuit.

Others on the catwalk included singers Lizzo and Normani. 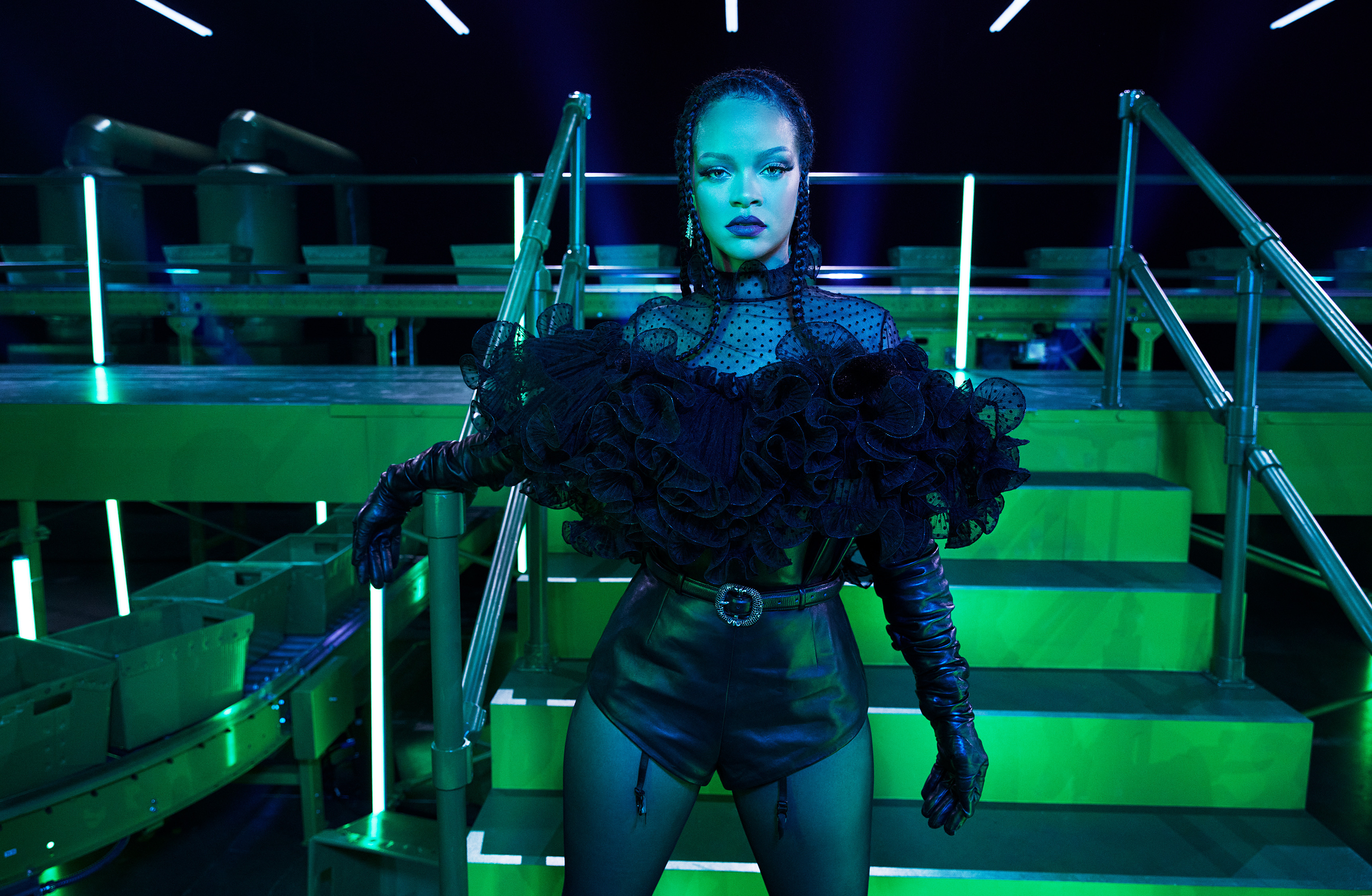 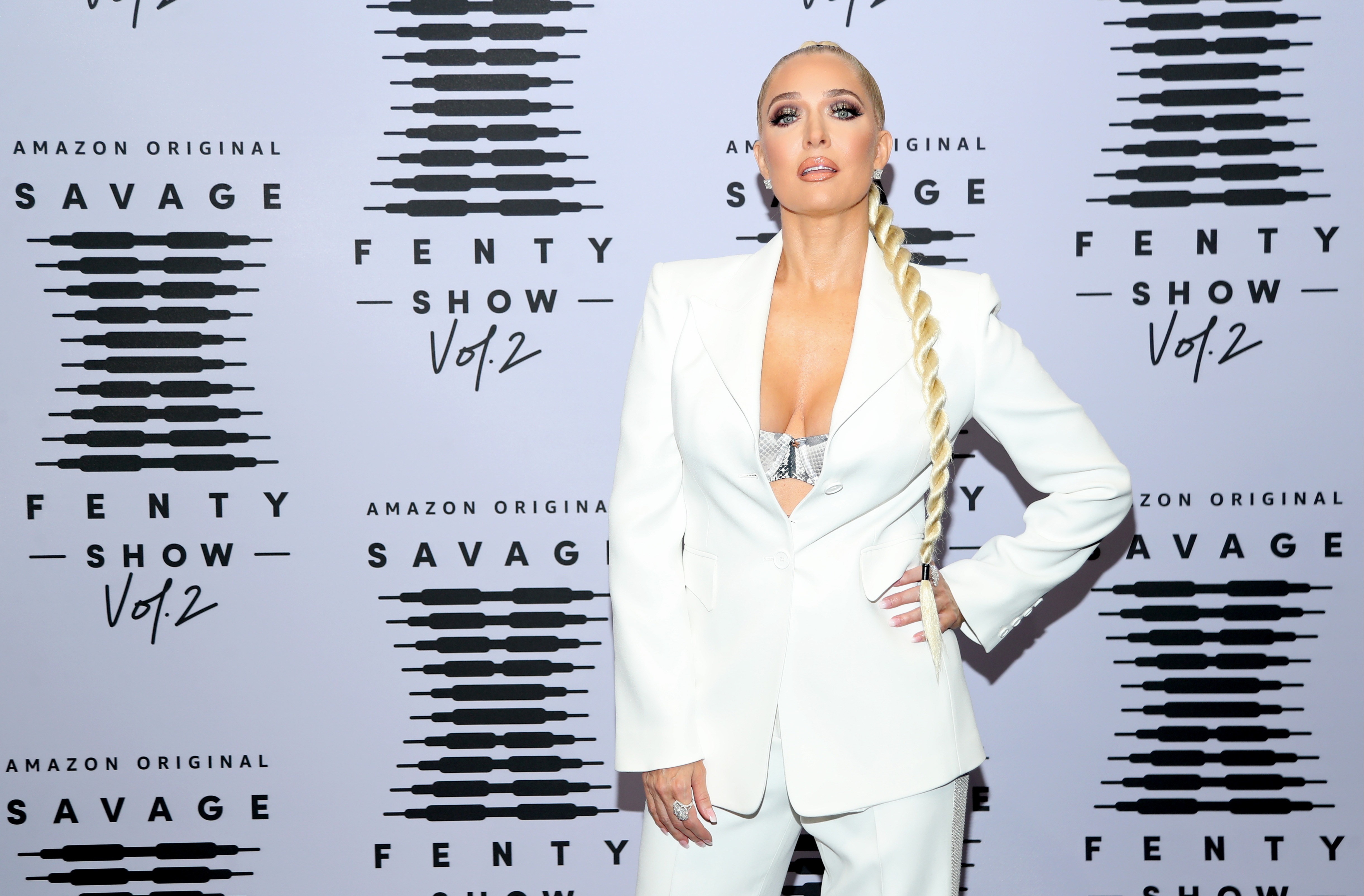 Erika was clearly letting her hair down after an explosive RHOBH reunion episode where she claimed Denise Richard's was making her co-stars look like a**holes.

As the group reunited and discussed their season-long feud with Denise, Erika admitted she found "the whole thing frustrating."

"It was the perfect set up, you had our table, their table – we always have adult conversations, that's what we do as a group – then we were penalised." 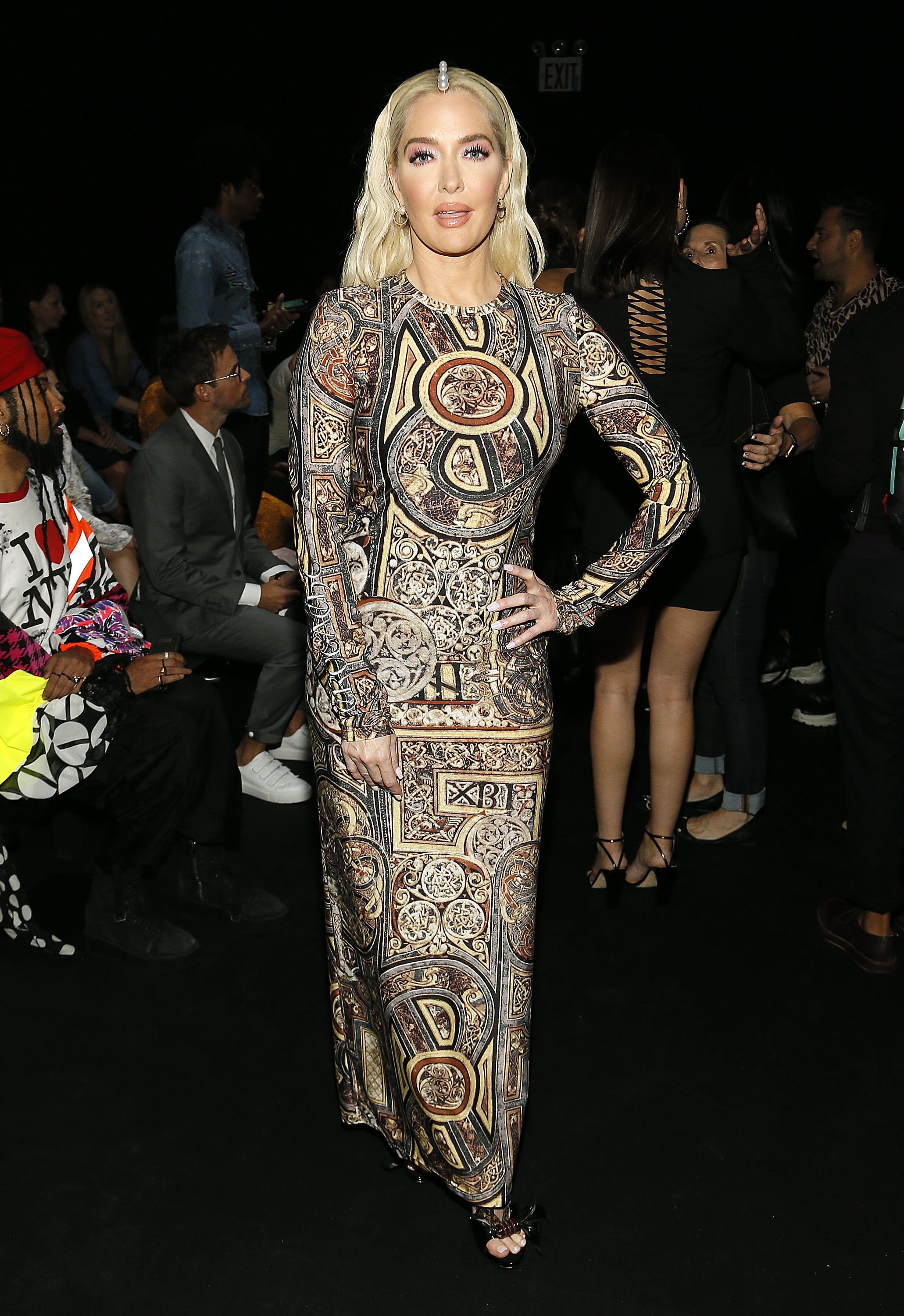 As Denise tried to interject, claiming "that isn't true," Erika said: "I was okay with being singled out because I knew I was being singled out, I took it on the chin and apologized sincerely.

"Then I find out you took it to Teddi and Sutton?