DORIT Kemsley and husband Paul, or PK as he's more publicly known, say they 'are doing ok' after they were 'robbed at gunpoint' in their home.

The Real Housewives of Beverly Hills star's husband shared an update via Instagram. 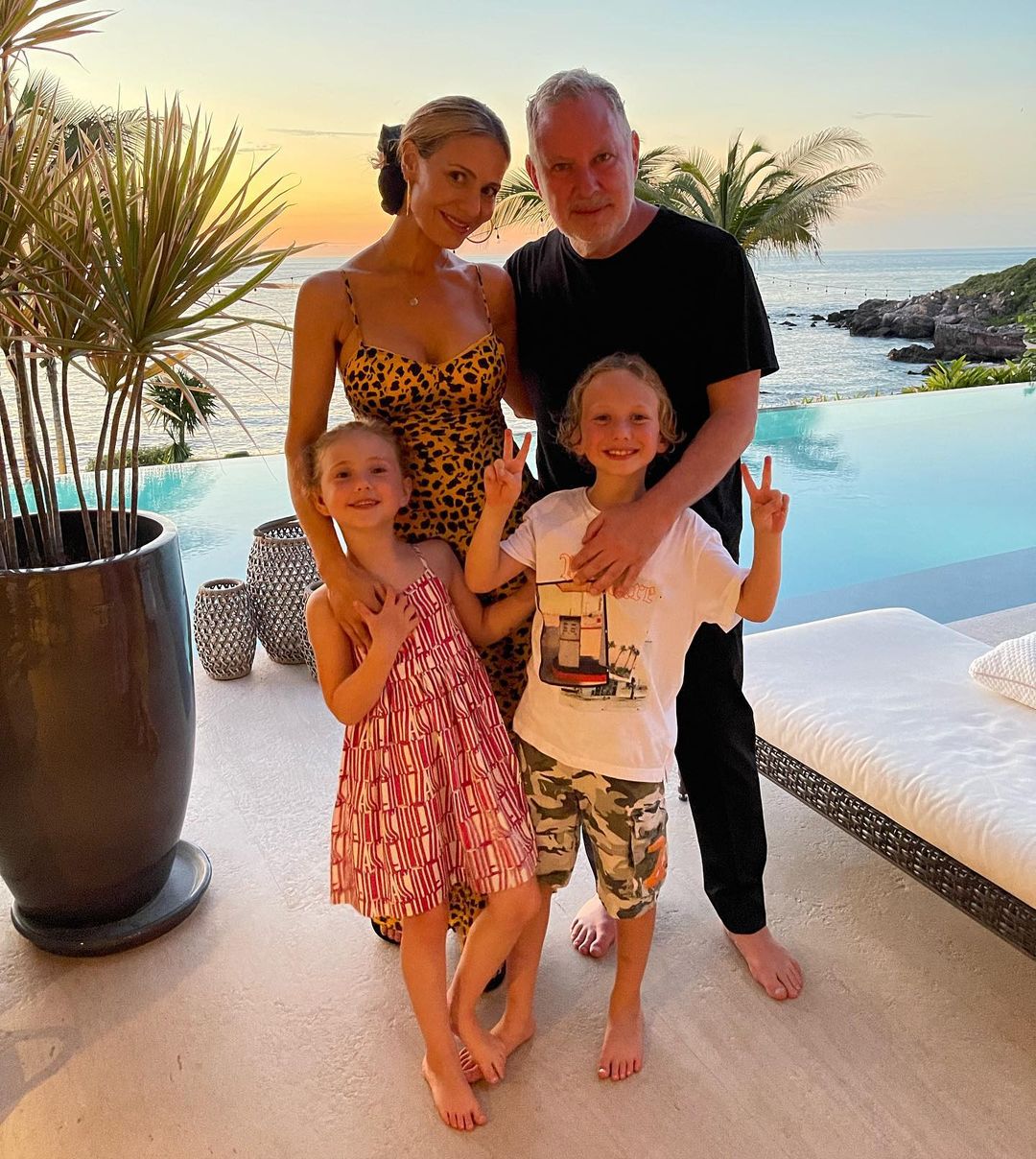 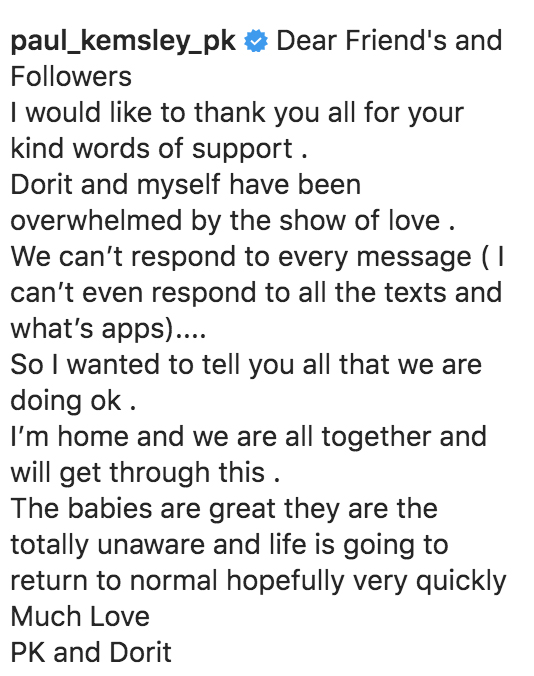 He thanked those close to them as well as their followers for their support during this difficult time.

PK wrote: "Dear Friend's and Followers I would like to thank you all for your kind words of support.

"Dorit and myself have been overwhelmed by the show of love

"We can't respond to ever message ( I can't even respond to all the texts and what's apps)….

"So I wanted to tell you all that we are doing ok. I'm home and we are all together and will get through this."

He continued: "The babies are great they are the totally unaware and life is going to return to normal hopefully very quickly. Much Love."

Dorit's Bravo co-stars took the time to show the couple some more love in the comments section.

Sutton Stracke commented a series of emojis, including praying hands, a kissing cat and a heart.

Crystal Minkoff, the new addition the the RHOBH cast, wrote: "Sending endless love to you, D and the kids."

One wrote: "So happy the babies are unaware & you all are safe. My heart goes out to you all & Dorit for having to experience that! have a peaceful weekend."

Another added: "Sending you guys all the love!"

Dorit was robbed a gunpoint on October 28. Three men broke into the Encino Hills mansion she shares with PK and their two children.

According to a spokesperson for the LAPD: "The home invasion occurred at 10:50 pm PST Wednesday night by three male suspects."

Police told The Sun there were no injuries reported, adding that it was unclear if property was stolen from the house.

The robbers broke into the home via Dorit's children's classroom door, according to The Daily Mail's reporting.

Dorit and her two children were asleep when the men entered their home. The thieves made their way straight for Dorit's bedroom upon entering the house.

A source told The Sun that PK was not home when the break in occurred.

Dorit woke up to three men standing at the foot of her bed, Daily Mail reported.

They are said to have grabbed her while she pleaded with them, "Don't kill me, I'm a mother," a source told The Daily Mail.

She also begged with the suspects not to "hurt her babies." Jagger, seven, and Phoenix, five, were reportedly asleep in their rooms when the robbery took place.

One of the men reportedly responded: "Kill her."

Dorit and PK's home was then ransacked by the thieves. They spent 20 minutes rifling through their belongings, stealing "over $100,000 worth of jewelry and handbags," according to TMZ.

The men never entered the children's rooms. They reportedly left after grabbing the valuables.

Dorit had just returned from a trip to London the night before the robbery took place.

After the break in, she called police and her husband, who has been home with his family since.

Dorit is said to be "traumatized" following the incident.

The robbery came after Bravo host Andy Cohen warned Dorit and her co-stars that he had concerns about them possibly being targeted for robberies.

He made the comment during part three of the RHOBH Season 11 reunion.

He recalled Lisa revealing on the show that she had vintage dresses worth millions stored in her garage before asking Dorit about all of the pricy purchases hanging out in her closet.

Days before the robbery, PK made a dark joke about killing Dorit and hiding the body.

On Wednesday, he posted a photo that looked to be a body wrapped in plastic. He made a joke about getting rid of "an old carpet."

PK captioned the scary snapshot: "Does anyone know if the dumps are open today, I have an old carpet I have to get rid of and I usually ask the wife what's open but she went to stay with friends yesterday …"

Fans were not amused by the joke, telling PK it was "NOT funny."

Dorit resumed filming with her RHOBH costars before the robbery. 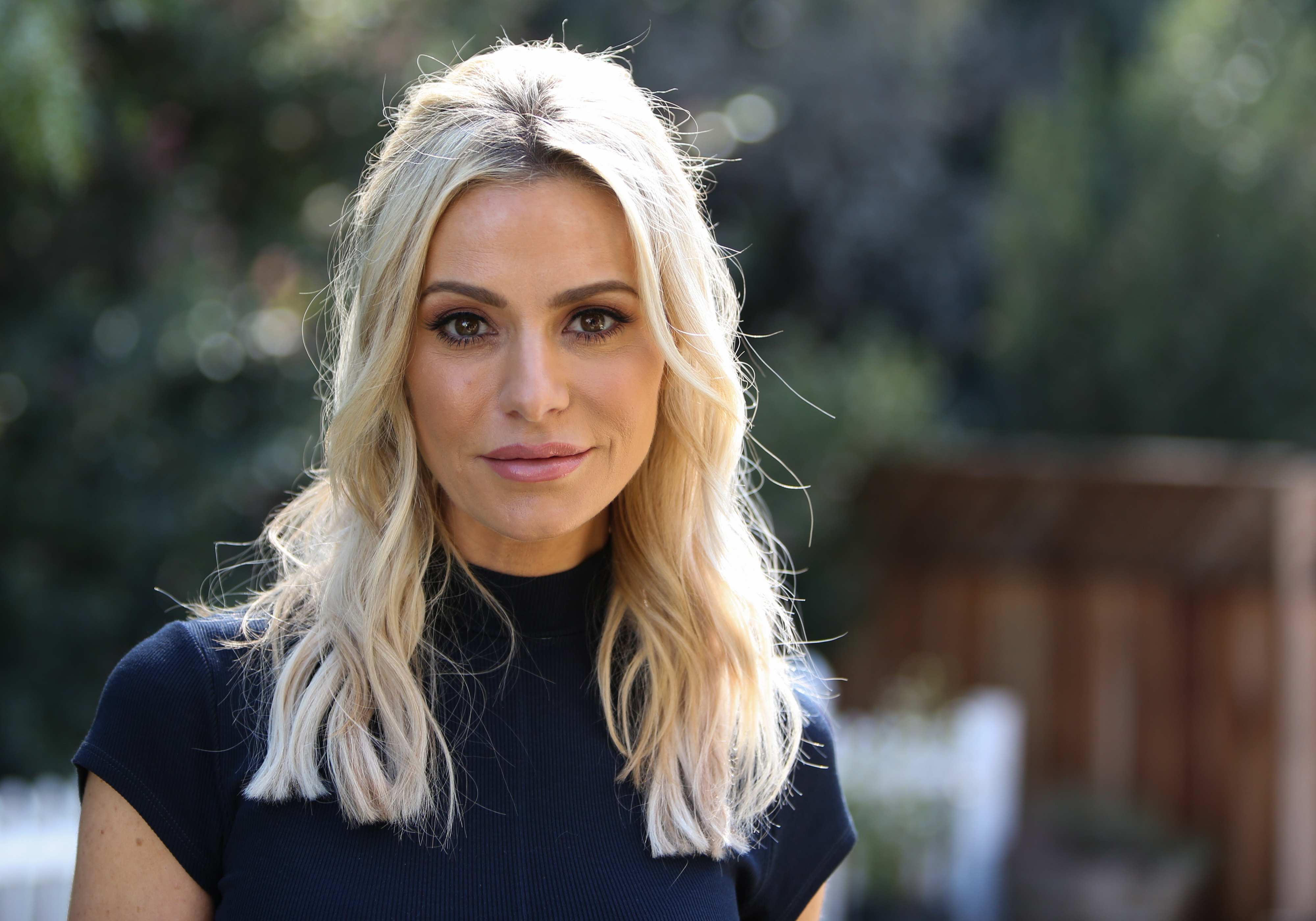 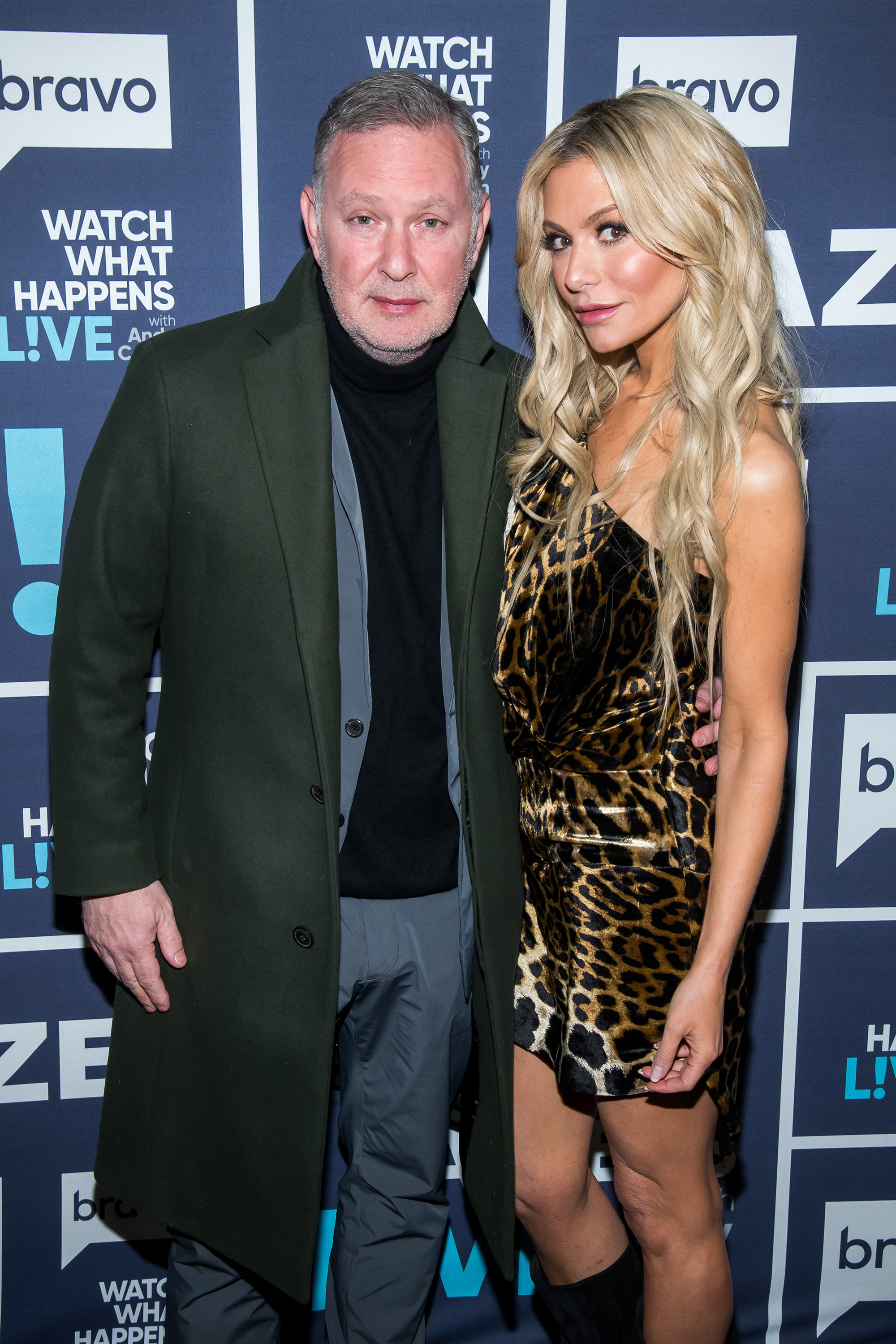 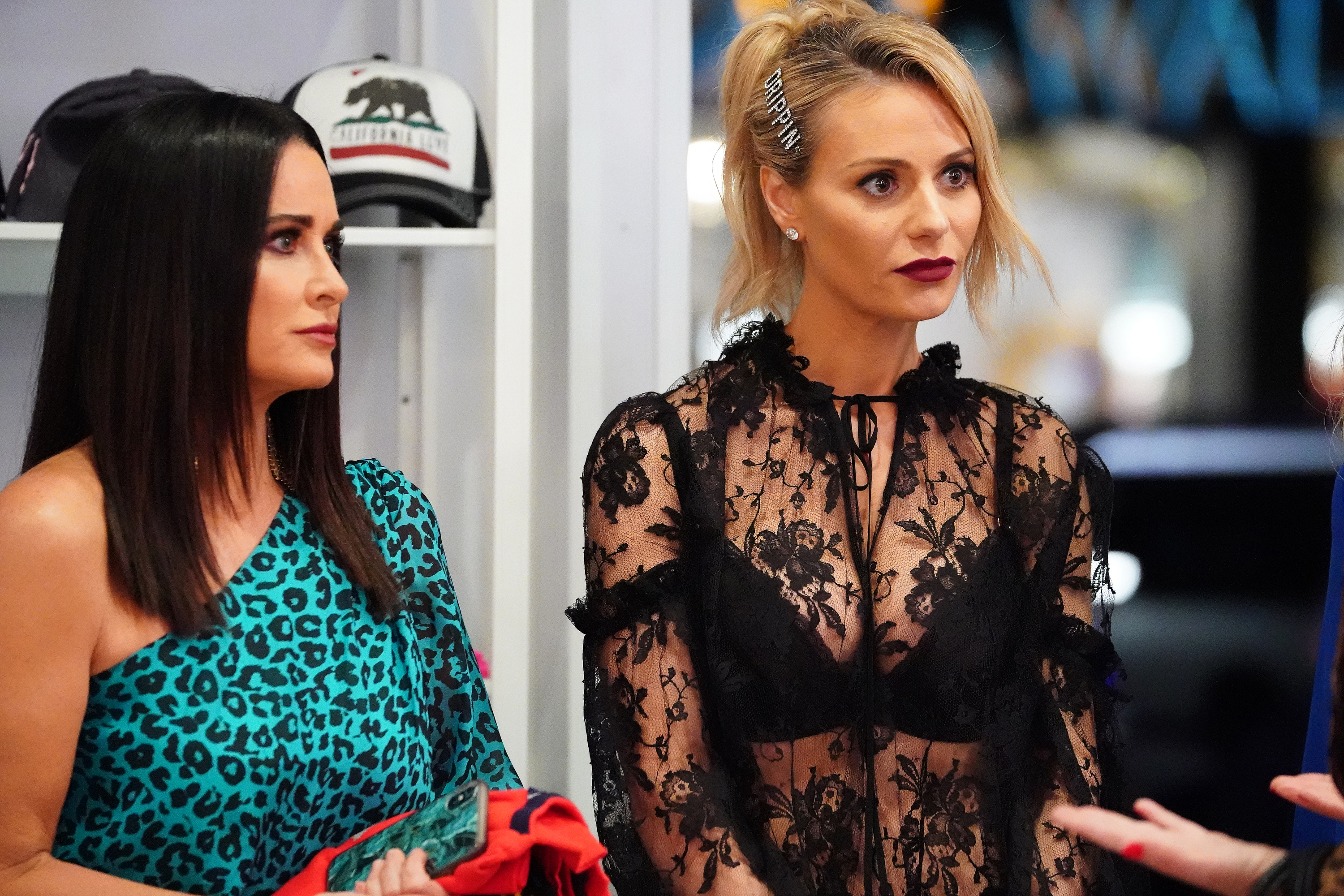