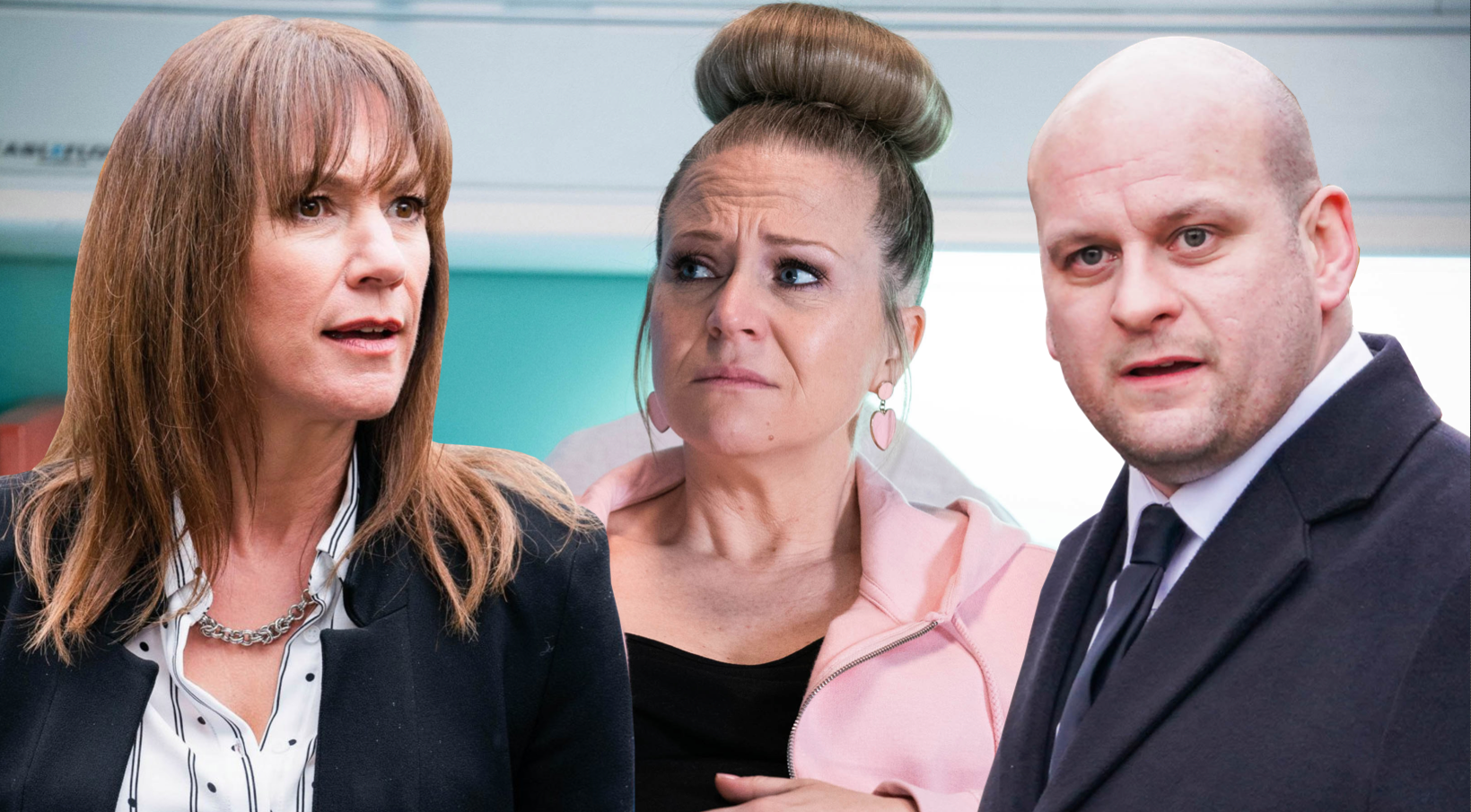 The landlady of the Queen Vic uncharacteristically cheated on love of her life Mick (Danny Dyer) with Max last year, and has since discovered that she’s carrying the lothario’s child.

Still struggling to get our heads round that one!

The matriarch of the Carter clan revealed the news to a devastated Mick earlier this month, and – in spite of his reservations – Mick resolved to stand by his beloved L, no matter what decision she comes to.

With the exception of a last minute twist that would see Mick revealed as the father of the child – we can still hope, right? – Linda will now have to decide how to proceed.

Mick and Linda have faced just about everything a married couple could face, and yet they’re as strong as ever.

But will Max’s baby prove to be a constant reminder of her infidelity? If so, will she give the child up for adoption?

If this does prove to be the case, then one can’t help but wonder if Rainie and Stuart Highway (Tanya Franks and Ricky Champ) will end up adopting the baby.

The couple desperately want a child of their own, and in recent scenes, they discussed the possibility of using a surrogate once again – with Bernie Taylor (Clair Norris) even offering to be said surrogate.

Rainie, however, is still uncertain that this is the best way forward, and therefore is exploring alternative options.

Will Linda’s story perhaps collide with Rainie and Stuart’s?

Given EastEnders’ penchant for bringing storylines together, it’s certainly a possibility – and it would be an interesting scenario to explore, given the strained relationship between the Carters and Stuart!

We’ll have to wait and see!

EastEnders continues Monday May 31 at 8:05pm on BBC One.