Today’s Pointless Celebrities saw Luisa become visibly annoyed with James after he gave a rather interesting answer in the second round of the quiz show.

The theme for the round was beverages, more specifically cocktails, and the celebrities were given a range of clues but they didn’t seem to help James.

He chose to try and guess the cocktail for the clue: “Word preceding ‘Royale’ in the title of the first James Bond film starring Daniel Craig (C).”

James was slightly confused by the aim of the round as he took his guess, commenting: “Okay, I’m going to go for the James Bond one, so the word preceding royale.

“It’s an absolute guess, I have not got a clue but the way. I’m going to say Capriosca.”

Luisa could be seen open-mouthed as she stood alongside him, clearly unimpressed he’d answered incorrectly.

Host Alexander tried to ignore his error, replying: “Capriosca says James, let’s see if that is right, how many of our 100 people said Capriosca?”

“James!” Luisa exclaimed, with her co-star looking baffled beside her.

He asked: “Have I done that right?”

“I think you’ve given me an answer that begins with C, Capriosca. Let’s see how many people said Capriosca,” Alexander continued. 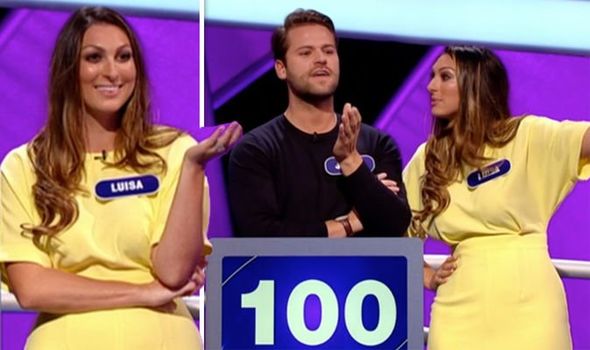 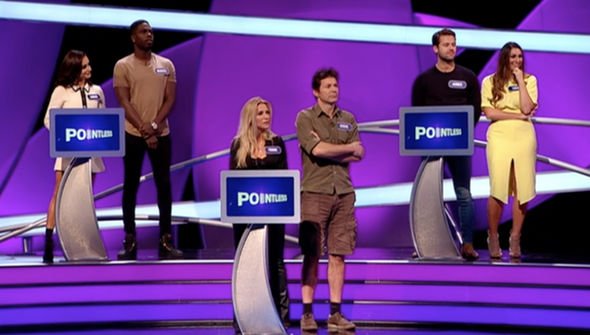 Of course it was revealed James’ answer was wrong and Luisa did not hide her disdain.

“I’m not quite sure what’s going on anyway,” James said trying to defend himself. 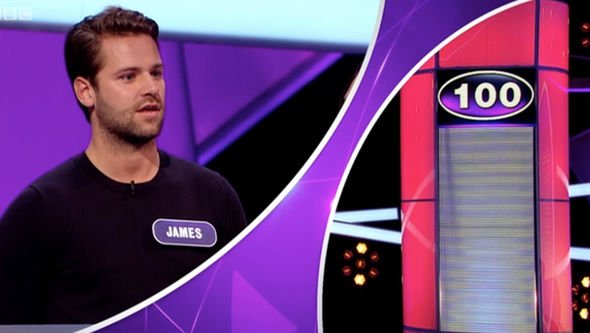 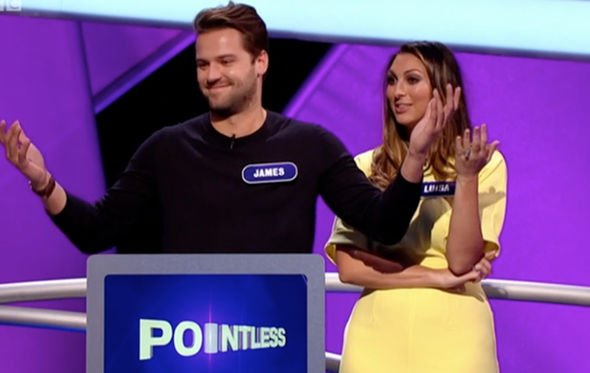 “It’s Casino Royale,” Luisa corrected James as he only just began to clock on to his mistake.

Taking a cheeky swipe at the star, Richard pointed out they’d clarified it was a film in the clue.

Earlier this week, viewers were left very distracted by a pair as they £9,000.

Pointless airs weekdays on BBC One at 5.15pm.