Alexander, 49, and Pointless co-host Richard Osman, 48, were joined by four former Strictly Come Dancing professionals and celebrities who had taken part on the show.

Accompanying each star was a professional with AJ Pritchard, 24, Kayta Jones, 30, Giovanni Pernice, 28, and Oti Mabuse, 29, joining the ranks.

As Giovanni and Debbie were knocked out first, Alexander started off the first round by calling out AJ and Katya.

Pull your socks up!

In the first round, both AJ and Katya had failed to secure a low score, with Oti doing significantly better as Alexander explained.

“Oh it was touch and go for every single one of you apart from Oti and Ore,” Alexander began.

“And Oti and Ore, our lowest combined scorers,” the presenter added, before calling out Oti’s fellow professionals.

“Um, but yeah, Katya and AJ, I am just going to say, yes, pull your socks up!” Alexander wanted as the celebrities chuckled away.

Making light of the situation, AJ pointed out he had no socks on,” to which the host carried on with getting the game underway. 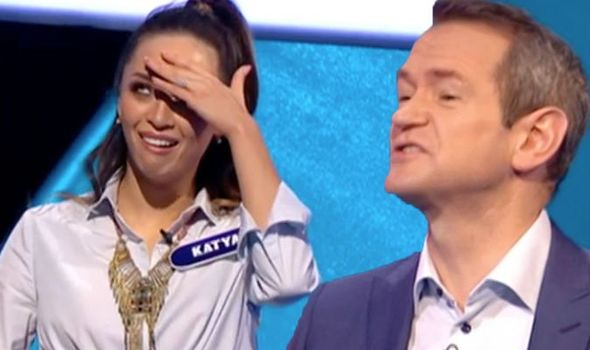 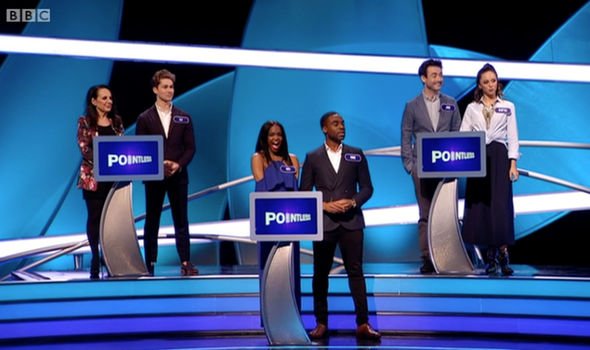 Whereas it seemed Alexander’s words wore off on Katya, unfortunately for AJ and Lesley, their time was up by the end of the round.

Going into the head-to-head, it was two former champions of the dance show fighting it out for the jackpot as Ore and Joe took on another set of pointless questions.

However, after three tense rounds, it was Joe and his dancing partner Katya who stormed to victory by entering the final round.

Although, their triumph didn’t last long as they failed to get their hands on the jackpot prize but they did each walk away with £500 to donate to their chosen charities.

On yesterday’s show, Alexander snapped at one of the famous faces on the show as they went to leave the studio. 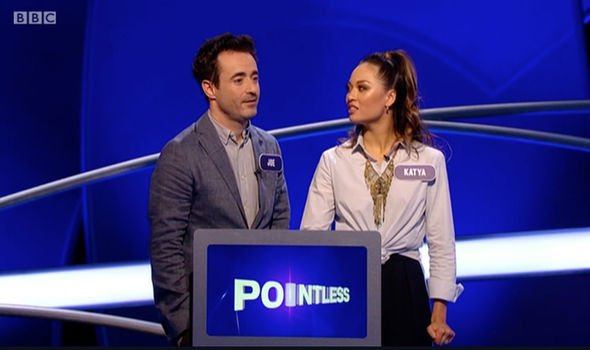 The drama unfolded at the beginning of the second round the host announced the topic of interest would be surrounding pop music.

Unimpressed by the subject field, actor Melvyn Hayes, 84, walked off the stage until he was out of eye shot of the camera.

As the rest of the celebrities burst into hysterics at Melvyn’s response, Alexander snapped: “Oh come on.

“See it through, Melvyn, see it through,” the host remarked as the contestant made his way back to his podium.

Alexander and Richard had a rather different perspective to the round, with the latter stating: “It’s not so bad. It goes way back as well.”

Pointless Celebrities continues Saturday at 6.20pm on BBC One.