PHILLIP Schofield today revealed he is gay as he fought back tears while praising his "incredible" wife and daughters for their support.

The 57-year-old This Morning star – who has been married to Stephanie Lowe for nearly 27 years – opened up to friend and co-host Holly Willoughby as he described his "inner conflict". 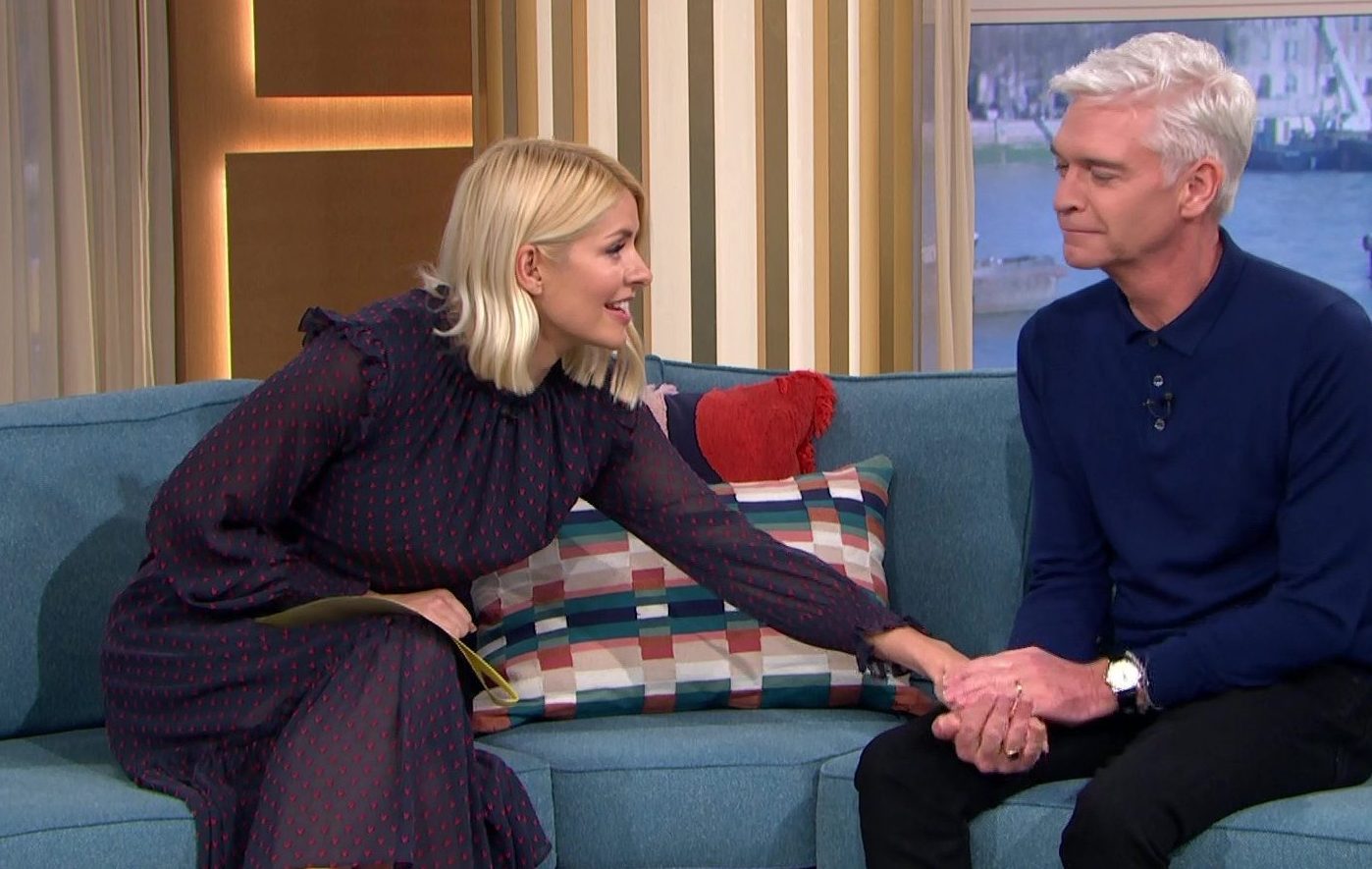 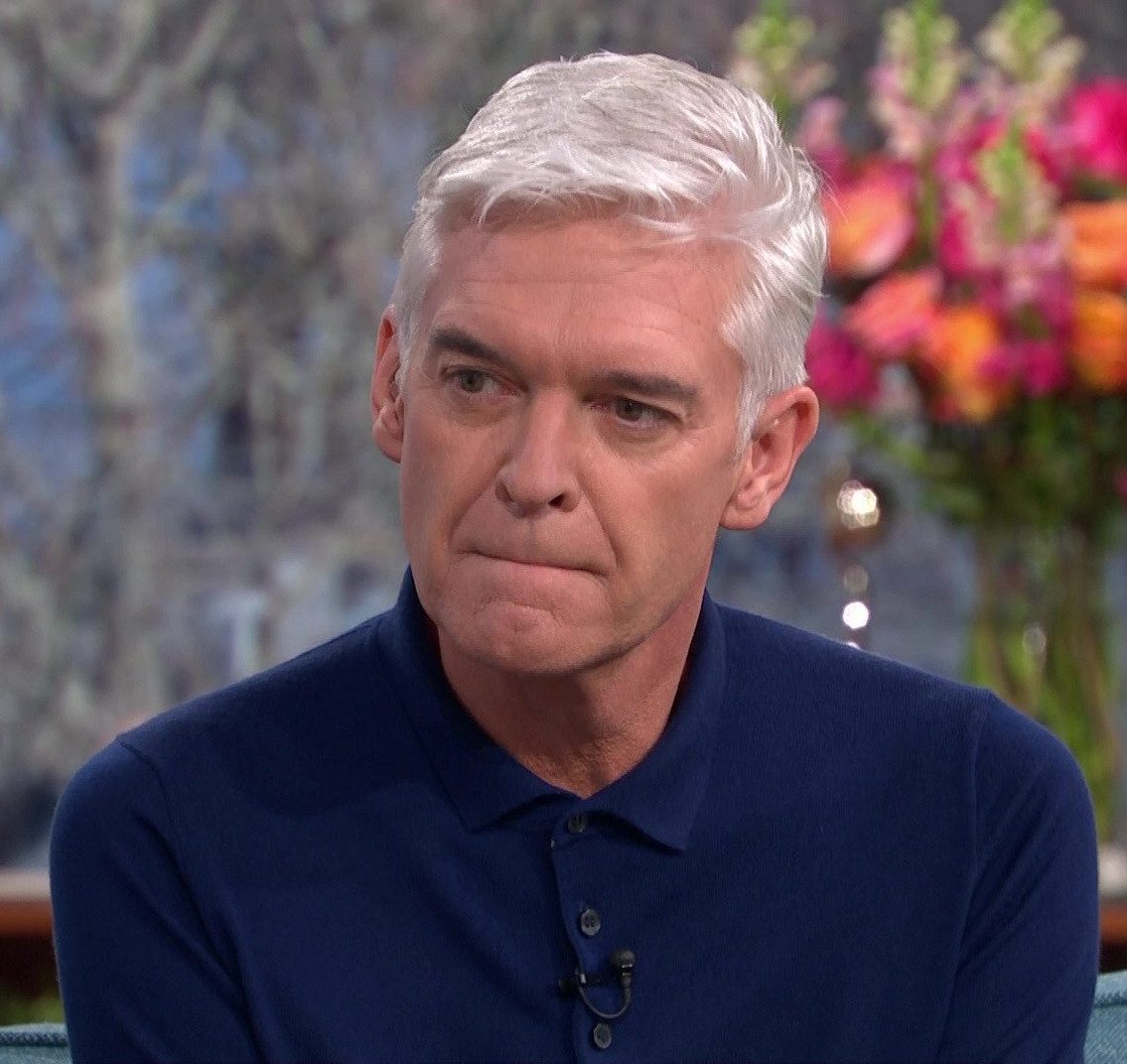 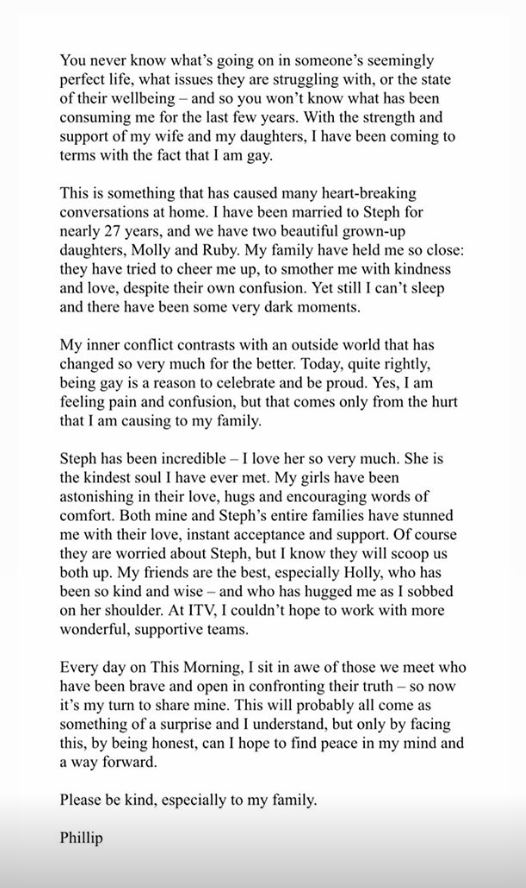 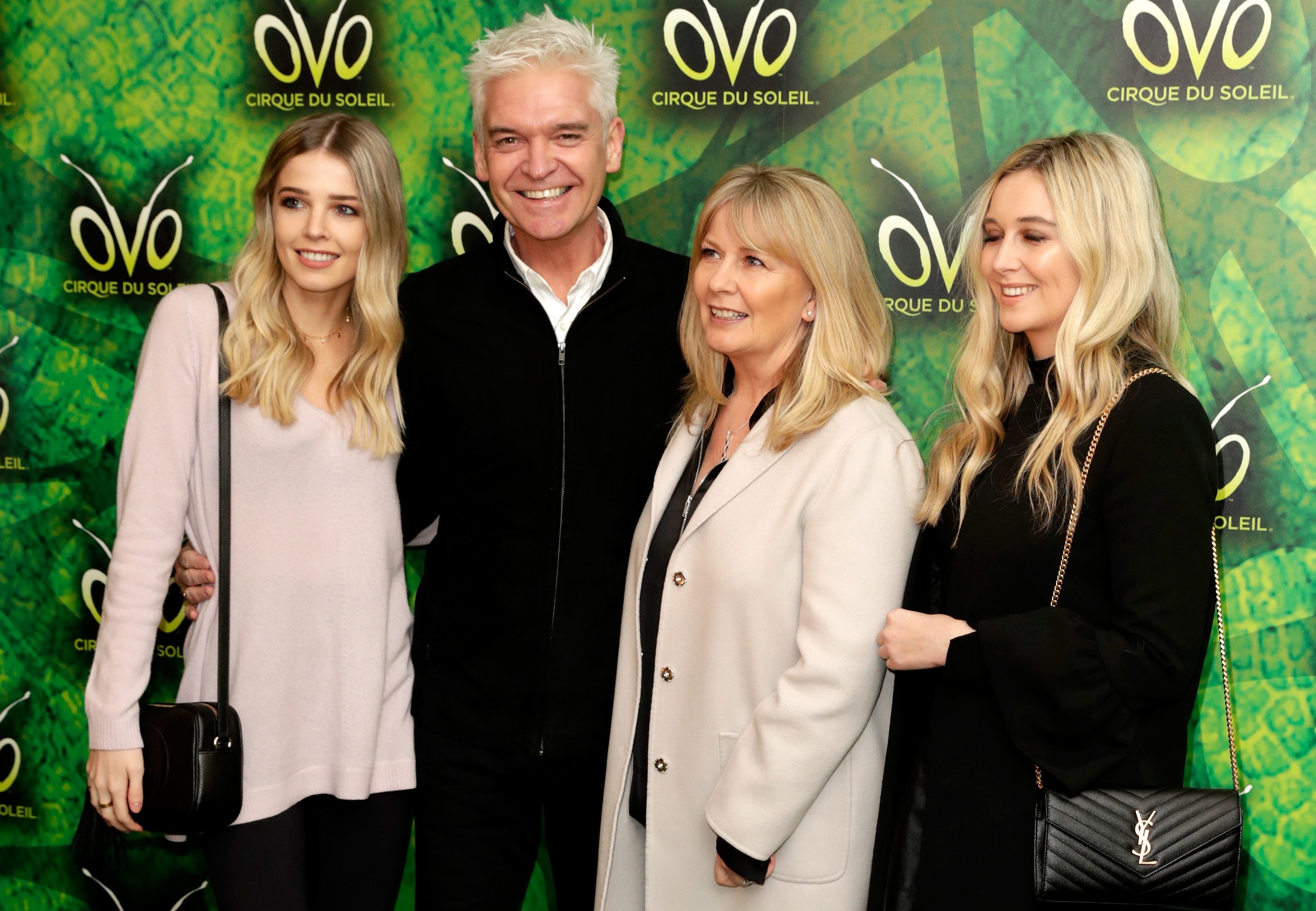 Fighting back tears, the much-loved presenter said he was aware of the "pain and upset" caused but that it had consumed him for years.

But he said his wife Steph had been "simply astonishing" while his daughters Ruby, 24, and Molly, 27, had immediately wrapped him in a "big and long" hug when he told them.

In an incredibly moving interview this morning, he told fellow This Morning host Holly: "It's tough but this is not something that's happened quickly, I've had to deal this in my head for quite some time.

"I got to the stage where I thought we sit here, every day, and some amazingly brave person is sitting over there and I'm thinking 'I have to be that person'.

"All you can be in your life is honest with yourself. I was getting to a stage in my life where I was thinking I don't really like myself because I'm not being honest with myself.

"We always say 'talk to someone'… and you must talk to someone. It's brought me back from some dark places and in some cases talking to people saves you."

In emotional live-on-air scenes, he then hugged Holly who vowed she would always sit next to him and be there "forever and ever".