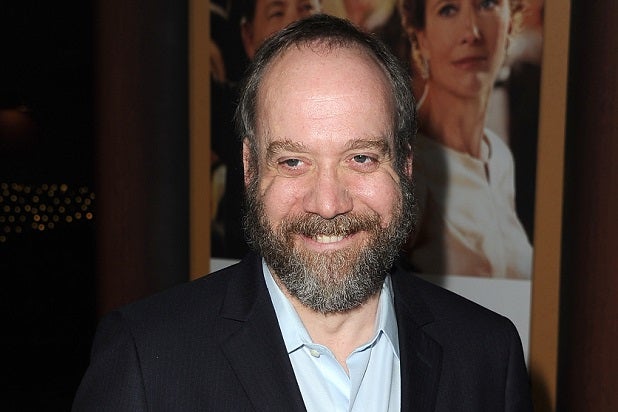 Paul Giamatti revealed Thursday that despite not appearing in the first season of “Lodge 49” — well, not physically, anyway — he will appear in Season 2, premiering August 12 on AMC.

“I’m in a couple of episodes in the second season. I can’t talk much beyond that… but I can talk about the fact that I’m in it,” Giamatti told TheWrap after the network’s presentation at the Television Critics Association summer press tour. “I am present in the first season, but not in my body or face. Just my voice is present in the first season.”

A rep for AMC confirmed Giamatti’s statement. Up until this point, the “Sideways” actor was only credited as an executive producer on the series.

Giamatti declined to go into more detail about his character in Season 2, except to say that “he’s a writer” and that “he’s very bizarre.”

“If you see the first season, you’ll hear my voice in audiobooks that a character listens to. So that man, whose voice you’ve heard, appears,” he said.

During the network’s presentation of “Lodge 49,” a question was posed as to why Giamatti doesn’t appear in Season 1.

“I like things like this… I’d like to be in them as well, but people don’t tend to think of me that way, which is strange and unfortunate for me,” Giamatti replied. “But I get to create the world and I get to watch it and maybe I get to participate in it as well.”

“We tried very hard to keep him out,” joked showrunner and executive producer Peter Ocko.

Along with Giamatti and Ocko, the panel included “Lodge 49” stars Wyatt Russell and Sonya Cassidy, and creator, writer and executive producer Jim Gavin.

More laughter ensued as the panel was asked to describe what exactly “Lodge 49” is actually about.

Set in Southern California, AMC describes the series as a “modern fable set in Long Beach,” centering on Dud (Russell), a deadbeat but charming ex-surfer who joins a fraternal order hoping to reclaim the simple, happy lifestyle he lost when his father died. Through the Lodge and his newfound connection with the other members, Dud will come to find the missing sense of purpose in his life and confront his deepest fears and greatest hopes.

Russell seconded that. “For me it’s a vibe, it’s a feeling, something that you wouldn’t normally see on TV.”

But Giamatti was willing to take a stab at pinning down the heart of “Lodge 49.”

“I don’t actually think it’s that hard to describe, or it doesn’t even matter that it’s hard to describe,” he told TheWrap. “I see a lot of people say that nothing happens and it’s not about anything, but it feels like it’s about enormous things, and huge things happen to these people. It’s about a bunch of people creating a community in a secret society. That’s what it’s about. So when people say ‘What happens?’ —  you have to watch the show.”