“No one dunk on him, this is really depressing,” Oswalt jokes about Baio’s Twitter habits 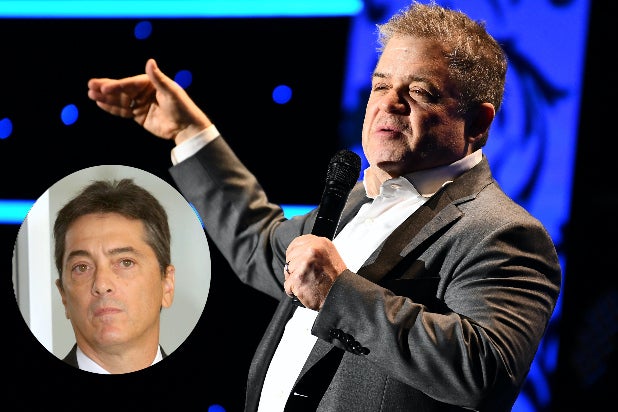 Scott Baio’s attempt to beef with Patton Oswalt on Friday backfired after the comedian noticed that the “Happy Days” actor replied to a tweet in which he was named but not tagged.

“Oh YIKES. I didn’t even ‘@’ this guy. Poor sap searches his name on Twitter. No one dunk on him, this is really depressing. BUGSY MALONE’s still a great movie, right?” Oswalt wrote, referring to a film Baio starred in when he was just 16.

Baio, who is an ardent and very vocal Trump supporter, was reacting to a tweet from Oswalt, who is most definitely not, in which he joked about traveling to Washington, D.C. March 4 to attend what QAnon and conspiracy theorists believed to be Donald Trump’s re-inauguration and his return to power on Thursday. Of course, nothing like that happened, and Oswalt was quick to point out the humor in the situation, while also sticking it to Baio.

“Guys, I’m at the DuPont Circle Pinkberry for the #TrumpInauguration,” Oswalt tweeted Thursday. “I’m here with four Proud Boys, their moms and Scott Baio. Did we get the address wrong? Help me out, this Minuteman costume is super-itchy…”

The comedian didn’t even tag the “Joanie Loves Chachi” star in his original tweet, but Baio found it anyway, presumably because he’s spending a lot of time searching his name to see if people are talking about him on social media. When he did find Oswalt’s tweet, he didn’t take kindly to it, replying, “Poor Oswalt needs 2 prescriptions. One for his TDS and one for his STD itch,” referencing “Trump Derangement Syndrome.”

But Oswalt wasn’t the only one who found humor in Baio’s need to find out what people are saying about him, so did many watching the exchange.