Season five of Outlander is slated to be the most epic run yet with the American Revolutionary War on the horizon and the Frasers trying to prepare for the oncoming conflict. The show is going to see the characters really put to the test as they decide whether to remain in the New World. Jamie Fraser (played by Sam Heughan) will be burdened with guilt after he was instructed to form a militia against the regulators and hunt down his godfather Murtagh (Duncan Lacroix).

As fans will remember, Murtagh and Jamie’s aunt Jocasta Cameron (Maria Doyle Kennedy) embarked on a romance at the end of season four.

Speaking to Entertainment Tonight, actress Maria Doyle Kennedy teased: “Well, I definitely have relationships in season five. I can’t tell you who with.”

Her words suggest the Murtagh storyline is going to be taking centre-stage in season five. 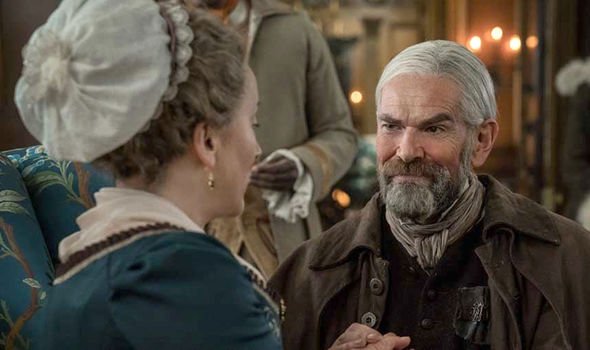 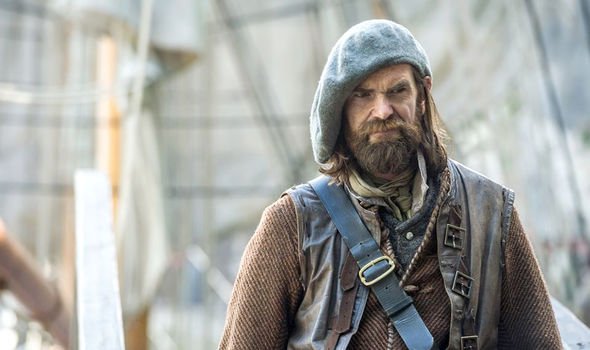 With Murtagh now a fugitive, it seems that Jocasta won’t be able to pursue things and to do so would put her in jeopardy.

On top of that, it seems highly likely that Murtagh’s storyline could have devastating consequences given Jamie could be forced to apprehend, if not kill him.

Murtagh is very much dead in Diana Gabaldon’s novels but the producers decided to keep the character alive in the show.

However, this doesn’t mean Murtagh is safe and could conceivably get killed off this year.

Duncan Lacroix told Syfy wire about Murtagh’s arc: “There’s no roadmap for him in regards to the books now, so the writers let fly.

“I think he’s become a bit more three-dimensional as well as the series have gone on.

“He’s gone from the grumpy sidekick to have a bit more depth. You find out more about him.”

Despite a disastrous ending on the cards for the couple, Doyle Kennedy said there was a lot of affection between the pair. 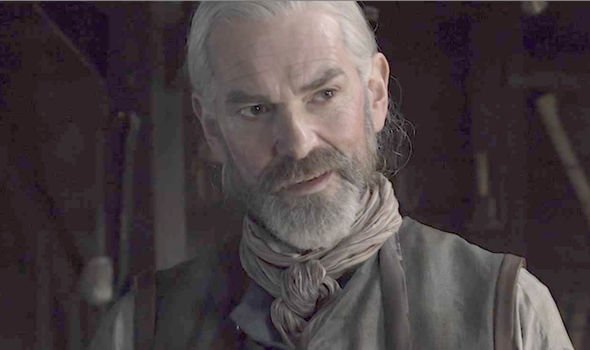 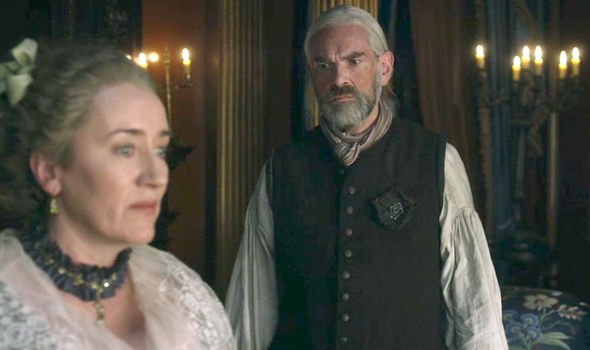 She said: “I think it’s like this incredible thing where they meet and they’ve known each other their whole lives really.

“For Jocasta, someone to come back again who has a whole wealth of the same shared experience, the same landscape and language and so much that they understand together without having to talk.

“I think she always had an eye for him but it was clear that he was in love with her sister.”

However, she said they now could have a romance with her sister out of the picture.

While co-star Caitriona Balfe said Jocasta was a “black widow” and there was “something fishy” going on with the character’s multiple husbands dying mysteriously.