The show’s source material has both her parents, Claire Fraser (Caitriona Balfe) and Jamie Fraser (Sam Heughan) present at the birth, but the TV show decided to omit this detail.

While obviously capable of going through childbirth on her own, fans of the show were a little confused as to why the parents were left out of the event, though it was because they were off attempting to rescue Roger MacKenzie (Richard Rankin) from the Mohawk tribe.

Speaking to Entertainment Weekly, Brianna actor Sophie Skelton spoke about the omission, and went on to theorise why she thinks the scene had changed.

She began: “It kind of resonates today with a lot of modern women. There are single moms, or maybe their parents aren’t around because they passed away.

“For someone of Bree’s age, I think it shows such strength of her character that she’s sort of surrounded by, not strangers, but people she doesn’t really know.

“She doesn’t really know Jocasta [Maria Doyle Kennedy] that well, and Lizzie is relatively new. Phaedra’s new. For Bree to do that alone is, I think, pretty great.”

Sophie went on to talk about the progression her character has seen since her arrival in season two.

She continued to say giving birth alone showed how far she has come from the beginning of the season. 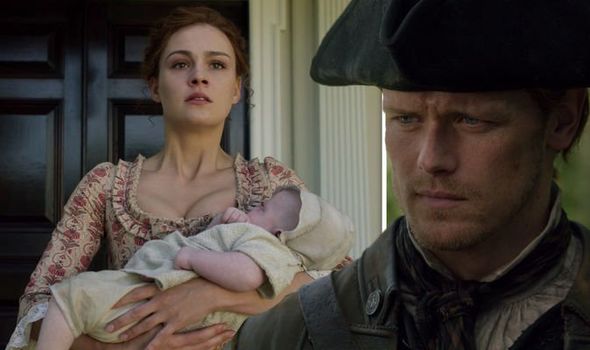 It kind of resonates today with a lot of modern women

Sophie went on: “It also then gives her that moment, just her and Jemmy, when she feels she might not be able to accept him.

“Then that sort of motherly love comes out of her and she realises that she can accept this baby no matter who the father is.”

Meanwhile, Jamie may have a tough decision ahead of him in the upcoming episodes of the show.

Viewers will remember last season saw Jamie tasked with capturing his godfather Murtagh (Duncan Lacroix) – as he was the leader of the rebels in North Carolina.

But many fans believe Jamie will find a way to spring his godfather from capture in the upcoming season five premiere.

One theory suggests Jamie will use Roger to stand-in as Murtagh. 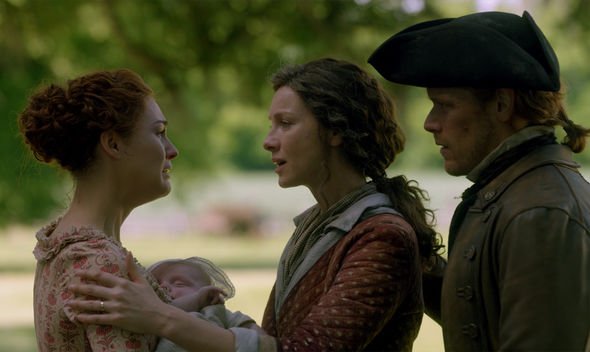 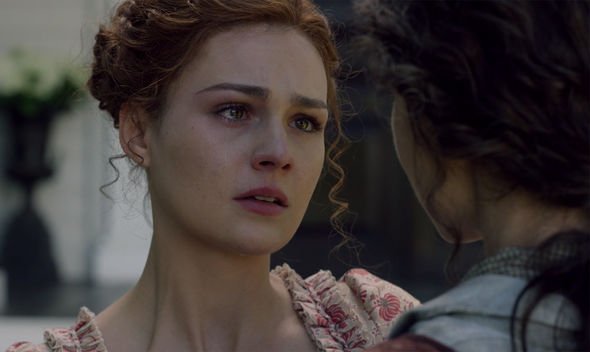 Last season saw Roger become deeply troubled once he found out Brianna was pregnant with what could have been her rapist’s baby, prompting his decision to try and get back to his own time.

Roger changed his mind at the last minute, and the couple were reunited, but what’s next?

With Roger now not in Jamie’s good books anymore, could the Highlander give him up as the fake Murtagh Fitzgibbons (Duncan Lacroix) in an attempt to save his godfather?

And if so, will Claire and Brianna allow him to get away with it?