Outlander season four wrapped up with the family reunited after Brianna Fraser (played by Sophie Skelton) gave birth to baby Jemmy. However, it seems things for Brianna and Roger MacKenzie (Richard Rankin) are far from settled as they could be torn apart once again.

The trailer for Outlander season five dropped at New York Comic Con over the weekend sending fans into a frenzy.

The trailer sees the Frasers fight to protect their family and livelihood once again as chaos ensues at their home.

However, instead, their hardship uniting the couple against a common enemy, Brianna and Roger seem more distant than ever.

It seems Roger is set to return to the future without his family as the trailer cuts to a heartbreaking scene between Brianna and Roger. 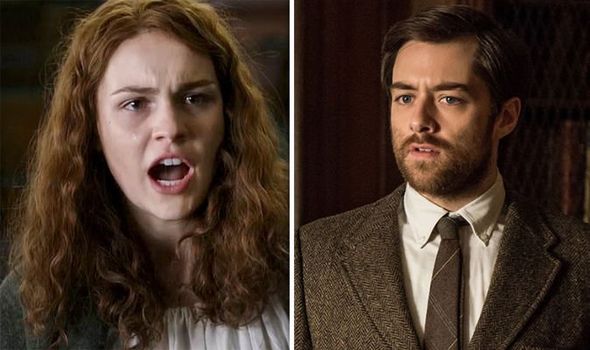 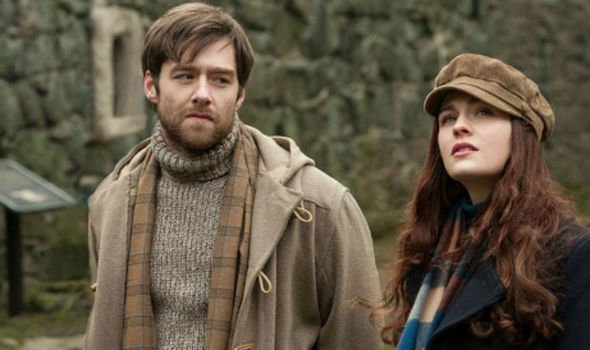 Brianna said: “You wanna go back, don’t you?”

“Our family is here.”

Roger is seen cradling his gun, contemplating his decision.

Will he stay and fight for his family, or will he return to the future alone? 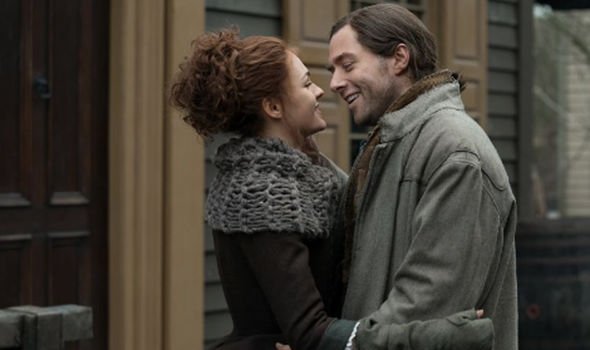 With the trailer seeing Brianna tearfully lying in bed with her back to her husband, it seems the couple could soon be separated.

The trailer also sees the return of Jamie and Claire and it looks as though the couple are to face their own trauma in the next outing.

At the beginning of the trailer, Claire says: “It’s my fault, that you’re all here, fighting the dangers. To the Carolina wilderness.”

It seems Brianna and Roger are not the only couple that could be torn apart next season as she pleaded with Jamie to leave.

However, it seems Jamie is the one that intends to stay as he urges his wife to go back to a safer time with the family.

In the trailer, he told his wife: “When this war you told me about eventually comes, it would be safer in your time.”

Claire was later seen promising Jamie: “I’ll do what needs to be done.”

Towards the end of the trailer, she whispers: “It’s safer in the future. It’s time.”

With the couple sharing such a bond, it seems unlikely Claire would leave Jamie unless there was no other option.

However, with Brianna insisting she wants to stay in the past, she could be forced to take drastic action.