Oprah Winfrey’s giving an update on her bombshell interview with Meghan, Duchess of Sussex and Prince Harry, Duke of Sussex in March 2021. More than two months after the media mogul sat down with the royal couple, Oprah says they haven’t “shared any regrets” with her about the interview. 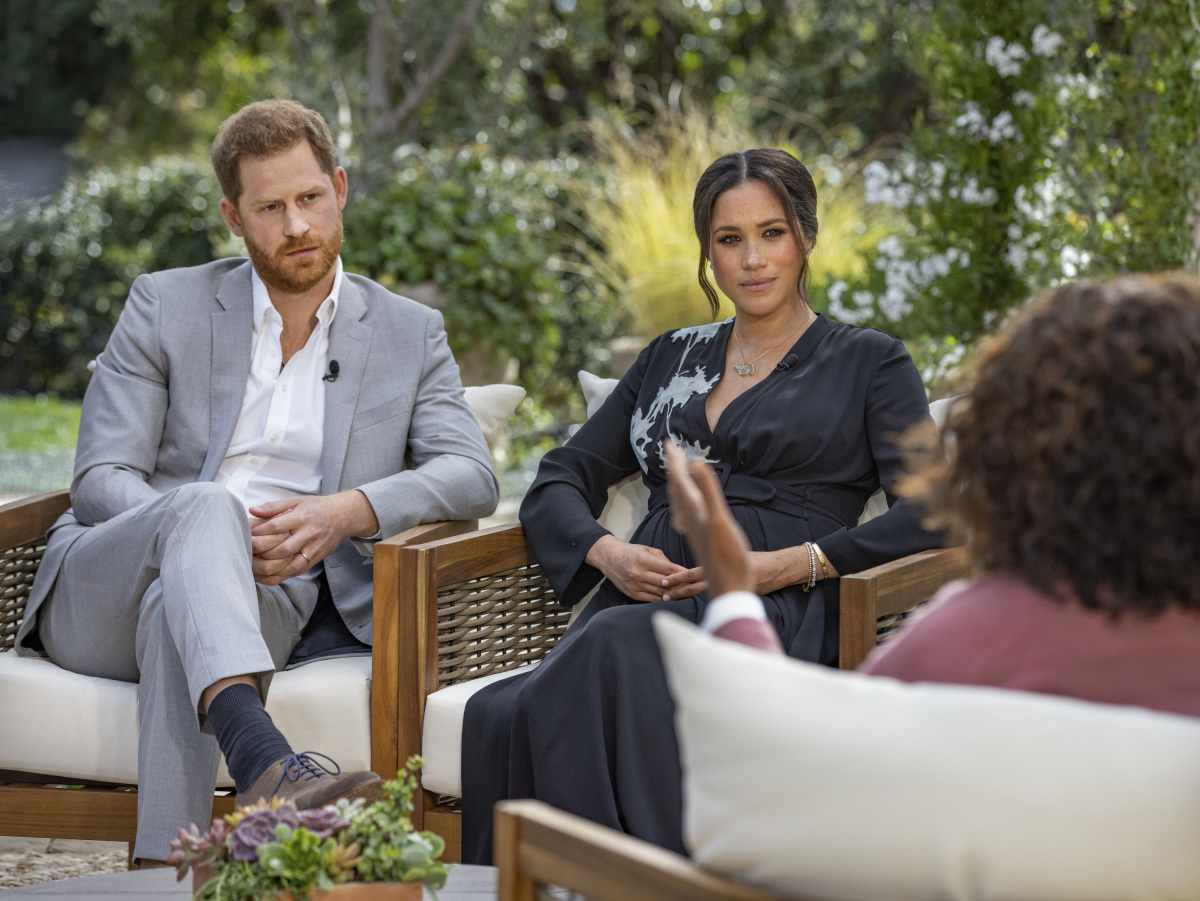 For more than a year Meghan and Harry have been living in California with their son, Archie Harrison Mountbatten-Windsor. The royal couple officially stepped back as senior royals at the end of March 2020 and began a new life stateside.

The couple were largely out of the public eye save for a few podcast interviews and Zoom appearances. It wasn’t until March 2021 that Meghan and Harry sat down with Oprah to explain why they stepped back from life as “working” royals.

Meghan confessed she had suicidal thoughts, telling Oprah there’d been a time in 2019 where she’d been “afraid” of what she might do if she were left alone. She also revealed someone in the royal family made racist comments about Archie’s skin color.

As for Harry, he talked about the state of his relationship with William, the lack of support he and Meghan received from the royal family, and not wanting history to repeat itself like it did with his late mother, Princess Diana.

Millions of people tuned in to watch Harry and Meghan’s conversation with Oprah. In the days that followed they received both backlash and praise. The royal family issued a response after it aired in the U.K. as some royal experts feared Harry would regret doing the interview.

However, Oprah dispelled any talk of Harry or Meghan regretting the interview during a May 2021 TODAY appearance. There to discuss The Me You Can’t See, an AppleTV+ docuseries she co-created and executive produced alongside Harry, Oprah said the Duke and Duchess of Sussex “have not shared any regrets” with her about their interview.

“I understood what had happened to them and I wanted the rest of the world to come away being able to answer the question: Why did they leave?” she said. “And I think by the time that interview was done, people understood.”

Asked by her close friend and journalist Gayle King whether or not she feels Harry’s willingness to speak about his life publicly “is going to help him with the royal family,” Oprah said she wasn’t sure.

“I don’t know if it helps with the royal family,” she said. “But this is what I do know — is that being able to express your own personal truth in a way that benefits you and also helps other people to see the truth in themselves.”