Olivia Colman is shooting the fourth season of The Crown, and it looks as though she’s still having a fantastic time playing the queen.

Colman was photographed at Hickstead, an equestrian sport center in England, acting in a scene alongside Tobias Menzies, who of course plays Prince Philip.

Queen Elizabeth’s daughter, Princess Anne, is a famous equestrian, and the show seems to be re-creating a horse-jumping competition at Hickstead that the royal took part in. Letting the queen’s love of horses shine through, Colman looked extremely excited as she watched the competition, and was practically jumping for joy throughout the scene. It’s truly a marvel to behold. 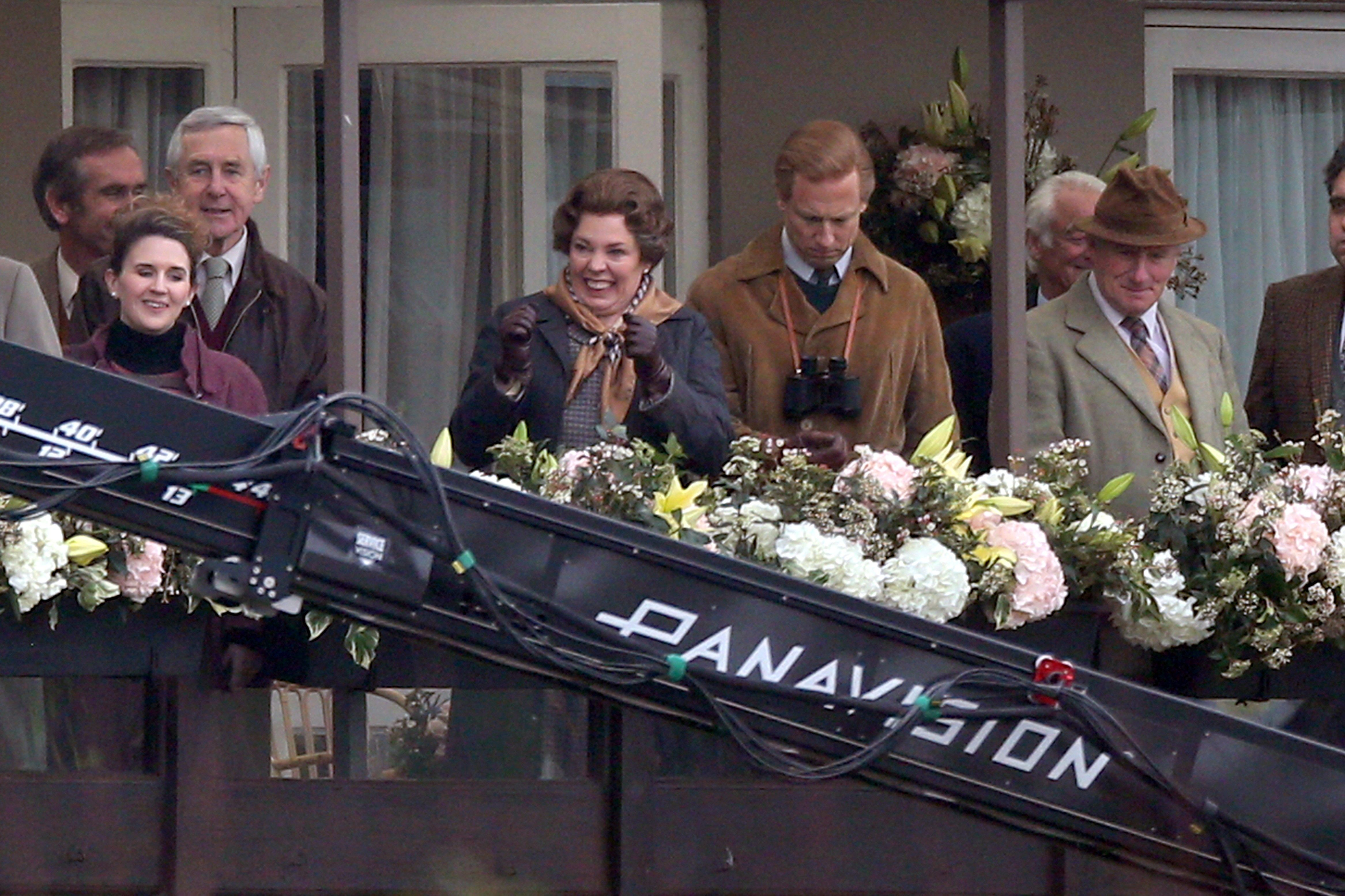 Colman’s tenure as Queen Elizabeth II is coming to an end soon, and she is set to be replaced by Imelda Staunton for the show’s fifth and final season. In a statement regarding the news, Staunton revealed, “I have loved watching The Crown from the very start.” She continued, “As an actor it was a joy to see how both Claire Foy and Olivia Colman have brought something special and unique to Peter Morgan’s scripts.”

Finally, Staunton said, “I am genuinely honoured to be joining such an exceptional creative team and to be taking The Crown to its conclusion.”