Who Wants to Be a Millionaire: Jeremy recalls lamb incident

Former Top Gear host Jeremy Clarkson has been the owner of Diddly Squat Farm in the Cotswolds since 2008, although it wasn’t until recently that he’s been taking on farming responsibilities himself. With the star showing fans the ins and outs of running Diddly Squat in his Amazon Prime series, he recalls one slightly awkward mishap that’s happened to him.

During Tuesday’s rerun of the classic ITV game show Who Wants to Be a Millionaire, Jeremy spoke to one hopeful contestant trying to win the huge jackpot.

Learning that she was a vet, the 62-year-old suggested her career was quite distressing as he claimed all they do is “kill animals”.

Defending her job, the contestant hit back: “There is a bit more to it than that, I don’t think it’s the job people think it is.”

However, having assisted some vets on his farm, Jeremy agreed there is in fact more to it. 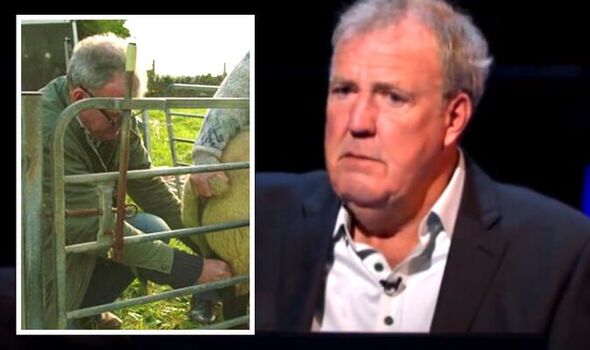 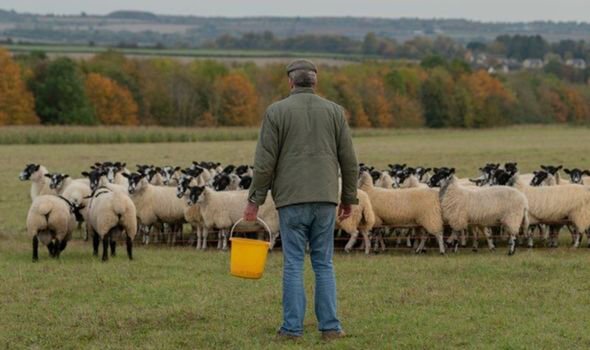 Curious to find out more, he asked whether she deals with big or small animals.

After she told the ITV host she handles tiny ones, Jeremy then spoke a bit more about his life on the farm and the care that goes into looking after the larger ones.

Recalling one incident that happened to him, he explained: “Back in the lambing season, one of my sheep was having a little bit of distress.

“So my vet, who was dealing with another one, said, ‘could you deal with that one?’”. 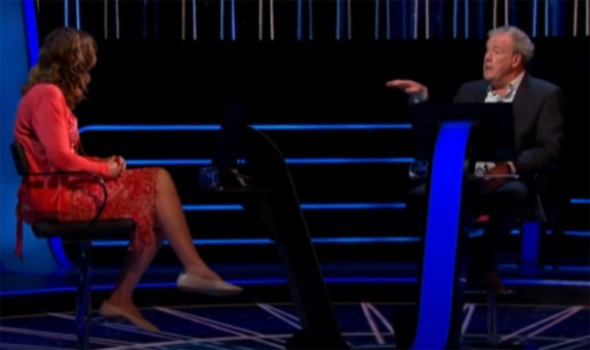 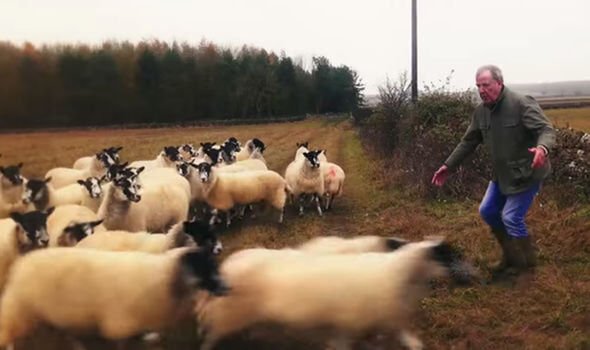 Going into more detail on the lambing mishap, he told the contestant and people in the audience that he put on the glove as instructed and tried to have a feel of the lamb.

Speaking about his vet that was there, he said: “She asked, ‘can you feel the head?’ I said no.

“So, she told me to go deeper and I was going deeper.”

The contestant started to giggle, aware of the direction that the story was going to end up.

Jeremy asked: “How many holes are there at the back of a sheep?”

She immediately burst out laughing before the host continued “Turns out I was in the wrong hole!

“That’s probably not a story for prime-time ITV television but I thought you’d enjoy it.”

After the first docu-series of Clarkson’s farm was a hit, the presenter teased fans that the second instalment is on the horizon.

Confirming the news on Twitter, he responded to a fan who was asking about the show.

He said: “Finished filming on Monday. Now the long process of editing begins.”

The exact airing dates are yet to be revealed but fans can keep up to date via the star’s Instagram account.

Clarkson’s Farm is available to stream on Amazon Prime Video.