Sienna (played by Raquel McPeek Rodriguez) was introduced to the likes of Kensi Blye (Daniela Ruah) and Marty Deeks (Eric Christian Olsen) as the only surviving member of a team of engineers who had military grad tech stolen. The NCIS: LA newbie had always dreamed of being able to serve her country but there was a roadblock – she was deaf, meaning she was unable to be enlisted. And she didn’t get off to the best of starts with CBS series stalwarts Deeks and Nell Jones (Renee Felice Smith) either, but her newfound bond with Kensi left fans wanting more.

From the get-go, it was clear Sienna had faced more than her fair share of challenges growing up in the pursuit of her dreams to serve the USA.

However, as the only engineer to survive the attack, she faced new opposition in Signs of Change from the normally warm and upbeat Deeks who questioned her from the start about her loyalty.

“I’m just, I don’t know, having a really hard time connecting the dots,” an abrupt Deeks told her. “So maybe you just help me out?”

The CBS series newcomer then explained her backstory: “I come from a proud Navy family and it’s my dream to serve my country but I’ve never been able to because my deafness.” 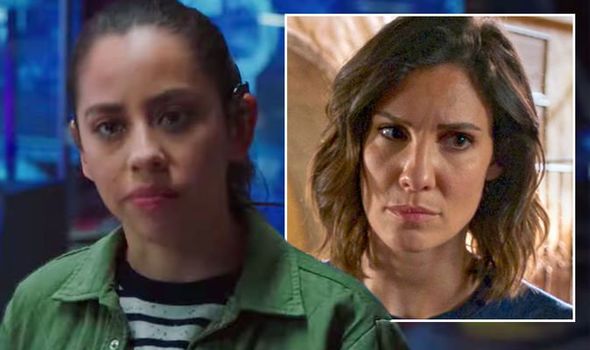 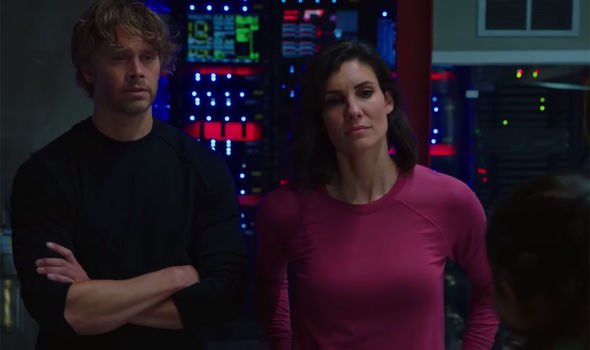 Kensi quickly began to appreciate the bravery and resilience Sienna had shown to pursue a career in engineering as the closest she could do to protect her nation.

“It’s the least I can do,” Sienna said as Deeks and Kensi pieced together why she landed the career role, before the latter sympathetically added: “And it’s the most you can do.”

Sienna stood firm and defiantly replied: “While I wait for someone to realise how much I can offer my country.”

From then on out, Kensi took Sienna on-board, albeit with a little help from Admiral Kilbride (Gerald McRaney) and despite Deeks and Nell’s hesitation. 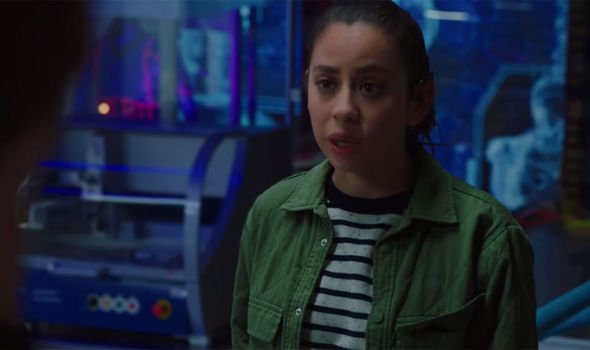 Sienna proved herself to be an invaluable asset to the case in trying to get to the bottom of the theft as well, picking up on minute details others hadn’t and taking part in the interviews.

And by the time the case and episode had drawn to a close, Sienna had given Kilbride some serious thinking to do about the regulations which allow someone to become an agent.

But Sienna’s debut wasn’t the only major talking point from the latest NCIS: LA instalment as the topic of Deeks and Kensi starting a family also reared its head.

And given Sienna’s popularity with the fandom and colleagues, many are now tipping a theory which could see her return in a recurring role – albeit in Kensi’s place. 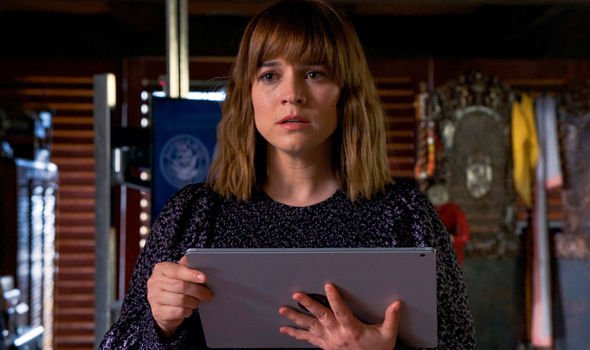 Taking to social media after the episode, one NCIS: LA fan suggested: “This could be a red herring, but I do think it’s time for #NCISLA team to have some1 like Sienna on their team & it’s time for the Densi baby storyline to get a conclusion. (sic)

“So I hope Sienna (Love her!) will join the team when Kensi ‘takes time off’.”

So could Sienna join the OSP when and if Kensi and Deeks announce the baby news so many are expecting to hear?

It seems like it’d certainly be a popular move, with another echoing on Twitter: “I am SO glad that Sienna ended up being a good person and I can’t wait to see where she gets to serve next b-c I know someone is gonna want her to be part of their team. Bring her on OSP! #NCISLA.”

“#NCISLA I adore Sienna. I miss Eric and Roundtree. But make Sienna a regular!!!!!” added a third, while a fourth mused: “I have a strange feeling this isn’t the last time we’ll see Sienna! #NCISLA.”

Another added to the discussion: “Can we have Sienna as a recurring character? She got my vote!  #NCISLA.”

While a sixth weighed in: “Watching #NCISLA now & you are a badass as Sienna!! It would be so cool if you became a regular on the show!”

“The character Sienna was awesome. Great addition to the show. Hoping @NCISLA makes Sienna a permanent character or a reoccurring character for S13. A lot of talent there,” a seventh commented.

So could Sienna be back sooner than fans expect to continue helping the team? Fans will have to keep tuning in to find out.

NCIS: LA season 12 continues Sunday on CBS in the USA.