Emily Wickersham has been playing Ellie Bishop in NCIS for the past eight years, bringing a new, lighter agent to the team after the more mysterious Ziva David (played by Cote de Pablo) left the series. Much like Ziva though, Bishop has had a flirtationship with a colleague and fans have been rooting for her and Agent Nick Torres (Wilmer Valderrama) to get together for years. Sadly, it doesn’t seem like it’s going to happen in the CBS drama as Wickersham has made her exit.

At first, she claimed she was innocent but the agent later confessed saying how she didn’t agree with how Syrian refugees were being used to get hold of warlords.

She wanted to leave before any action could be taken against her but Torres found Bishop and asked what was really going on.

Bishop then admitted it was all part of a bigger operation as she had been hired by former CIA operative Odette Malone (Elayn Taylor). 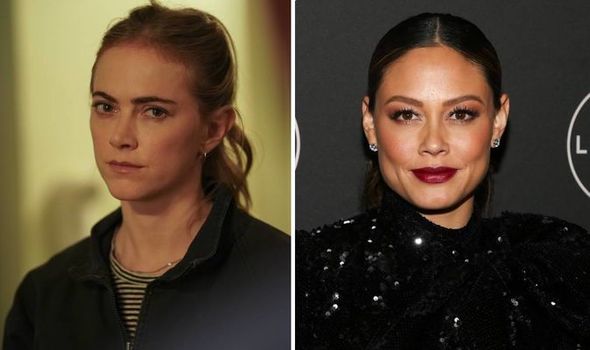 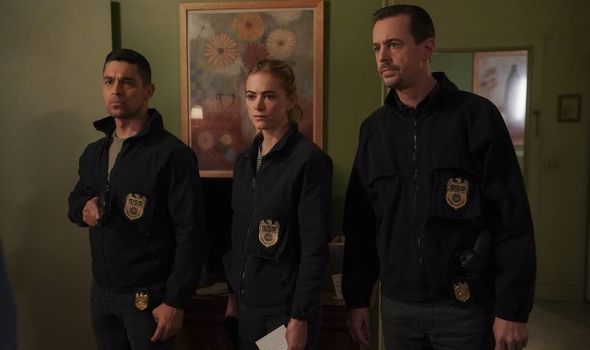 The files had been planted in the house to make it look as if Bishop had left NCIS as a disgraced agent and could then go undercover.

This did mean saying goodbye to Torres though and in a heartfelt moment, they shared a kiss before Bishop walked away.

Fans weren’t sure if this was just part of a bigger storyline that would see Bishop later return to our screens but Wickersham has since spoken out about her exit.

Taking to Instagram, the Bishop actress wrote: “Hangin this hat and jacket up. What a great ride it’s been.

“This cast, this crew, are top-notch. I can’t say enough kind words about this group that I’ve had the pleasure of working with for close to 8 years now and 172 episodes later.

“This business is finicky and weird and consistency is a rarity.” 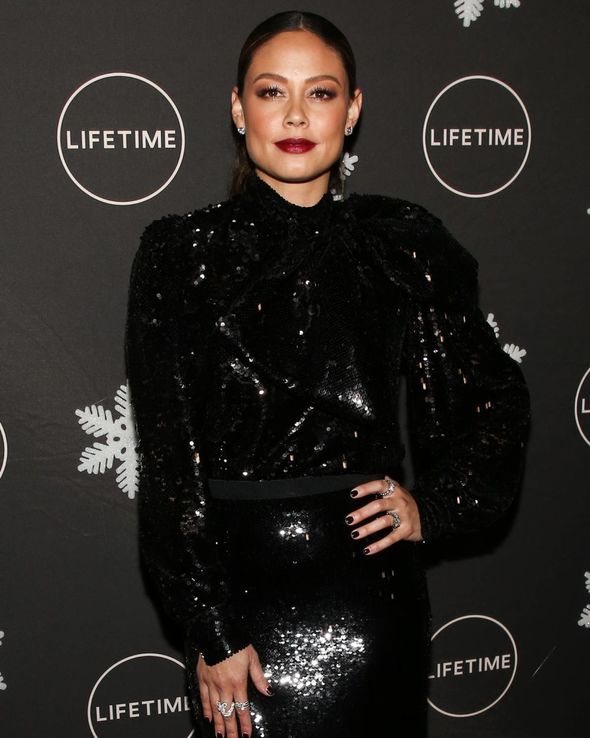 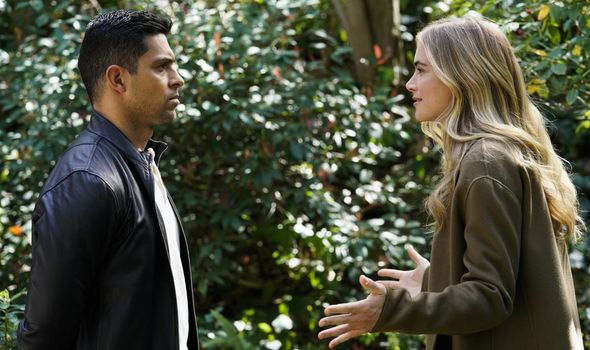 Wickersham continued: “I’ve been lucky enough to be a part of a show where I got to show up and act and laugh and learn with wonderful people.

“A moment in time I surely won’t forget. Thank you CBS and NCIS for including me in a part of television history.

“Time goes fast. Eat it up but chew slowly.”

Following this announcement, a new theory has emerged that Wickersham is leaving so she can join NCIS Hawaii.

The Reddit fan said: “And we see her resurface on NCIS Hawaii from a long undercover mission. Wishful thinking LOL.

“NCIS Hawaii is a new show launching after the season 19 start of NCIS.

“It would make more sense if she did return, to return on that show.”

NCIS Hawaii will be the third spin-off to be made following the likes of NCIS Los Angeles and NCIS New Orleans which was cancelled earlier this year.

Could the idea of working in Hawaii alongside a female lead have attracted Wickersham away from the original NCIS drama?

According to her IMDB page, there are no projects coming up for her to work on so does seem she would be available to film the new series.

Nevertheless, the idea of Bishop moving to Hawaii to join another NCIS seems unlikely.

She left as a disgraced agent so she could go undercover and work on a bigger operation with Odette.

So her moving to Hawaii to work as an agent over there wouldn’t make sense with this plot.

Of course, that doesn’t mean it couldn’t happen in the future but for now at least, Wickersham will be leaving the NCIS franchise for the foreseeable.

NCIS is available to watch on CBS.