Naga Munchetty’s BBC Breakfast presenting schedule was shaken up this week as she sat in for Louise Minchin alongside Dan Walker. She then returned on Wednesday to co-host with Charlie Stayt. During her appearance earlier in the week, Dan discussed one of the stories published in the newspapers and Naga wanted to find out about her colleague’s time at school, but it was clear, Dan didn’t want to share any details.

Reading an excerpt from a newspaper, Dan said: “And is this something that might be happening at your school – kids could avoid detention because of covid safety rules.

“Parents risk having more than slap on a wrist, with a fine, many schools say they will be unable to have detention in isolated rooms because they can’t mix years groups.”

“How many detentions did you have at school?” Naga asked. “I bet you can count them on your one hand!”

“I had a regular detention- stand outside the headmasters office,” Dan replied. “But I’m not going into those details Naga!”

Ignoring his plea to change the topic of conversation, Naga probed further: “Why were you being punished?”

“General tomfoolery,” Dan said. “I was never horrible, I was a bit near the knuckle.”

Later on in the show, the pair returned to their time in school and reflected on uniforms.

“Do you know what this got me thinking about?” Naga remarked. 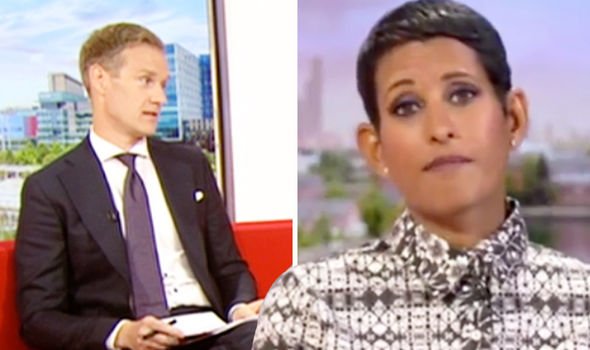 “So you know we heard from the students talking with face coverings on and obviously concerned.

“So when we had school uniform – did you have uniform at school?”

“Yes, some years, yes,” Dan answered and Naga asked for clarification: “Only some [years]?”

“You could be a bit more relaxed in sixth form,” he reminisced. 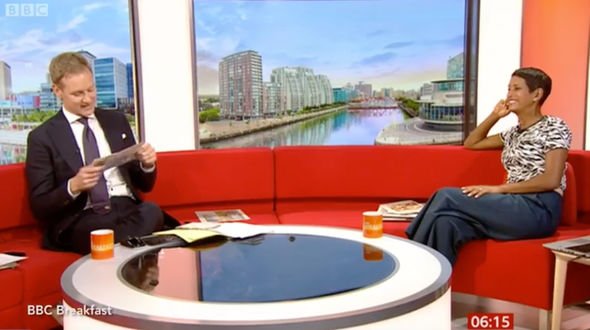 “Oh, we didn’t have it at all in sixth form, years 11-16 and you know how you always manipulated your uniform, fat tie thin tie, roll up the skirts, maybe not in your case!” Naga explained.

“But you know with masks, I wonder if there are going to be rules about certain masks you wear – because at the moment there aren’t any rules are there so you could come up with all sorts of things!”

“It would be an extra level of harshness to make sure you’re wearing a certain type of mask,” Dan added.

“But that’s how you would get creative at school with your masks – wouldn’t you?” She continued. 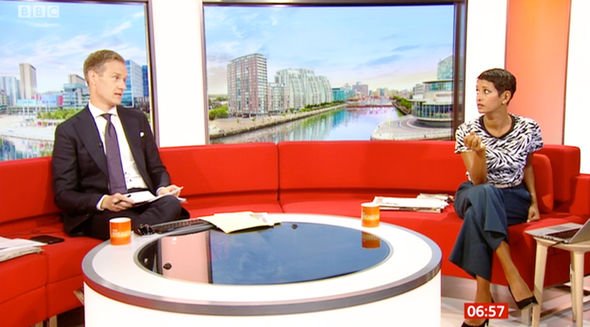 “I’ve got one that looks like a bunny and it’s really scary, it’s got bunny teeth!”

“I had to go for light [material] because I was finding it quite claustrophobic,” the semi-professional golfer confess.

Her co-star added: “Do you wear glasses?”

“Yes but I’ve put them on top of the mask to stop them steaming up,” she laughed pff/

The conversation ended with Naga encouraging their younger viewers to get creative with their masks, while Dan counter-argued her point.

BBC Breakfast airs everyday at 6am on BBC One.

Radio Disney Is Ceasing Operation in Early 2021 After 25 Years

The Crown season 4: Who were Diana’s flatmates and where are they now?