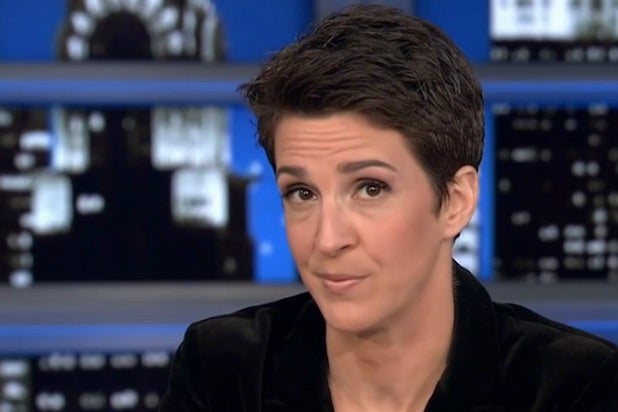 Her 9:00 p.m. ET show had a monthly audience of 2.487 million, placing her behind behind Fox’s Sean Hannity, Tucker Carlson, Laura Ingraham and the hosts of “The Five.”

The downward trend isn’t new for Maddow. In May, Maddow averaged 410,000 viewers in the advertiser-sought adults 25-54 demographic. At the time, it was her lowest rating during all of Donald Trump’s presidency, but in July, her viewers in that demo dipped to 384,000.

Primetime ratings across all three cable news channels were mostly down for July, too, though Fox saw a 1% increase in overall primetime viewers.

Tuesday’s Democratic Debate from Detroit drew 8.7 million viewers on CNN and Spanish-language offering CNN en Español. That tally was way less than the 15.3 million total viewers in the first round pulled combined on NBC, MSNBC and Telemundo last month.