A discussion about whether the Sussexes should drop ‘royal’ from their brand kicked off on Good Morning Britain today with Tom Bower and Afua Adom giving opposing arguments. As the debate went on, Bill Turnbull, who stepped in for Piers Morgan, halted the debate as he felt it had become an attack on Meghan Markle.

Host Susanna Reid asked: “Why is it always so negative? Everything talked about Meghan is so negative.”

“Because of the hypocrisy,” Tom hit back. “At the beginning, she threw herself into it.

“And then, slowly came out, we’re going to campaign for the environment, she kept flying around in private jets.

“There’s continuous demand for attention. She was continuously putting out her version of events which contradicted the facts.

“She became a political person as much as she became a mother and a wife. 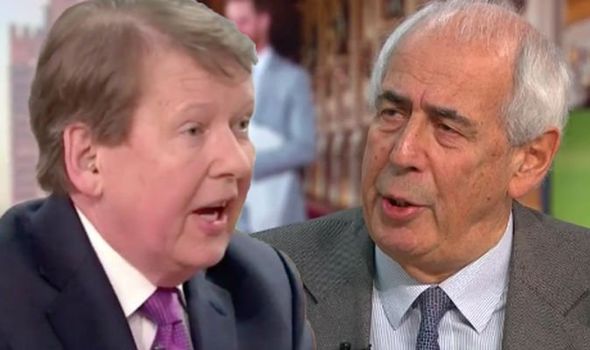 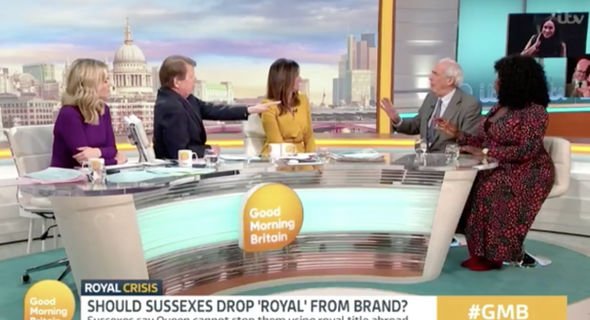 Susanna chipped in: “So she made some errors and missteps.”

“She didn’t make errors,” Tom snapped. “When she didn’t tell the truth about the birth or circumstances around Archie.

“When she tried to deliberately tried to confuse people about the time of the birth, it was unsavoury.”

Bill then jumped in to halt the debate as he felt the comments about Meghan had gotten out of hand. 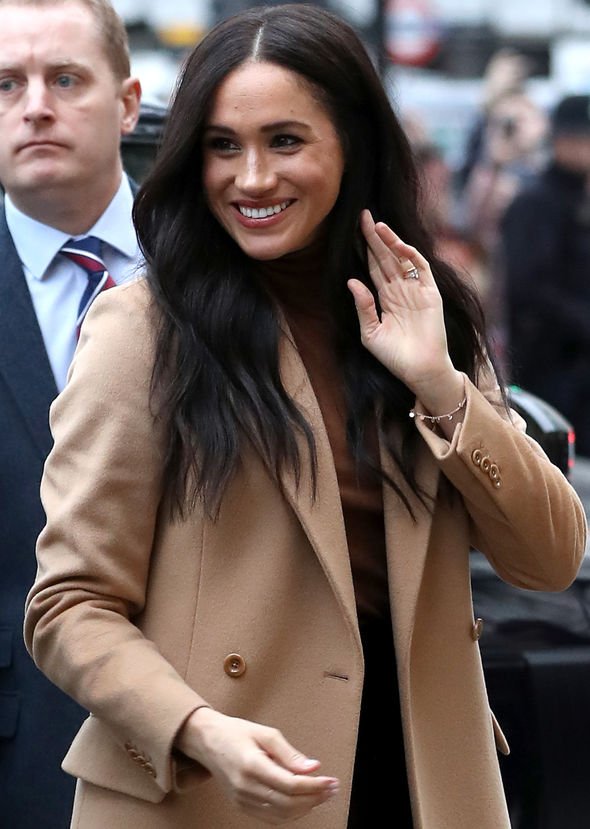 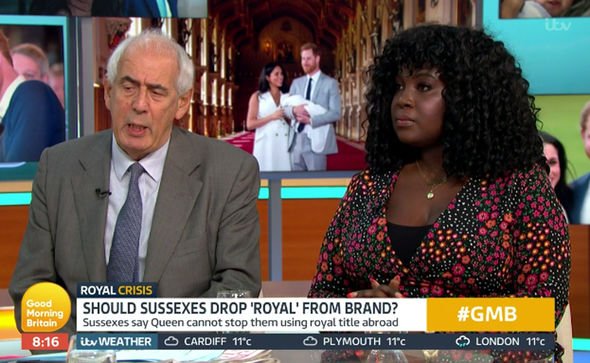 “This is just turning into an attack on Meghan, herself.

“What we’re really trying to focus on here is the tension around a couple trying to make the world and whether they can exploit or whether they are exploiting the royal brand.”

It came moments after Tom insisted the statement revealing the couple’s plans to drop ‘royal’ from their branding was “spiteful” to the Queen.

“That statement was really spiteful fury by Meghan,” Tom began. “What Meghan wants, Meghan gets.”

Bill asked: “What was spiteful about it?”

“Well, to be rude to the Queen,” Tom continued. “What was spiteful was she married into the royal family not so long ago, she knew exactly the terms, she wanted to bail out.

“And, she wants to bail out on her own terms.

“What’s most precious for this country is to protect the reputation of the royal family and they wan to go freelance and do charity and earn millions of dollars by marketing themselves, using their title.”

Susanna chipped in: “But Tom, what might have been spiteful was if they said actually the Queen has no jurisdiction and we are going to continue using the title ‘royal.’

“But they didn’t say that, they said we are no longer going to use the term.”

Afua then gave her opinion, commenting: “I think what is spiteful in this instance is the way in that this whole statement has been interpreted.

“No other part of the statement has been talked about where Harry talked about the work he will continue to do with the armed forces and Invictus Games.

“Nobody has commented on the fact that they want to continue working with the royal family and with the Queen but they’re not going to do that.

“Like you said, it would be spiteful if they said they were going to use the title ‘royal’ anyway.”

Good Morning Britain airs weekdays on ITV at 6am.