Horizon Comics claimed a similarity between an image of Robert Downey Jr. and a drawing of the character Caliban for the “Radix” comic series 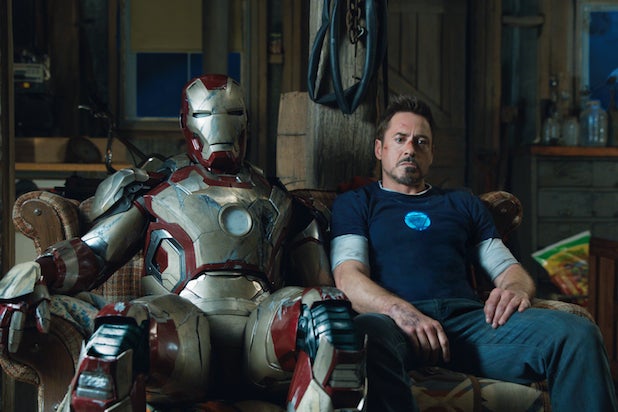 Marvel Entertainment won a copyright infringement lawsuit on Monday that had claimed the company copied the design of their movie poster for “Iron Man 3” from another comic.

Horizon Comics Productions sued Marvel in April 2016 saying the image of Robert Downey Jr. kneeling in his Iron Man suit was copied from an image of their character Caliban, also in a crouched, kneeling position for their comic book series “Radix.”

Horizon claimed in their lawsuit that six Marvel employees were aware of “Radix” and the drawing of Caliban, with two who have had a “working relationship” with the comic’s creators, and influenced the designers of the “Iron Man 3” poster.

However, a U.S. district judge in New York, J. Paul Oetken, wrote in his ruling that “there is virtually no evidence in the record that shows any one of these individuals either would have seen the Caliban Drawing or would have been involved in the ‘Iron Man 3’ Poster design, let alone both.”

Here are the two images side by side, as recreated in the lawsuit: 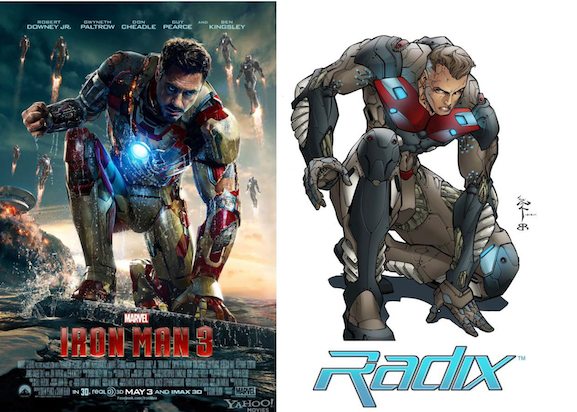 The judge also ruled that Horizon failed to demonstrate that the images were “strikingly similar,” despite sharing some “noteworthy similarities.” The judge said that Horizon produced no evidence of copying, while Marvel produced evidence of independent creation of the poster.

“Marvel arranged a photo shoot featuring RDJ to produce photographs for poster design. And it was photos from this shoot featuring RDJ kneeling and crouching that were ultimately used to create the ‘Iron Man 3’ Poster,” the judge wrote in his ruling. “Horizon does not offer any evidence to rebut this evidence submitted by Marvel showing that the ‘Iron Man 3 Poster’ was independently designed. It instead argues that because the record lacks an image showing RDJ in the exact same pose as the ‘Iron Man 3’ Poster, the final poster was not independently created. The Court is not persuaded.”

Pamela Chelin contributed to this report.