Marvel made the world stop on Saturday evening when company presidentKevin Feige announced its plans for Phase 4projects. I wasn’t even there, and I screamed. Fans are now hotlyanticipating too many gifts to count: Natalie Portman as Thor, TheEternals, Black Panther 2, and dun dun dun, Doctor Strange 2!

Arguably one of the most powerful Marvel superheroes, Doctor Strange is returning with more endless impossibilities. Part one was an action-packed and somewhat amusing dive into his origin story, but this time things will be remarkably different. With so much comic book material to source, Marvel plans to swerve Doctor Strange 2 into a darker direction. 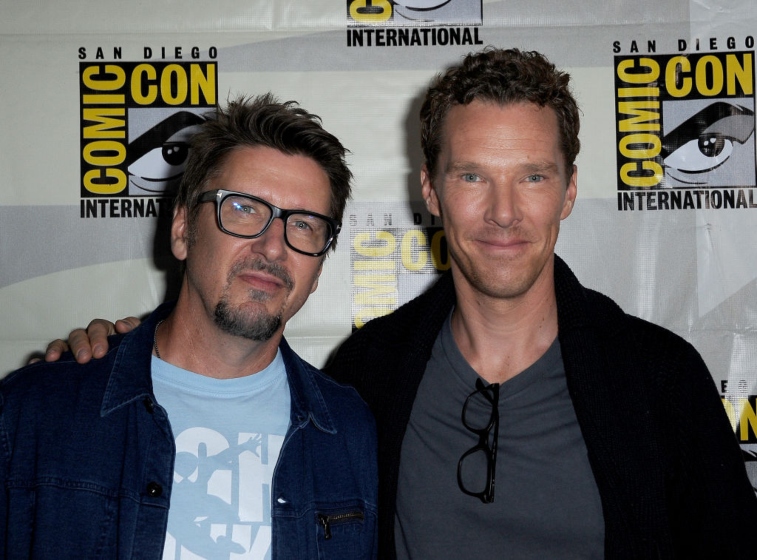 The who and what of ‘Doctor Strange 2’

We’ve known for some time that a sequel was in the works, but Doctor Strange In The Multiverse of Madness now officially has a title and a release date. Due to hit theaters on May 7, 2021, the new story about the Sorcerer Supreme will also include another Marvel superhero: Scarlet Witch.

Elizabeth Olsen will be joining Benedict Cumberbatch, aswill Benedict Wong to reprise his role as Wong. Olsen’s Scarlet Witch is alsogetting her own TV series on Disney+ called WandaVision, and part of herstory will intersect with Doctor Strange, making for a tag team in this newfilm. According to Marvel’swebsite:

“But joining Doctor Strange this time around will be the Scarlet Witch, played by Elizabeth Olsen. In another twist, the events of Doctor Strange in the Multiverse of Madness will connect with the Disney+ series Marvel Studios’ WandaVision.”

Late last year, The Hollywood Reporter confirmed that Scott Derrickson would be returning to direct the sequel and the script would be developed sometime in 2019. It’s true! Derrickson, who co-wrote and directed the first Doctor Strange movie, was on hand at Comic-Con when Feige announced all of Marvel’s newest projects.

Sequel will be a horror thriller

Derrickson, a seasoned director in the horror genre whose credits include Deliver Us from Evil and The Exorcism of Emily Rose, told the Comic-Con crowd that he’s wading deep into Doctor Strange’s gothic lore in the second installment, but don’t worry, it will still be PG-13. CinemaBlend reports that Derrickson shared what he told Kevin Feige about the sequel:

“When I came to Kevin about doing a sequel, I said, ‘I don’t want to do just another sequel. If I’m going to do it, it needs to go into the territory that drew me into the Doctor Strange comics in the first place’ – which is how they dipped into the gothic and the horror and the horrific. And we’re going to make the first scary MCU movie.”

Derrickson went on to say that he loves how Doctor Strange battles baddies in various multiverses, opening the door for psychedelic sequences and out-of-this world villains. There was no mention of who the big bad might be, but the rumor mill says Nightmare is a possibility. Fans can’t wait to see who the master magician and Scarlet Witch will be facing in part two.

If you’re familiar with the comic books, then the Strange-ScarletWitch pairing won’t seem farfetched to you, but it will be interesting to seehow WandaVision’s storylines are woven together with the Sorcerer Supreme’smission. Fellow Doctor Strange fans, we only have to wait until 2021.