Another couple from Married at First Sight Season 13 is getting divorced. Jose San Miguel Jr. and Rachel Gordillo are going their separate ways, the two recently confirmed. They were the only one of five couples from the House season who were still together for the Lifetime reality show’s reunion episode, which aired in November.

Rachel and Jose confirmed their split in a statement to People.

“After much thought, we have decided that we are better off going our separate ways,” they said in a joint statement. “It’s a decision we do not make lightly, but after some back and forth and trying to make this marriage work we know this decision best serves our future.”

The pair went on to say that the Married at First Sight experience “taught us a lot about ourselves and what we both need in a partner.”

“We are grateful to all those who stood by us throughout the last 8-plus months,” they added.

The ‘MAFS’ couple broke up once before 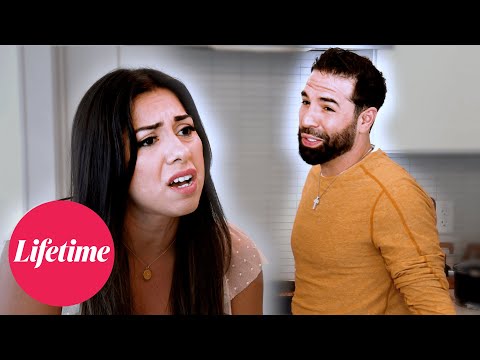 Like all couples on the show, Rachel and Jose were matched by the MAFS experts and got married without having ever met. The pair had some ups and downs during their brief marriage, including an incident where Jose locked his wife out after she called him by another man’s name. Still, despite the bumps, they were one of two season 13 couples who decided to stay together on Decision Day.

But sometime after Decision Day, Jose and Rachel separated, though they were back together by the time of the reunion special. However, it seems they ultimately weren’t able to make things work.

Jose and Rachel were the last couple standing from Married at First Sight Season 13, giving that season a dismal 0% success rate in terms of matches.

Ryan and Brett, Michaela and Zack, and Johnny and Bao all announced that they planned to divorce on Decision Day. Myrla and Gil decided to stay together, but by the time of the reunion special, they had decided to break up.

​​”He’s an amazing person, he’s handsome, everything. But we are just not for each other,” Myrla said.