In the 1960s, on the Greek island of Hydra, a Norwegian ex-pat met a young Canadian poet. She was shopping in a market when this dashing, mustachioed figure appeared in the doorway. “Would you like to join us?” the handsome silhouette asked her. “We’re sitting outside.” Their eyes met, and that was it: Welcome to the Mediterranean region of Smittensville. Her name was Marianne Christine Ihlen; his name was Leonard Cohen. You probably know the rest if you know Cohen’s story, or if you simply have a passing familiarity with the lyrics to “So Long, Marianne.” If not, Nick Broomfield is happy to fill you in. 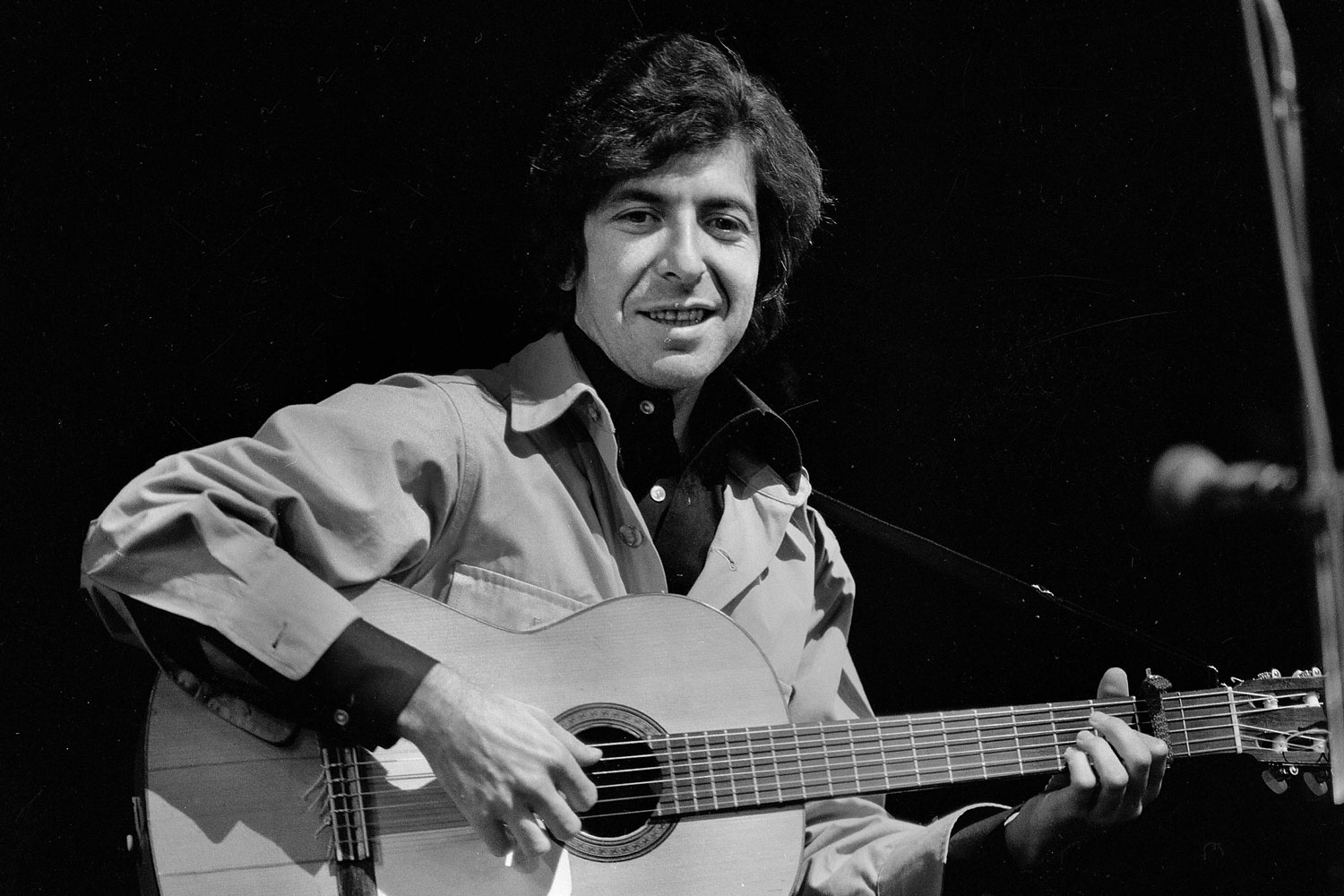 Marianne & Leonard: Words of Love charts the friendship, love affairs and off-on relationship between these two, which resulted in broken hearts, cold shoulders and several unbelievably beautiful songs. After instantly connecting, the two fell into what Ihlen describes as a fairly stock male artist/female muse relationship: He spent his days writing his novel “Beautiful Losers” (later described in reviews as “verbal masturbation” — and that was the Canadian press!) and taking speed; she went shopping and prepped meals and supported him. Various friends, neighbors and fellow free spirits attest to the sort hippie-idyllic vibe of the island’s community, as home movies portray this young couple smiling, swimming and swooning over each other.

Eventually, Leonard feels compelled to return to his native Montreal, where his career as the next Norman Mailer gets sidetracked. One day, he happens to play folk singer Judy Collins a bit of “Suzanne.” She records the song and turns it into a hit. Collins gets him to perform part of it at a fundraiser and Cohen leaves the stage halfway through, sobbing. She brings him back. They finish it together. A star is born. And the union between the musician and his lady love back in Greece experiences the first of many terminal diagnoses to come.

Both a memento mori and the chronicle for how there ain’t no cure for love, the doc continually underlines Cohen’s finicky nature (after begging Marianne and her son Axel to live with him in Montreal, the two fly out to meet him … at which point he declares the invite “a mistake”) and his shark-like need to keep moving or perish. A few attempts at character psychology worm their way in — cue footage of Leonard’s mom — but mostly, we get a portrait of “the poet for quasi-depressed women of his era.” As for Ilhen, we get a sense of her loneliness, her attempts to balance being a mother and a partner, the toll of wanting something she can’t have and someone who won’t be tied down. Even as things are coming to their conclusion, Cohen is still using their bond as the basis for his art. His amore apparently disliked “So Long, Marianne.” The footage of Ilhen watching him sing the famous song that bears her name in 2009, however, suggests a tender pride at having been part of his arc.

And because this is a Broomfield joint, the director is also more than happy to tell you that he and Marianne were briefly involved with each other, to go on about how she gave him his first hit of acid and to include a contemporary scene of him visiting an old friend to talk about their glory days of hanging out with “so much golden sun-kissed people of either sex.” The way he pronounces the word “lovers” could not sound more world-weary, or more giggle-inducing and gauche; even though the veteran filmmaker actually has a legit first-hand connection to the story, the temptation to roll your eyes every time he tries to insert himself into the spotlight is irresistible. (Shockingly, the Kurt & Courtney documentarian does not bump into a single boom microphone once.) Everybody knows that you pay the ticket, you take the occasional but-enough-about-my-subject detours on the Broomfield ride.

But the payoff is huge. There’s a lot of great Cohen footage, much of it taken from the invaluable 1974 tour diary Bird on a Wire, and you get his journey from early scribblings to late-tour comeback. And Marianne & Leonard doubles as a look at the darker side of the Sixties bohemian ideal, when Hydra’s utopia went from hedonistic freedom to marriages dissolving and both donkeys and kids being unwittingly dosed. “People took it too far,” one talking head notes, and the already fine line between anything-goes and everything-falls-apart gets blurred beyond recognition. There are cracks in the permissive postcard paradise — that’s how the darkness gets in.

What makes this film unmissable, however, is the fact that we get Marianne’s story more or less in full as well. It’s a fleshing out of someone who was more than just a muse, more than just an object of affection for a notorious ladies’ man, a famous singer and an infamous bastard. We’ve heard the now-famous letter that the musician wrote to Ilhen as she lay on her deathbed, of how he was “just a little behind you” in terms of time running out. (Cohen would shuffle off this mortal coil three months after her final breath.) But to see that letter being read aloud, and to witness the run of emotions across her face as she processes one final affectionate “so long,” is to feel that the narrative has been handed back to her. There’s a reason her name comes first in the title. Marianne is no longer just “Leonard’s muse.” She’s a woman who’s lived and loved and lost completely apart from the songs.

A version of this review ran in our Sundance 2019 coverage.