It comes after the reality star, 28, bravely spoke out about her battle with the skin condition on Instagram last month. 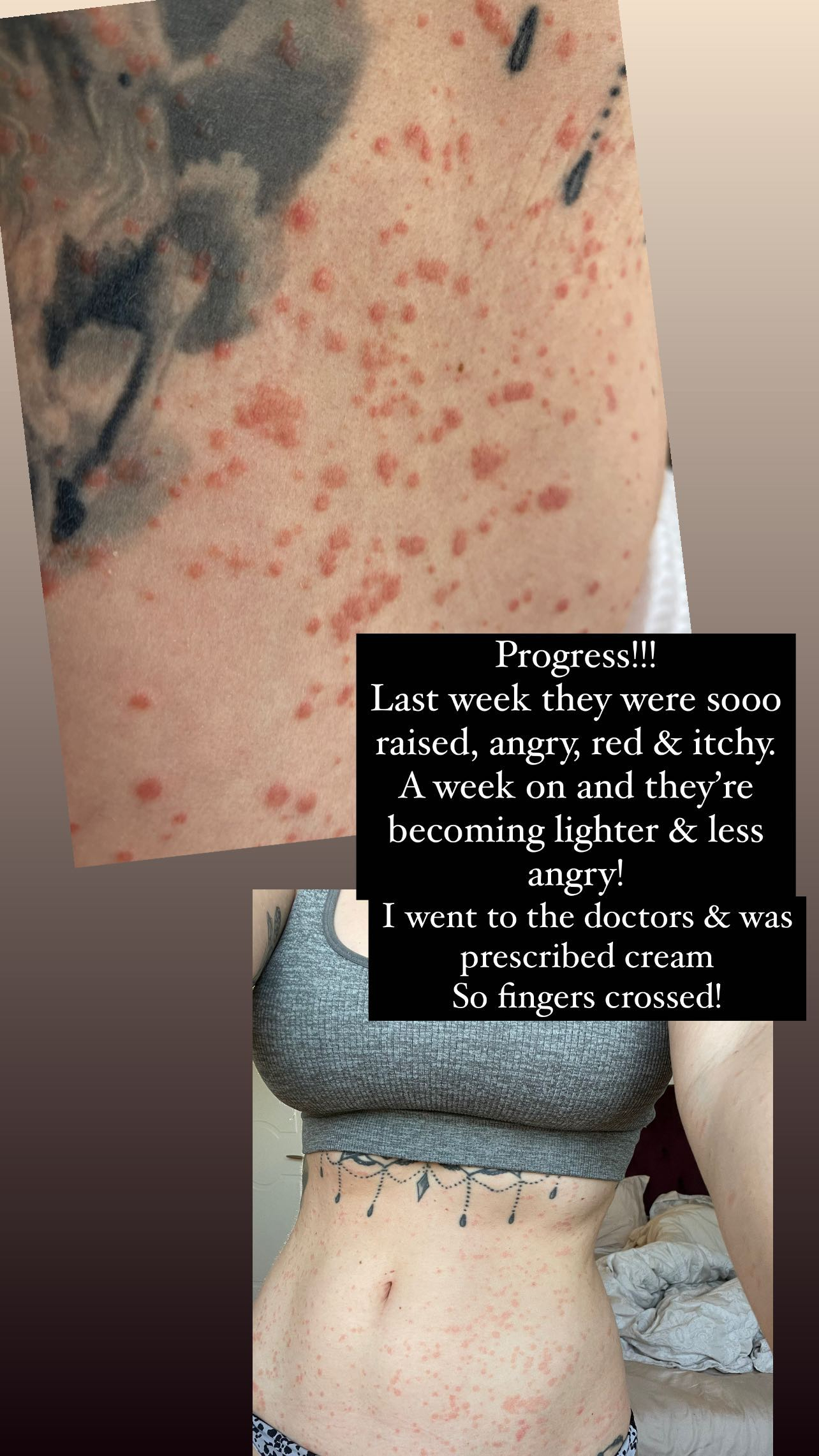 Olivia took to Instagram last night to update her followers with what her guttate psoriasis looks like since getting her hands on some prescribed cream from the doctors.

She uploaded a before and after snap of her torso and captioned the post: "Progress!! Last week they were soo raised, angry red and itchy. A week on and they're becoming lighter and less angry!"

Although the beauty has had an "amazing response" about sharing her condition, not everyone has had something nice to say to her.

When asked if she has been the victim of any abuse since sharing her story, Olivia previously told The Sun Online: "I have had some nasty ones but I just block and delete people, but I did have one that was like 'your skin is so disgusting'. 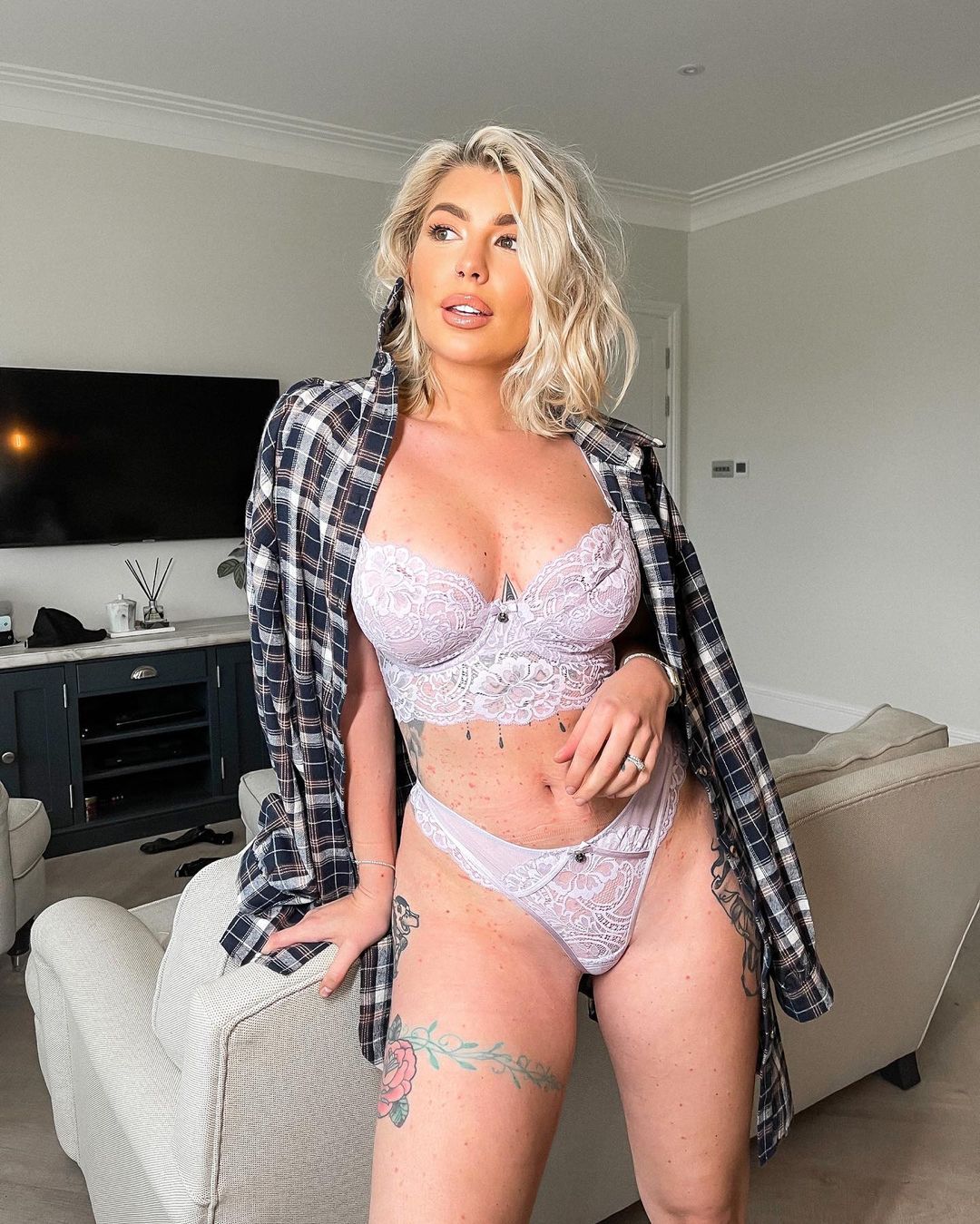 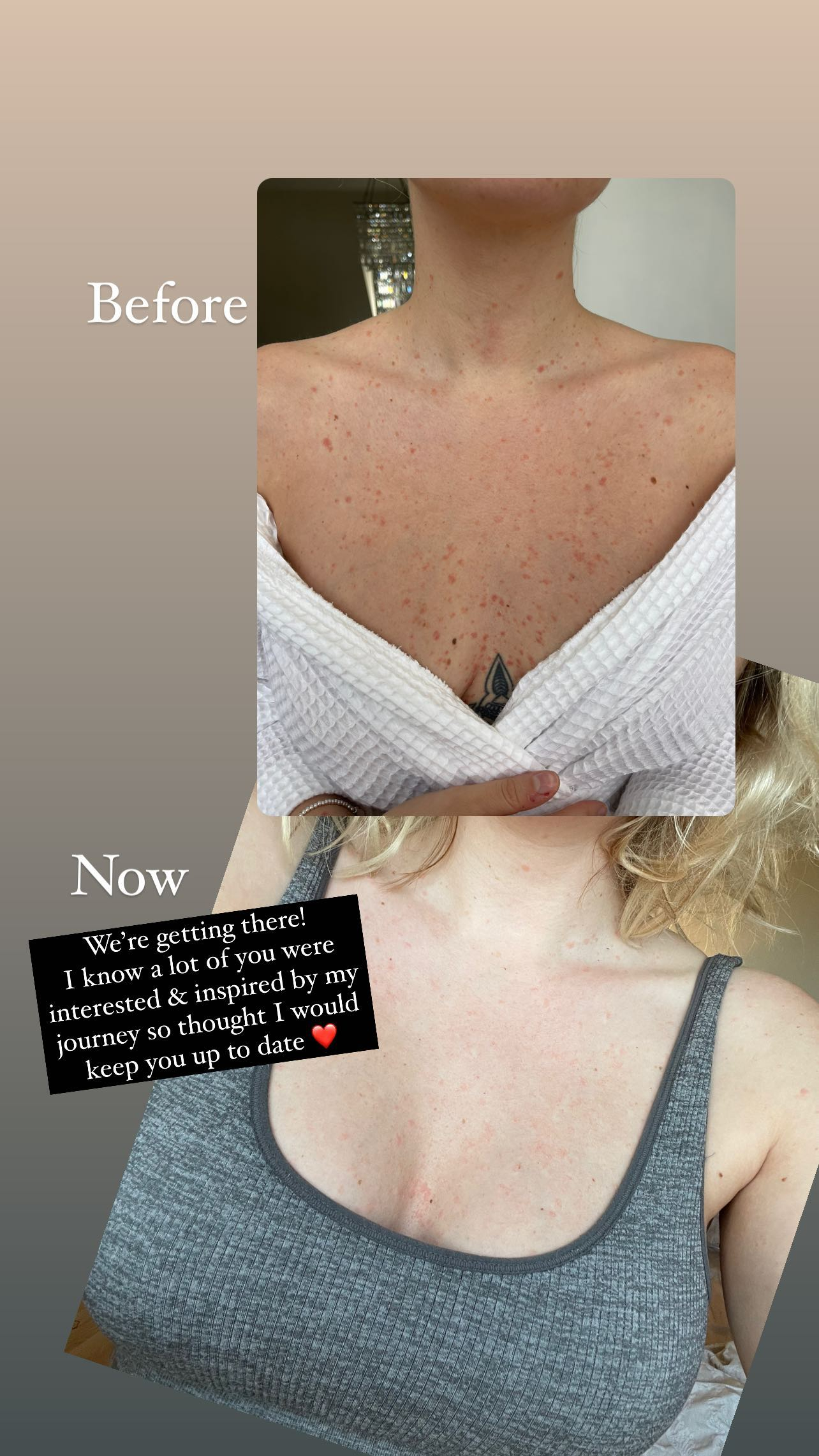 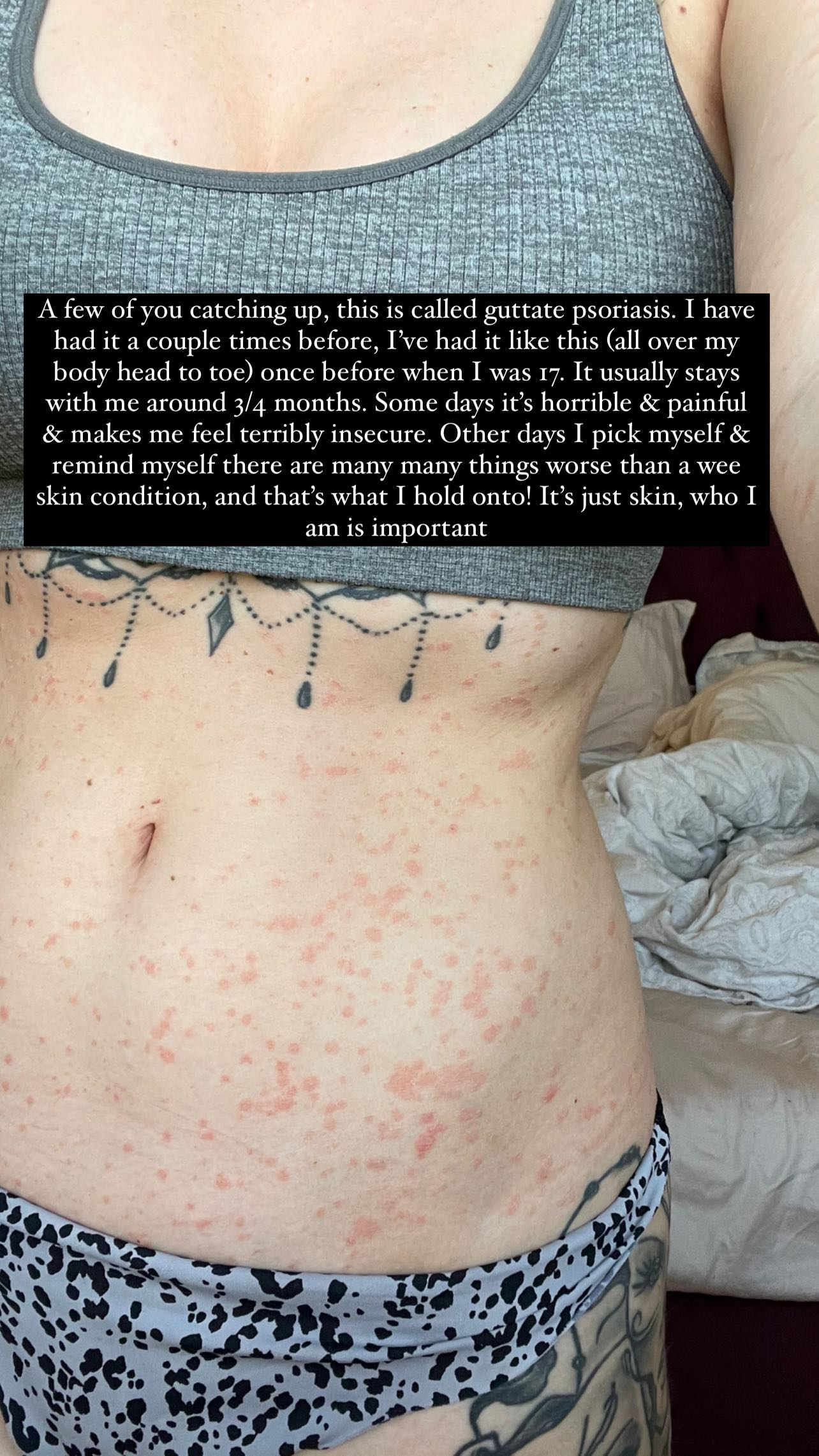 "You do get them but I just don't give them any air time. I just respond to the nice ones."

The star proudly shared some before and after snaps of the red teardrop-shaped spots on her chest – which have come on leaps and bounds over the past month.

Olivia has suffered with the condition since she was a teenager and has to wait a number of weeks before it is fully gone.

In another post she reminded fans: "A few of you catching up, this is called guttate psoriasis. I have had it a couple of times before, I've had it like this (all over my body head to toe) once before when I was 17. 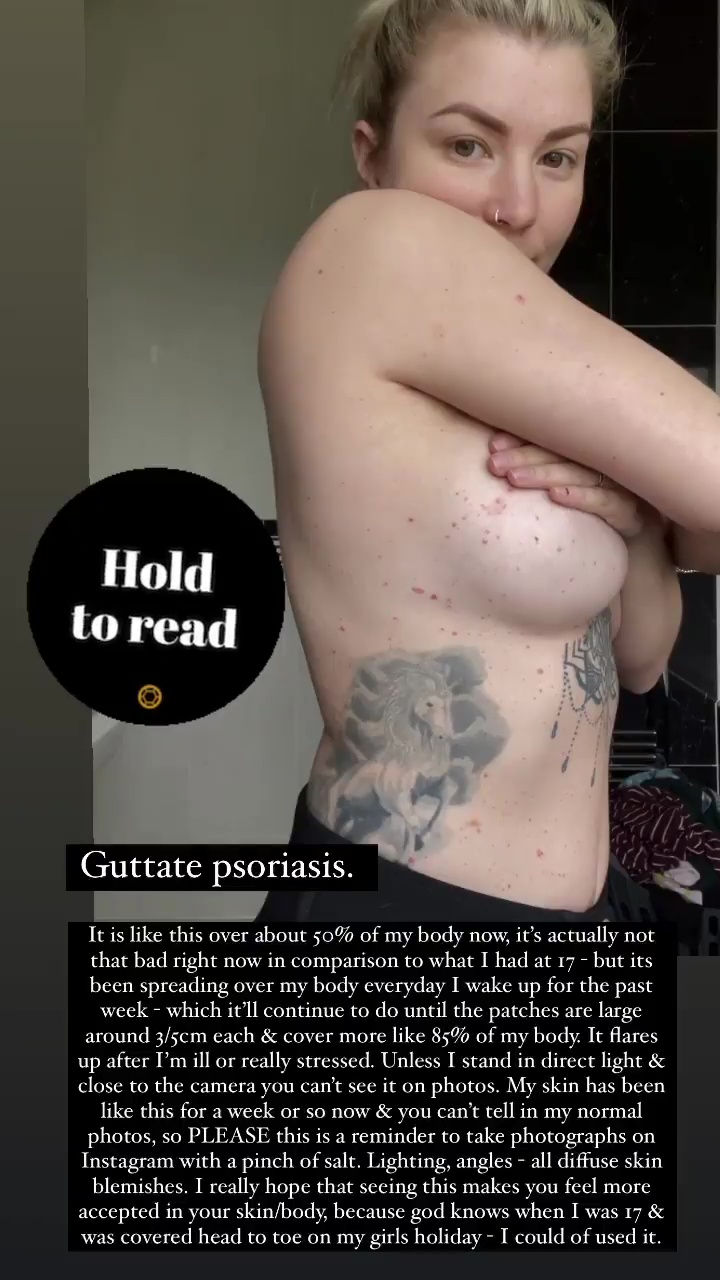 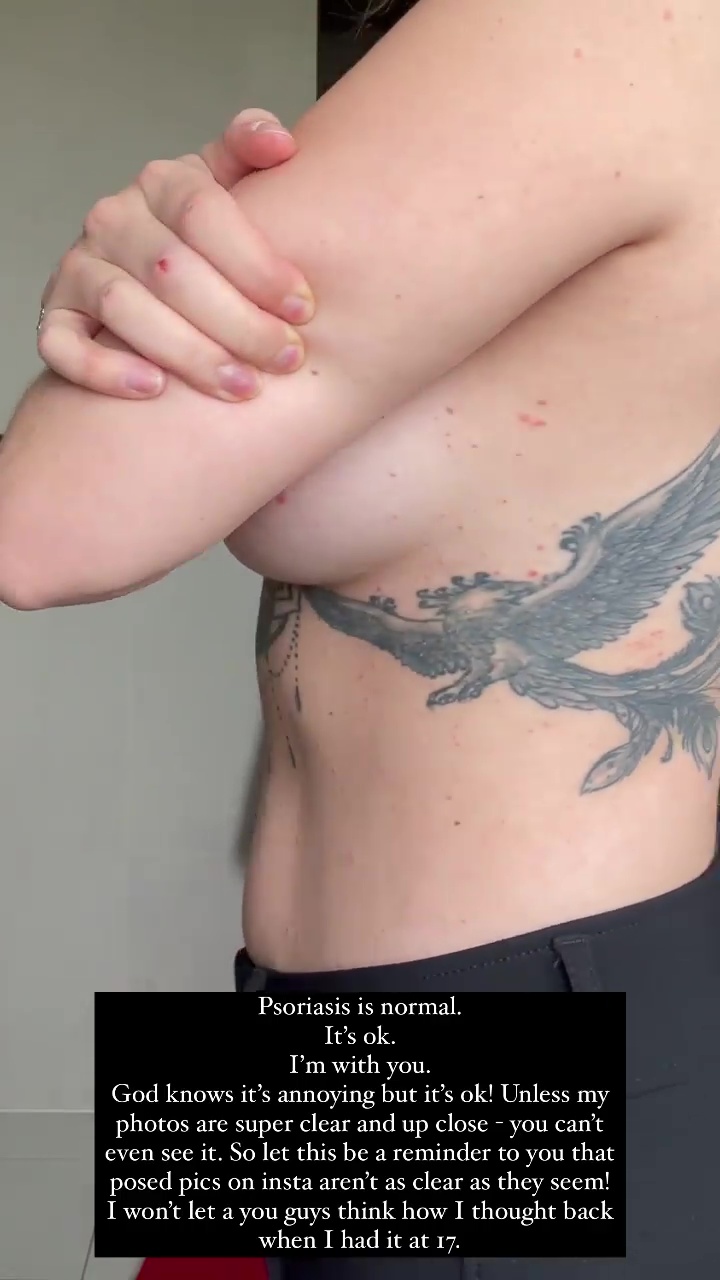 "It usually stays with me around 3/4 months. Some days it's horrible and painful and makes me feel terribly insecure.

"Other days I pick myself and remind myself there are many many things worse than a wee skin condition, and that's what I hold onto! It's just skin, who I am in important."

Back in January Olivia decided that the time was right to share her skin condition with the rest of the world.

The reality star revealed that she was on a desperate hunt for a sunbed to help ease her symptoms. 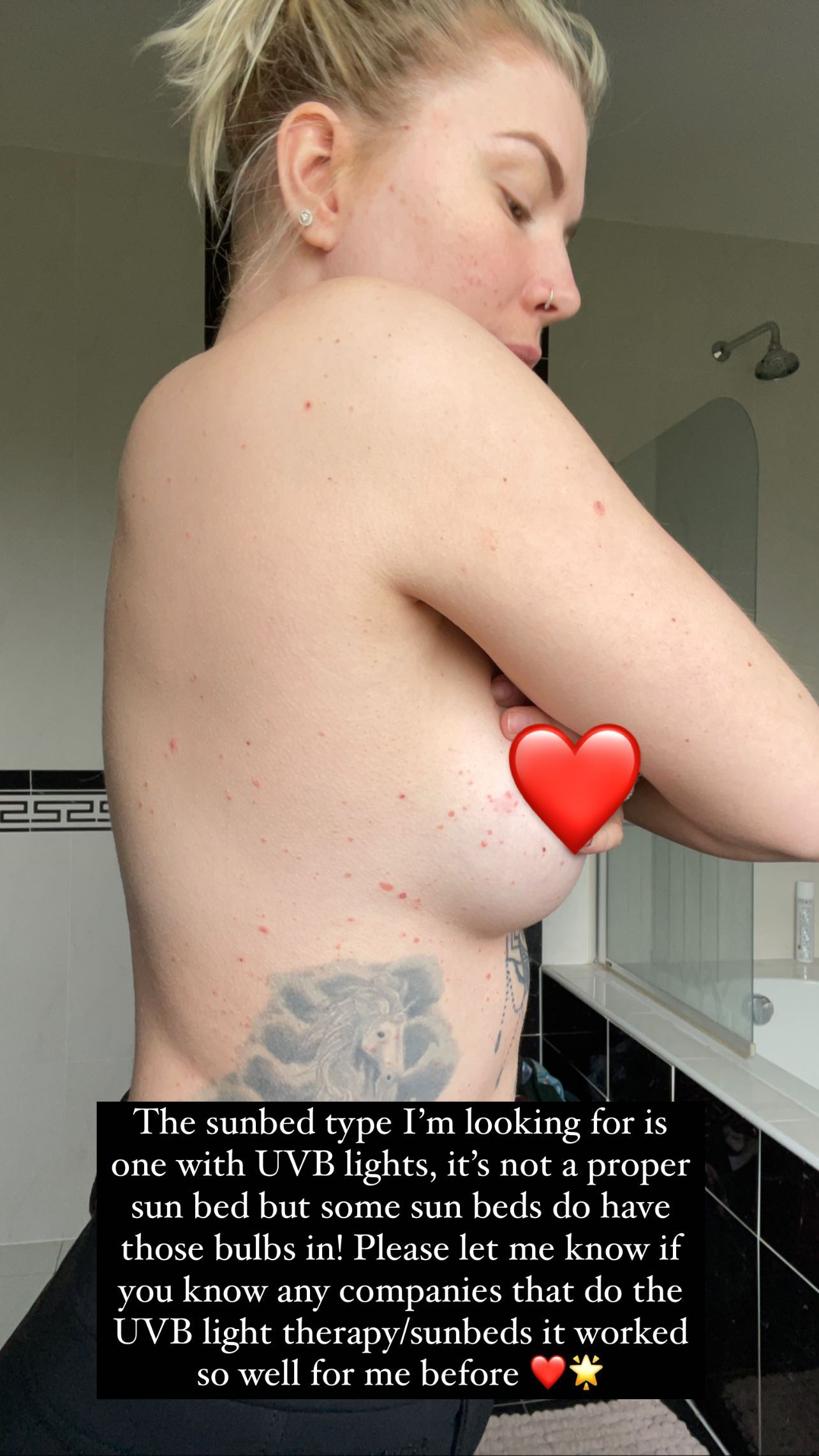 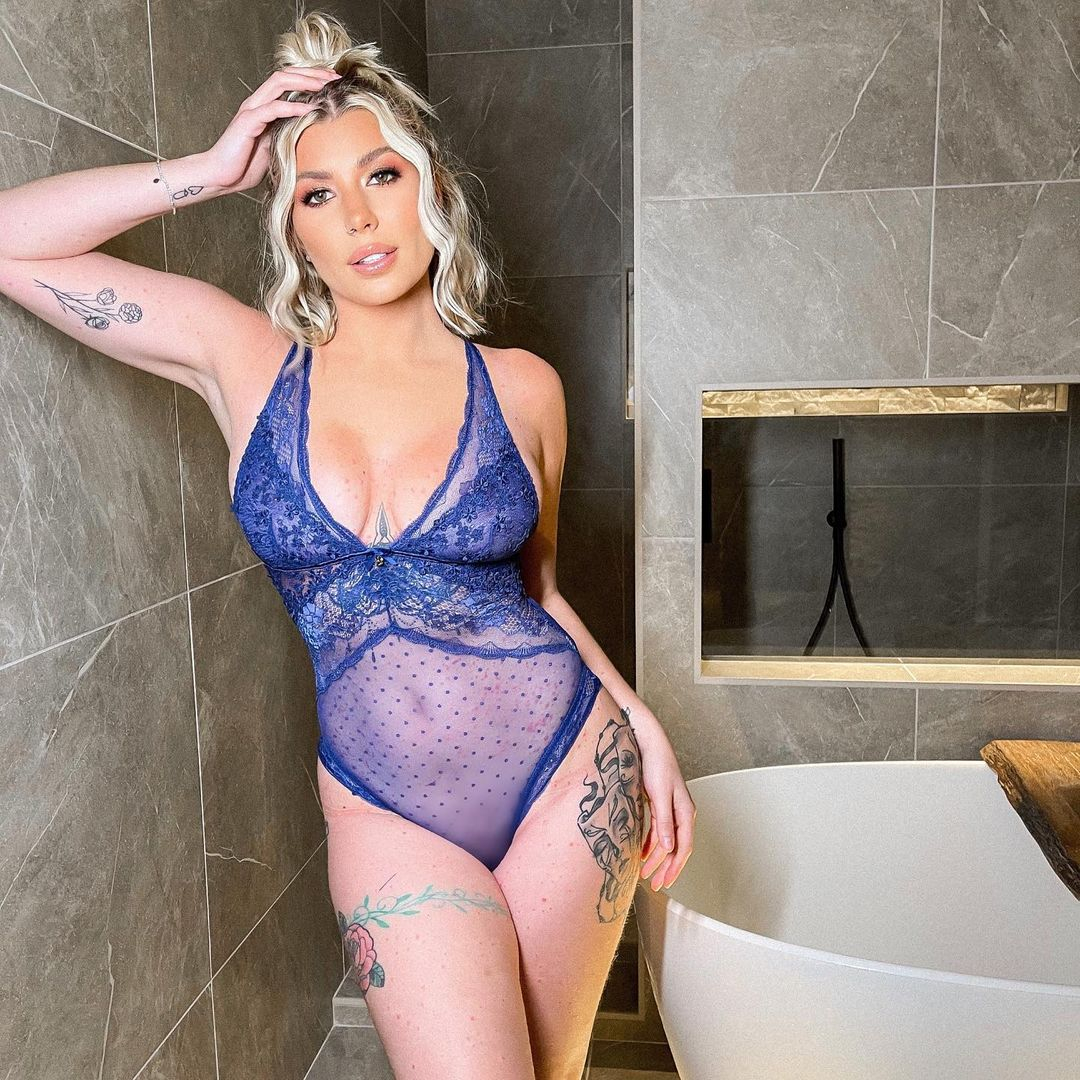 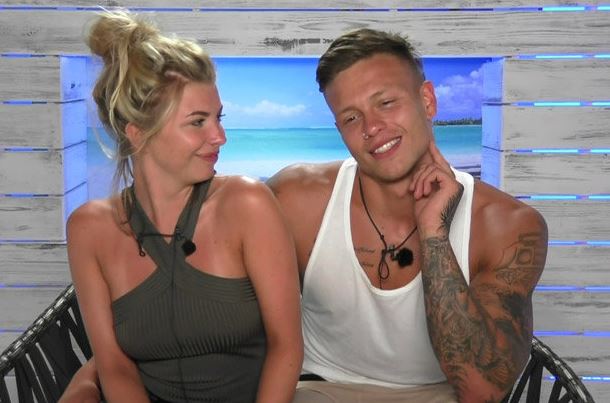 She told her 2.5 million followers: "Hi guys – I wouldn't usually ask about sun beds and I don't actually use them however, my psoriasis (which I talked about the other saying it was on my chest and scalp) has now travelled all over my back and stomach and is making its way down my arms and legs!

"The only thing that helped when I was 17 when it was all over my body was a sun bed. I've called numerous places today with no luck of renting.

"I wondered if anyone could recommend my a sunbed rental for home in Essex?"

At the time Olivia had itchy spots over 50% of her body and explained that it flares up after she's ill or is really stressed. 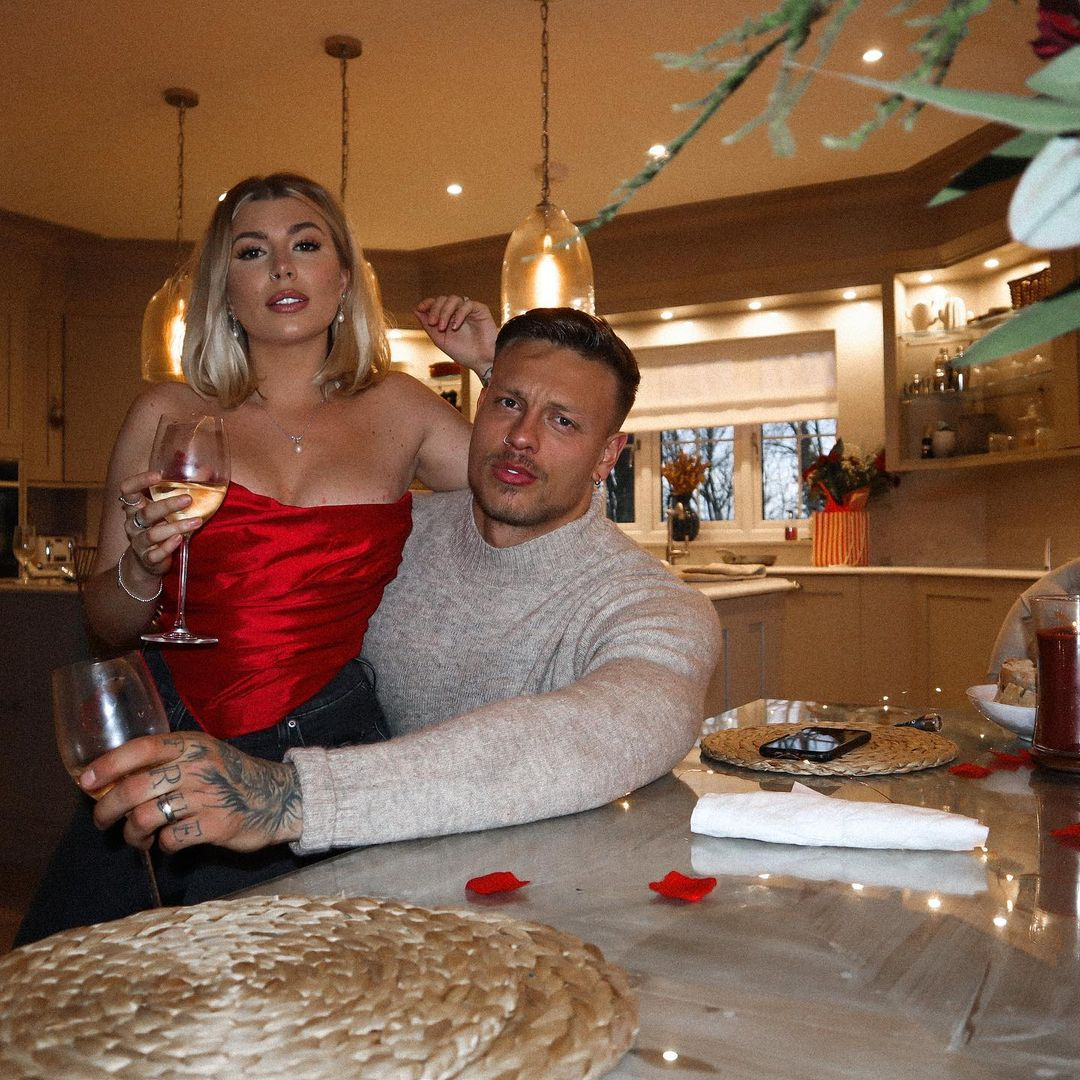 Speaking out to fans who also have the condition, she tried to reassure them that things will get better.

She said: "Unless I stand in direct light and close to the camera you can't see it on photos.

"My skin has been like this for a week or so now and you can't tell in my normal photo, so PLEASE this is a reminder to take photographs on Instagram with a pinch of salt.

She added: "I really hope that seeing this makes you feel more accepted in your skin/body, because god knows when I was 17 and was covered in head to toe on my girls holiday – I could of used it."

In a final plea, she went on: "Psoriasis is normal. It's OK. I'm with you. God knows it's annoying but it's OK! Unless my photos are super clear and up close – you can't even see it.

"So let this be a reminder to you that posed pics on Insta aren't as clear as they seem! I won't let you guys think how I thought back when I had it at 17."

Olivia first shot to fame in 2016 on the second series of Love Island and placed second with husband Alex Bowen.