LOVE Island stars Camilla Thurlow and Jamie Jewitt have got married in a "beautiful" ceremony.

The pair, who got engaged in February, tied the knot in front of some of their celeb pals today. 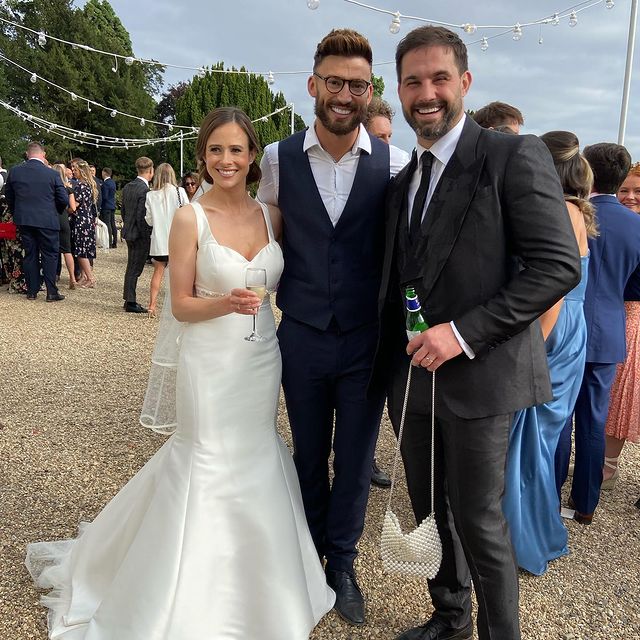 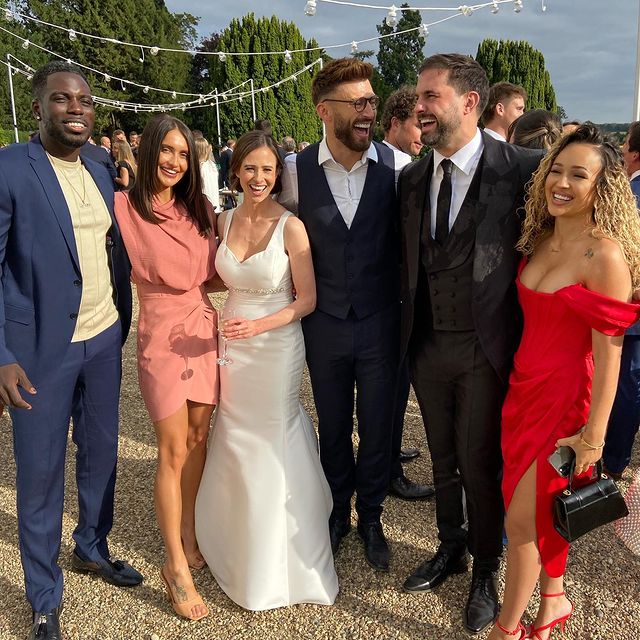 Camilla, 32, had seemed destined to be unlucky in love on the ITV show in 2017 until Jamie, 31, came in after more than four weeks.

The adorable pair were a huge hit with viewers and were runners-up to Amber Davies and Kem Cetinay, despite only being together a short time.

But the foundations they built on the reality show have clearly been built to last after they said "I do" in front of their loved ones.

Camilla looked stunning in a gorgeous white fit and flare wedding dress, beaming as she held a glass of bubbly.

New hubby Jamie looked dashing in his dark three-piece suit, as he grinned from ear to ear while holding a beer.

Their celeb pal Jake Quickenden was the first to share snaps from the event.

He posted a series of pics on Instagram, including two which showed the happy couple alongside their fellow islander Marcel Somerville and his partner Rebecca, as well as Jake and his fiancée Sophie Church.

He also shared a video of the pair after the wedding with an announcer heard saying: "Can you please give a very warm welcome and please be upstanding for the new Mr and Mrs Jewitt."

The pair, who were earlier pelted with confetti after tying the knot, where then seen entering the room to rapturous applause.

Jamie used baby daughter Nell to help him propose back in February.

Camilla revealed her man "totally surprised" her with the proposal, where he gave her a stunning engagement ring after dressing their baby, Nell, in a T-shirt that asked: "Mummy, will you marry my daddy?"

Hunky Jamie said at the time he couldn't wait to be married to the love of his life – and now his dream has come true.

The pair welcomed Nell into the world in October, and were besotted from the very start. 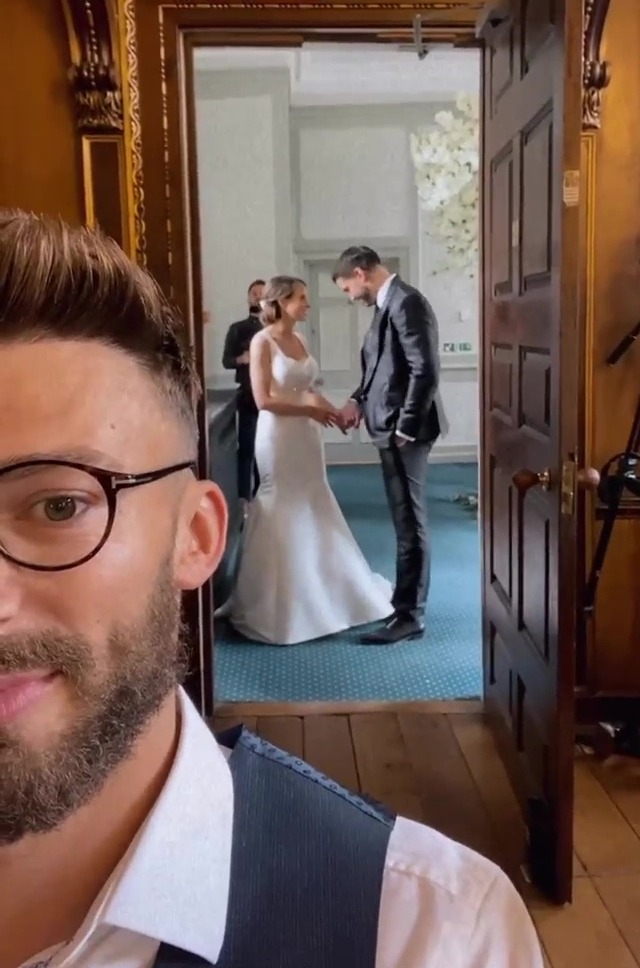 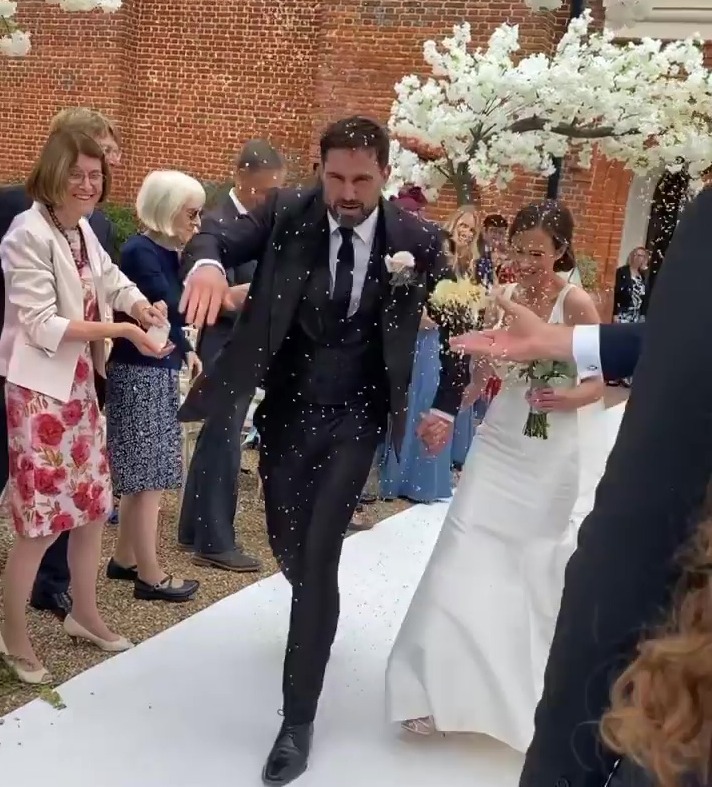