Love Island is only on television screens for another three weeks, but fans have been looking back at this year’s show and noticed a difference to the previous series.

In former series’, fans of the reality dating show have seen many couples get intimate with one another, taking advantage of a night in the Hideaway, but this year, viewers have complained and branded the show “sexless“.

Apparently, there is a good reason for this as a TV insider has claimed producers are choosing not to show the Islanders engaging in sexual activities.

A source told The Sun: “There’s a few couples having sex in the villa but it hasn’t been shown on TV – bosses are worried about upsetting them and fear ruining their lives.

“Everyone is being extra careful about the well-being of the cast and how they deal with the aftermath if their sex scenes are shown.”

It comes after Zara Holland, a 2016 Love Island contestant, was stripped of her Miss Great Britain title because she engaged in sex while on the show.

The insider added: “ITV bosses are being extra cautious and it’s easier to not show sex – if it happens it’s alluded to in the commentary by Iain Stirling rather than explicitly shown – chances are we might never see anyone have sex on Love Island again.”

As for who has potentially had sex with one another in this year’s show, it seems Tommy Fury and girlfriend Molly-Mae Hague may have “done bits”.

In a scene shown earlier in the series, they were seen spooning one another before Molly gasped “Jesus Christ”.

During another evening in bed, viewers saw her reach below the covers and whisper “It’s f*****g huge”. 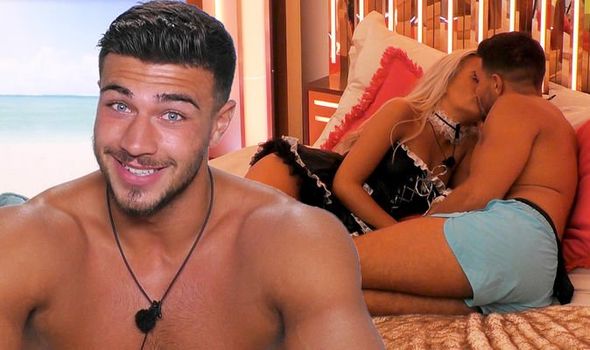 However, this is contradicted by ex-contestant Amy Hart, who chose to leave the show earlier this week and revealed non of her fellow Islanders were interested in having sex with one another.

She told The Sun: “No one wants to have sex as it’s a family show now. It used to be more niche but my 73 year old nan and granddad are obsessed with it.”

And those watching at home have noticed the distinct lack of intimacy.

Taking to Twitter to discuss, one said: “Love Island this year with no sex #LoveIsland.”

“We are days from the final and the fact no one has had sex this year in the villa makes me think most of them are there only for fame and therefore not engaging in anything more intimate #LoveIsland,” someone else wrote.

A third wrote: “Distinct lack of sex this year on #LoveIsland. More people interested in crying over a man who ain’t their man.”

What do you think about no sex scenes being shown?

“Love Island season 2 and 3 makes this series look so PG. Where’s the sex scene in the wardrobe or the day sex hahahah? It’s not even PG its U at this point #LoveIsland,” one fan suggested.

The rules surrounding sex within the villa involve consent. According to a former contestant Simon Seamless, each islander is given a guidebook before entering outlining rules for having sex and consent.

“You never really get a lot of drink but they do say if someone’s had too much to drink do not have sex with them,” he said.

Host of the show Caroline Flack has also previously revealed how the villa has their own Love Island branded condoms which each contestant must use should they engage in sexual activity.

There have been suggestions that any solo sexual acts could land contestants in trouble.

“They give you a bit of a handbook before and it’s in regards to consent, nakedness, condoms, what’s right and what’s not,” Simon continued.

Love Island airs every night at 9pm on ITV.