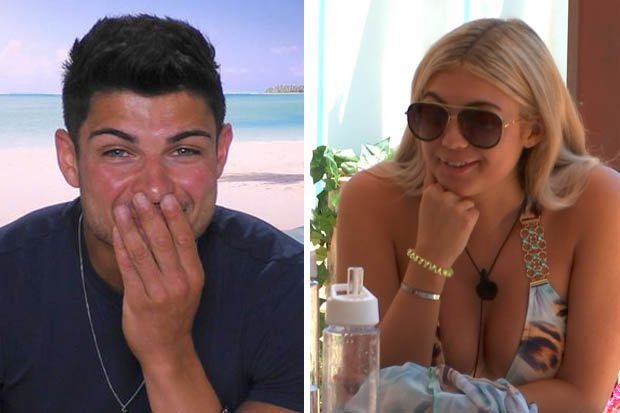 The Scottish lad hasn’t exactly had the easiest time in the Love Island villa.

However, Anton Danyluk finally got a bit of action during tonight’s show… sort of.

And it was revealed he got a little “excited” during their night together.

Belle was heard telling the other islanders that Anton got a bit carried away while she scratched his back in bed.

She exclaimed: “You can tell it’s been a while.”

They asked him: “Did you do bits,” to which he replied: “Not quite.”

He also said he got “excited” under the sheets thanks to Belle’s scratching technique.

Fans were in meltdown over the information online.

One Twitter user exclaimed: “Lol, man got a b***r from back scratch? Oi it’s been long for Anton.”

While another added: “The way Anton was lapping up that neck scratch…”