LOVE Island fans have been left baffled after Monday's surprise dumping saw Hugo Hammond save Sharon Gaffka – despite their vicious spat which saw him left in tears.

The dramatic re-coupling saw Rachel Finni booted out after she was left single – yet fans were hugely confused at why some couples had partnered up after seemingly showing no connection. 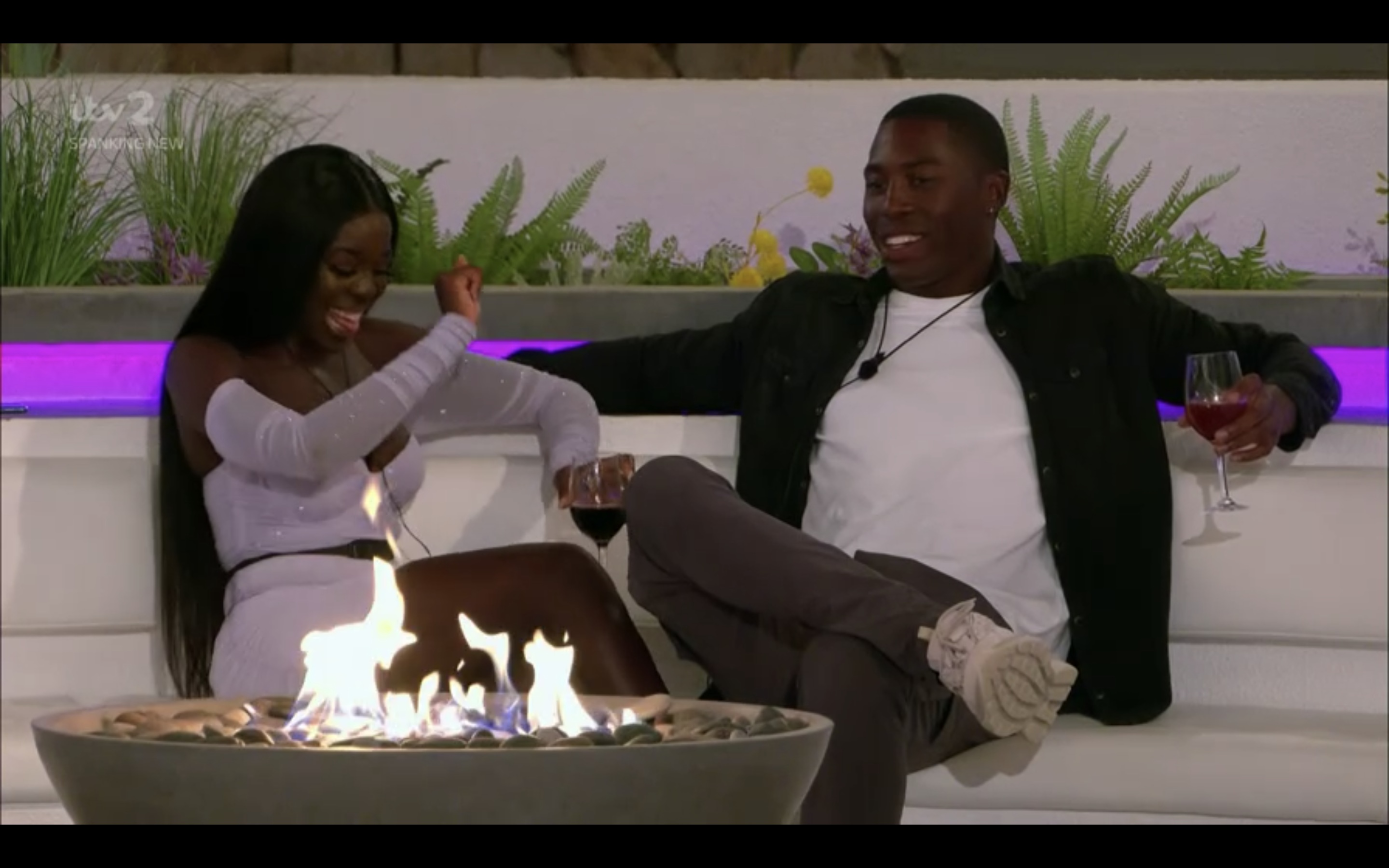 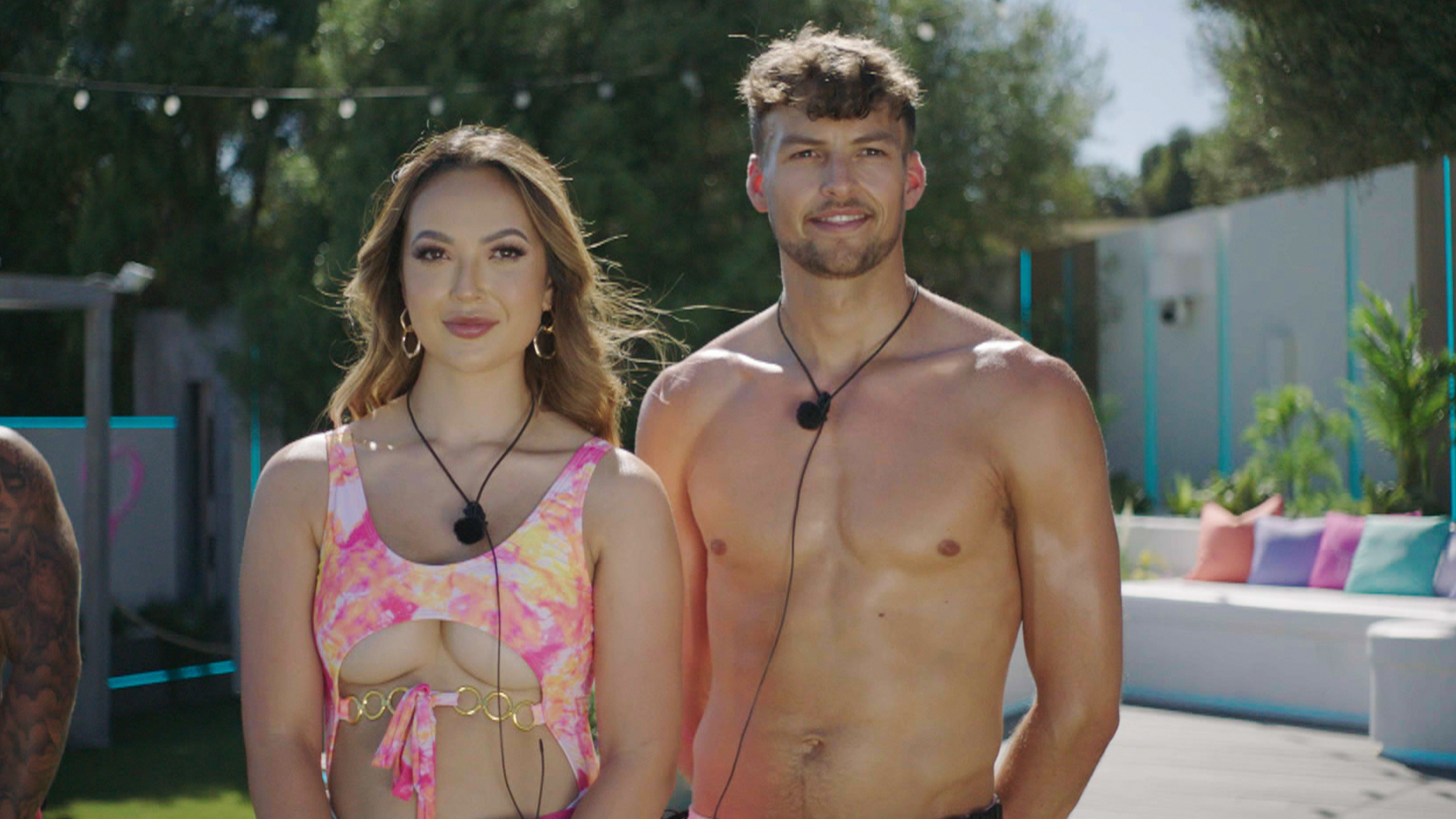 New boy Teddy Soares took charge of the first re-coupling where the BOYS got to choose who they partnered with.

Yet bemused viewers claimed coverage in its one-hour shows had not detailed apparent closeness of Aaron Francis and Kaz Kamwi.

They called out just why Hugo Hammond saved Sharon Gaffka despite her making him cry in an explosive row over cosmetic surgery.

One fan took to Twitter to muse: "I swear the producers are hiding a lot of footage, like since when were Kaz and Aaron close?

"Since when were Hugo and Sharon close since she made him cry? #loveisland."

A Love Island show insider said: "It's a one hour show, so obviously not every moment in a 24 hour day can be put in the show."

Another took to the social media site to write: "This shows the producers cut (show what they want) a LOT of footage.

"I bet Kaz and Aaron are mad kool but I never see them interact much lool #LoveIsland."

One agreed and posted: "The problem I also have with ITV is this coupling is hella surprising because we have not seen any footage of Kaz and Aaron’s friendship, only when Toby pied her off and Sharon was also there.

"The editors need to stop showing the blonde trio and show us that #LoveIsland."

AARON AND KAZ WHO?

Another mused: "Just goes to show that someone is not sharing the footage of Aaron and Kaz friendship.

"Cause he was literally cuddling Sharon on a daily but he saved kaz ANYWAY. Nah, that smells like fish to me."

Aaron and Sharon had even been spotted holding hands in bed on Sunday – after he cooled their relationship off.

Aaron made it clear to the civil servant, 25, that he wants to start a huge family, however Sharon revealed that she is more focused on having a successful career.

HUGO VERSUS SHARON – BUT HE STILL PICKS HER

The hunk also wasn't a fan of how Sharon reacted to PE teacher Hugo Hammond's comments about not being "attracted to fake girls" as she came across "too fiery" for him.

Hugo had said he wasn't a fan of "fake personality and looks" referring to women who've had plastic surgery.

Sharon lashed out at Hugo on the day beds and he eventually cracked.

She said: "I get it if you're not into fake stuff that's fine but you don't know the reasons we've had done."

He replied: "Yeah I didn't mean it as a personal barrage which I know it has come across like that I am sorry."

Meanwhile Aaron decided to call it a day between them both – yet since then, there has been no sign of a blossoming friendship with Kaz, making his decision surprising to some.

One then flagged: "Wait, this raises another question. There’s all this filler footage in the episodes but they refused to show us Kaz & Aaron’s Friendship?" 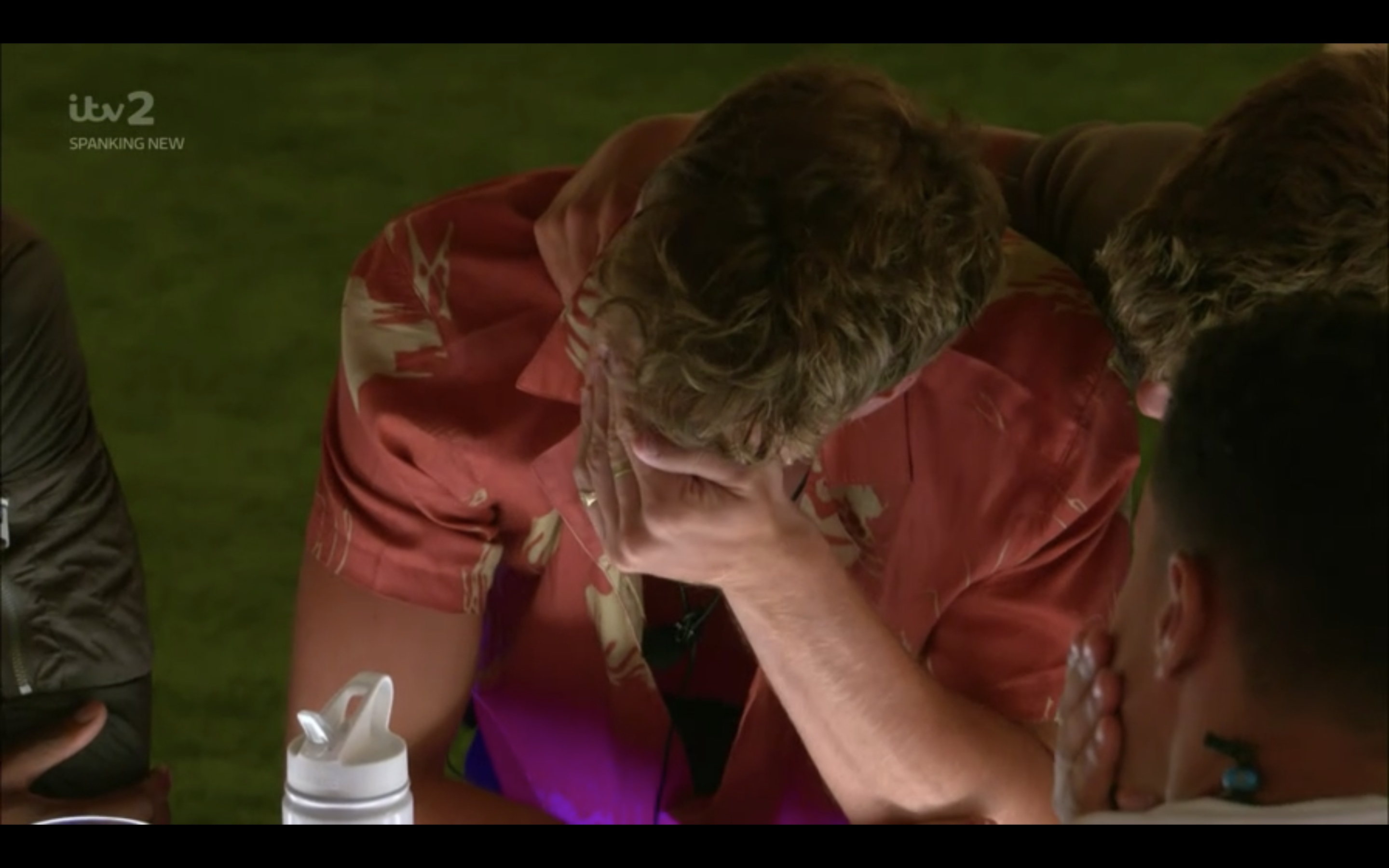 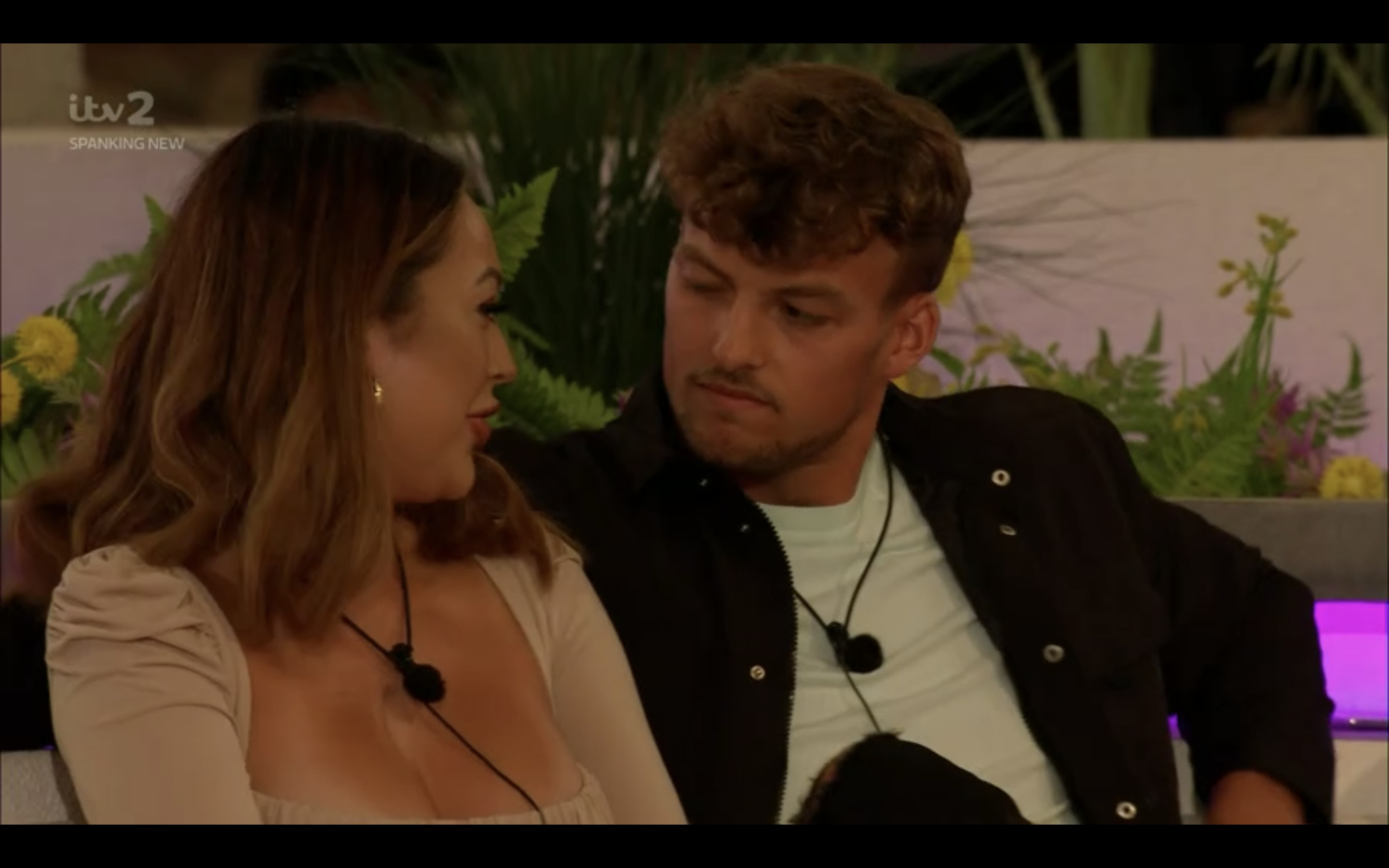 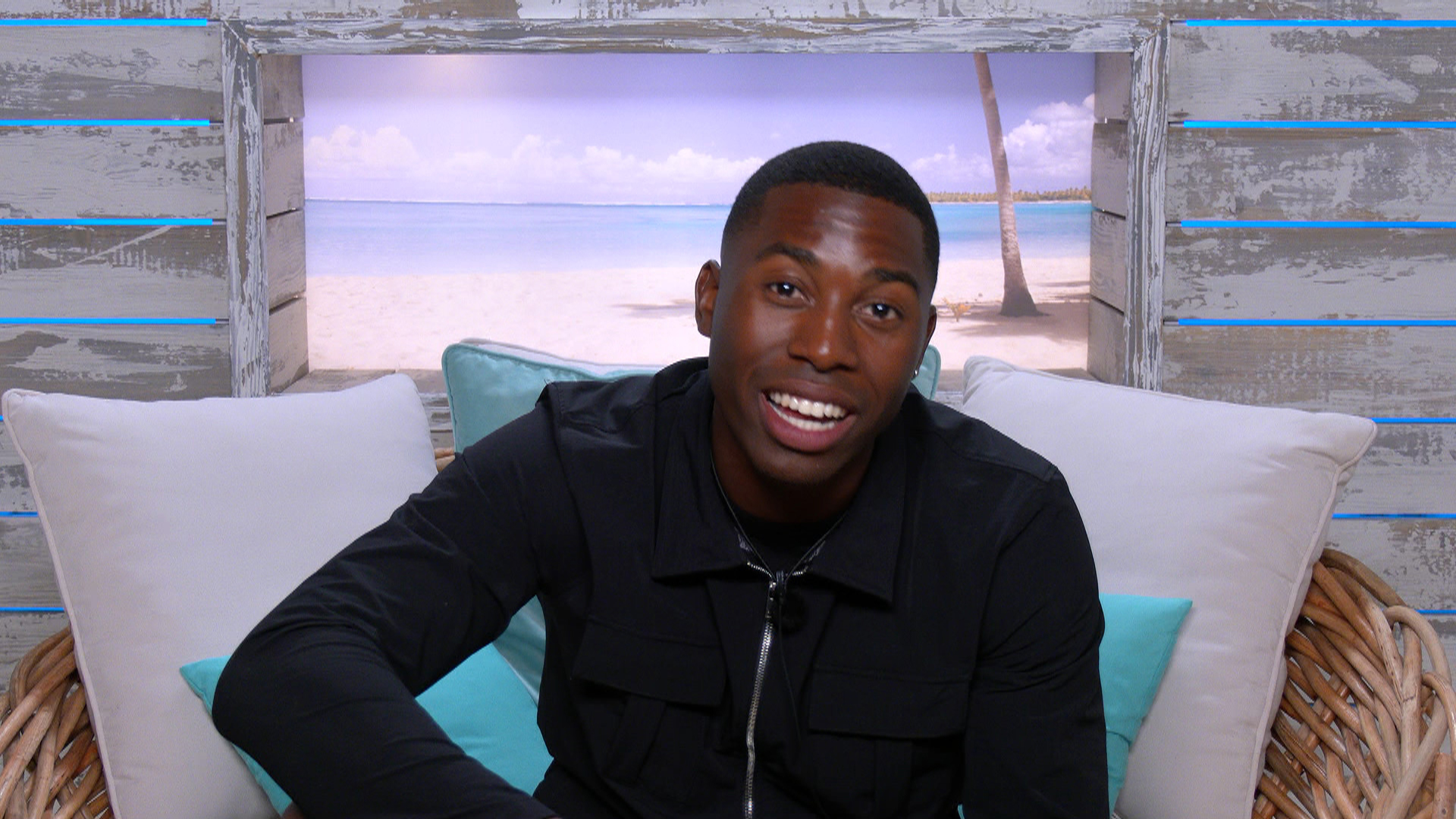 A final Love Island fan demanded: "Right ITV I'm gonna need to see more footage of Kaz and Aaron because I didn't even know they were mates."

Love Island continues today at 9pm on ITV2 and ITV Hub.
Episodes are available the following morning on BritBox.