Ravonna Renslayer (played by Gugu Mbatha-Raw) has been keeping Mobius (Owen Wilson) and the rest of the TVA in check throughout the first two episodes of Marvel’s brand new series, Loki. However, as more episodes are eventually released on Disney+, she may be due a visit from her powerful superiors, the universal overseers known as the Time-Keepers.

Gugu Mbatha-Raw has previewed her intense character arc as Ravonna Renslayer over the next four episodes of the brand new Disney+ series, Loki.

As the massive Marvel universe continues to expand, a variant of the trickster god Loki (Tom Hiddleston) is reluctantly taken aboard the Time Variance Authority after escaping from New York in 2012.

However, the organisation is shrouded in secrets, and many fans, along with the God of Mischief, are convinced the TVA isn’t exactly what it seems.

This includes the high-ranking judge known as Ravonna Renslayer, who reports directly to the TVA’s elusive founders, the Time-Keepers. 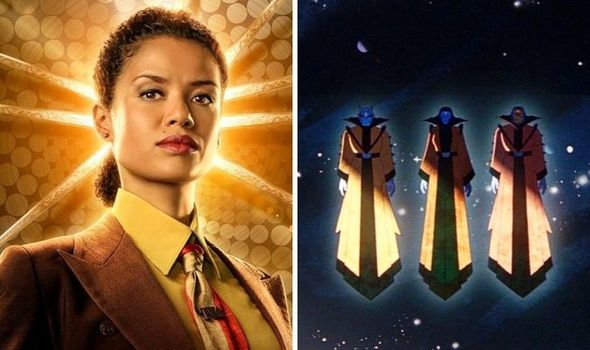 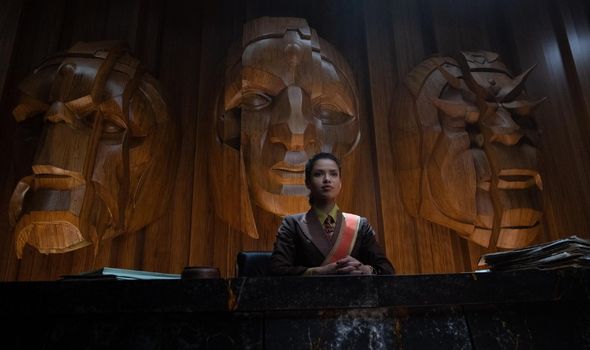 Ahead of the release of Loki’s third episode this Wednesday, Mbatha-Raw shared some more insight into Ravonna’s development over the course of the series.

In a recent video Q&A, she told TVLine: “She’s in a position of power.

“She doesn’t grab her time stick from her mantelpiece very often, unless it’s absolutely necessary. The stakes are very high for her.”

So far, Ravonna has acted as a middleman between the TVA’s Hunters and the Time-Keepers, to ensure the sacred timeline is kept in check. 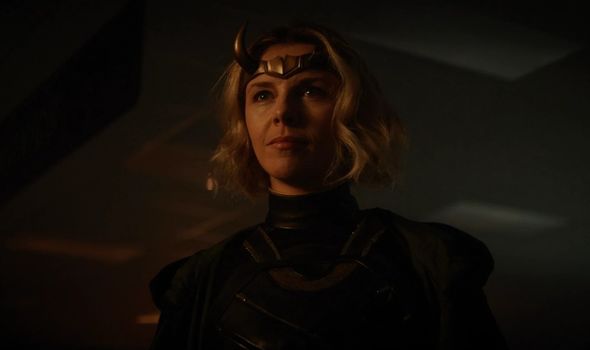 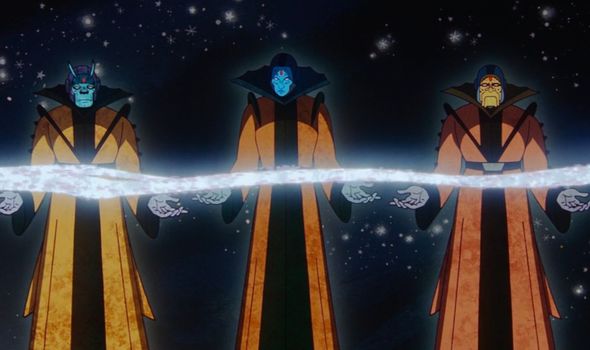 Much like Loki himself, a number of fans are skeptical that the agency’s strange founders even exist, as they’ve yet to make an appearance.

Ravonna’s actions seem to indicate that she may know more than she’s letting on, as she has already cut Agent Mobius some slack by letting the supervillain join their search for a dangerous Loki variant who’s been disrupting the timeline.

However, Mbatha-Raw’s new comments seem to confirm the existence of the Time-Keepers, as she suggested her complacency towards Mobius could warrant a visit from her imposing supervisors.

She not only confirmed that she reports directly to the commanders of the sacred timeline, but revealed they won’t be pleased when they hear about what Mobius and Loki have been getting up to during their adventures through time.

The Loki star explained: “She has a huge amount of responsibility on her shoulders.

“It’s going to come down on her, and she’s the one that’s going to have to explain herself to them.”

While Loki may not be able to plead his freedom to the Time-Keepers, it seems they’ll at least be coming to TVA headquarters to give Ravonna a rap on the knuckles.

After her brief yet impactful appearances in the first two episodes, Gugu Mbatha-Raw finally added that Ravonna will have a major part to play as the series goes on.

She revealed: “Things really get more intense for Renslayer as the show goes on.

“It gets more and more complex and layered for her, the deeper we get into the season.”

Things are already heating up now the Loki Variant has escaped capture and scattered reset charges across the Marvel timeline, so Marvel fans should expect the unexpected in the next four thrilling episodes of Loki.