IDK about you, but the one television series that I’m (im)patiently waiting on to come out is Hulu’s Pam & Tommy. Sure, the plot sounds A+ (more on that later), but have you seen the cast transformations??? Sebastian Stan is absolutely killing it as Tommy Lee, and Lily James has been totally turning heads as Pamela Anderson…and is doing exactly that again in new pictures from the Pam & Tommy set. Let’s get into it!

Lily was spotted rocking platinum blonde locks while arriving on set yesterday, and it looked exactly like that Pamela’s signature hairstyle. The only difference? She rocked her hair in a ponytail instead of having it out and cascading down her shoulders. Completing the look, Lily was dressed in a black satin button down top and matching shorts combo that looked like it was plucked straight from the early 2000s. 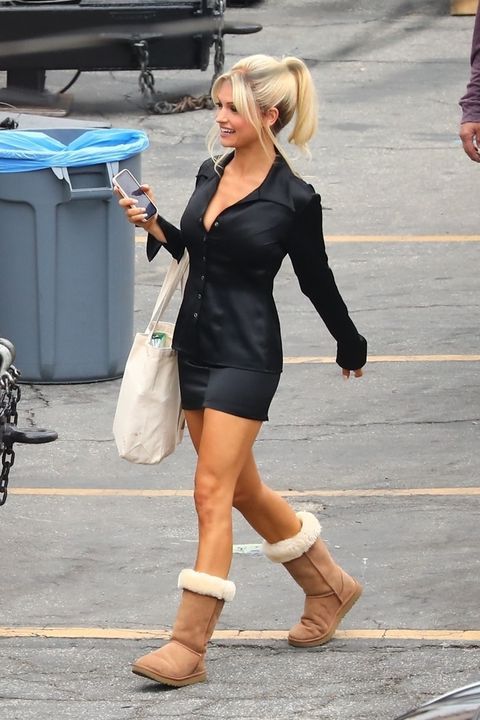 And here’s a pic of Pamela for reference: 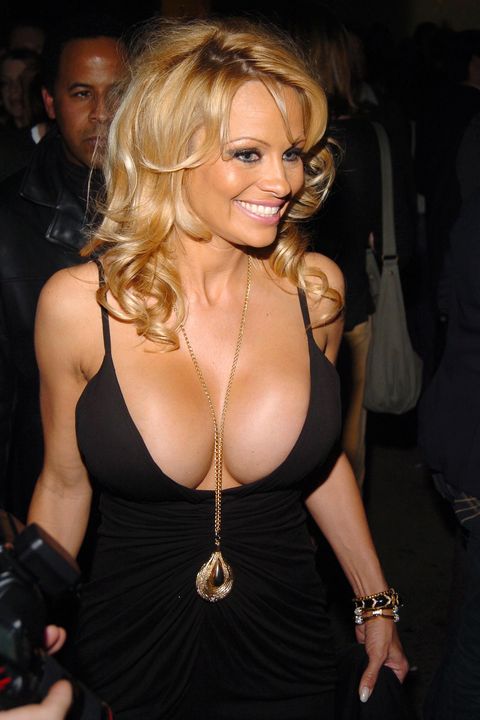 Lily also turned out an amazing look while filming Pam & Tommy back in June, which consisted of a chainmail top, fleeky black eyeliner, and Pamela’s blonde updo tousled in beautiful curls. The hair and makeup team clearly understood the assignment: 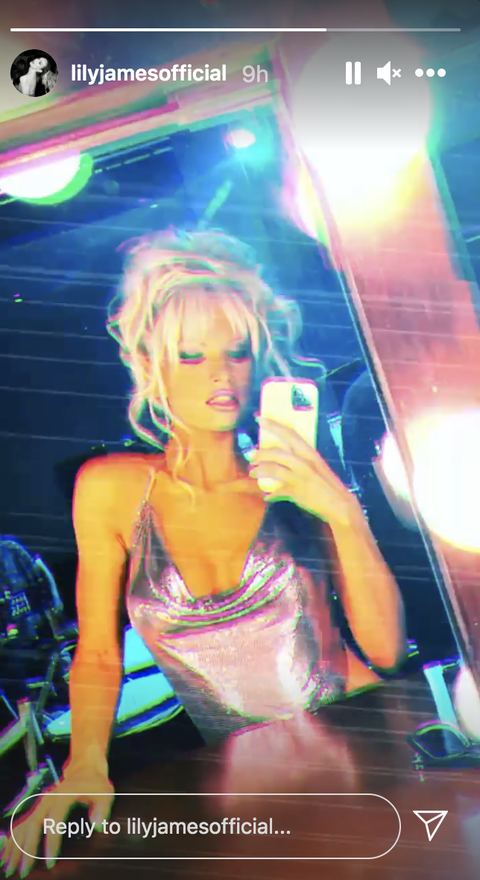 Per Deadline, the Pamela and Tommy’s sex tape scandal plays a big part in the miniseries, but will also focus on their “whirlwind romance that started with them marrying after only knowing each other for 96 hours in 1995.” The real Pamela Anderson hasn’t commented on the series yet, but her close friend Courtney Love wrote a Facebook post that said the show is “f**king outrageous” and added that the show will cause Pamela “further complex trauma.”