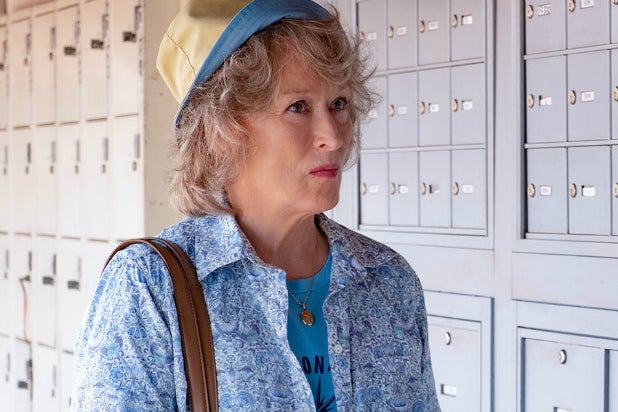 The Panama City law firm Mossack Fonseca that’s named in Steven Soderbergh’s and Netflix’s movie “The Laundromat” has filed a lawsuit attempting to block the film from its upcoming release on Friday.

In the lawsuit filed Monday in United States District Court in Connecticut, Jürgen Mossack and Ramón Fonseca, who are played by Gary Oldman and Antonio Banderas in the film, claim that “The Laundromat” defames both lawyers and their law firm and that the film could interfere should federal prosecutors charge them with money laundering in a criminal case.

Mossack Fonseca is filing a temporary restraining order and application for preliminary injunction, and Netflix has already on Wednesday filed a motion to dismiss the case. A representative for Netflix told TheWrap the case was “frivolous” and had no merit, “The Laundromat” is not a documentary, and that the plan is still to release the film on Friday.

The satirical film from Soderbergh stars Meryl Streep in a story about the lawyers involved in the leak of the 11.5 million legal documents known as the Panama papers from 2016 and finds Streep’s character investigating the death of her husband. The lawsuit mentions that the film’s trailer says the movie is “based on some real s—” and sees Streep’s character associating the plaintiffs with money laundering, bribery and corruption.

“The viewer quickly learns that Mossack and Fonseca are villains profiting from the death of 20 people killed in the small town boat tour, as the lawyer chimes in stating ‘they’re getting away with murder,’” the lawsuit says regarding the film’s trailer. “The clear implication is that all of these people are associated with criminal activity, and they have been ‘outed’ in the ‘hack and release’ of the firm’s client information.”

The lawsuit also accuses Netflix of trademark infringement by using the logo of Mossack Fonseca without the firm’s permission, and that doing so disparages the firm. The lawsuit counts eight times in which its logo appears in the trailer and that using it was done intentionally to attract moviegoers.

Netflix is expected to raise First Amendment claims that would defend the use of the logos as artistically relevant and not misleading.

“The Laundromat” first premiered at the Venice Film Festival and has played in limited release in theaters since Sept. 27 but will debut on Netflix on Oct. 18.

Pamela Chelin contributed to this report.