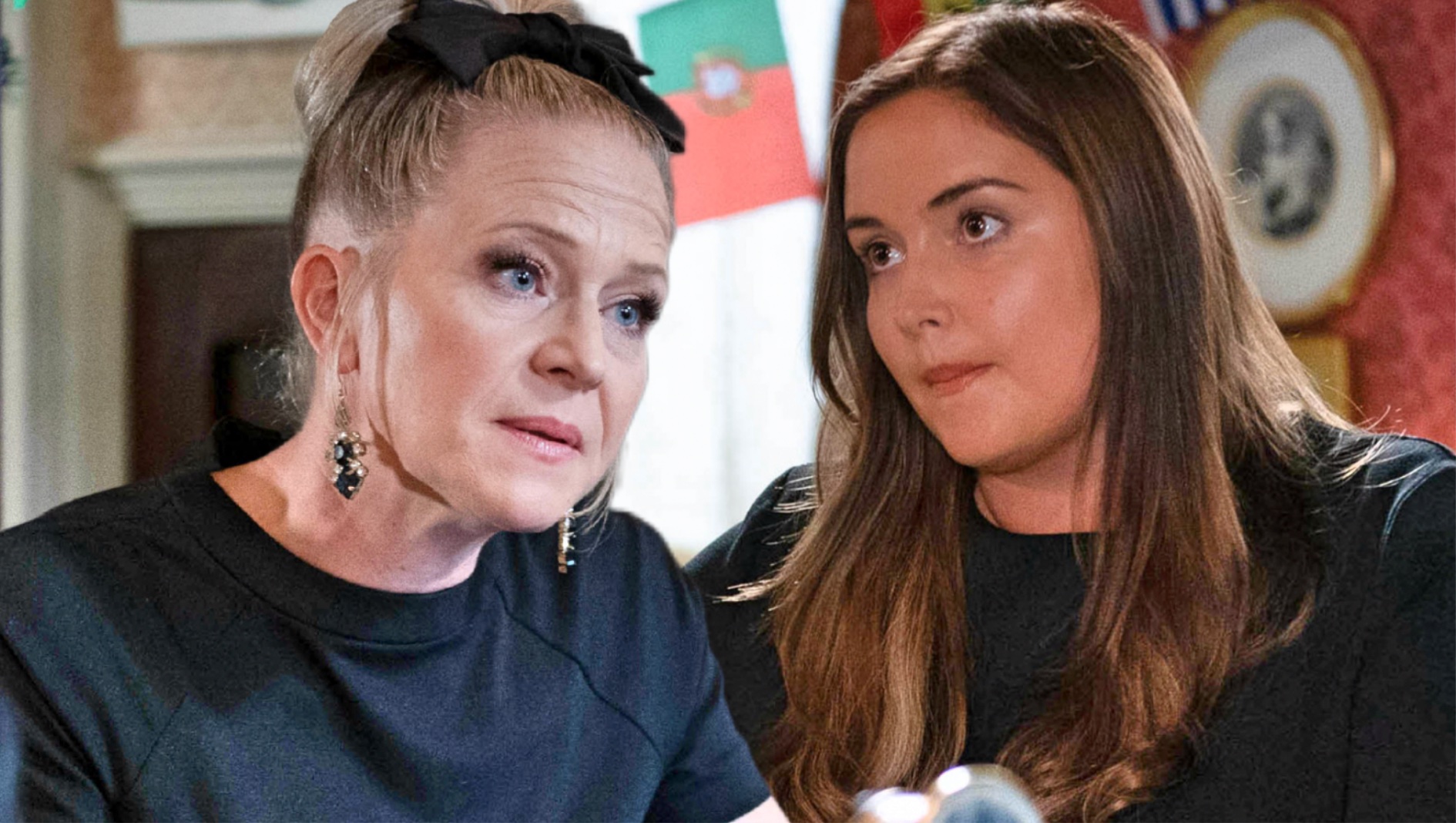 Lauren Branning (Jacqueline Jossa) makes her EastEnders return later this month as she stages a comeback to pay tribute to Dot Branning (June Brown), who has sadly died.

The former mainstay sets foot back in Walford on the day of the funeral, joining Ricky Butcher (Sid Owen), Jack (Scott Maslen) and Sonia Fowler (Natalie Cassidy), as they reminisce about their beloved Dot.

It’s not just Dot, however, that is on Lauren’s mind, as she makes a beeline for the pub to give Linda Carter (Kellie Bright) a piece of her mind, claiming that she broke her dad Max’s (Jake Wood) heart.

Linda, as viewers have tried to forget will recall, slept with Max several years ago, during a contentious storyline that fans felt was extremely out of character for the landlady, and they certainly weren’t wrong.

Max subsequently refused to take no for an answer, making it his mission to win Linda’s affection, naively believing that he stood a chance against her soulmate Mick (Danny Dyer), who Linda ultimately chose to be with.

Lauren, however, clearly doesn’t know the history, given that it’s Linda that she has issue with, instead of her dad.

Her dad being serial love cheat Max Branning, who had something of a penchant for breaking the hearts of the Walford locals during his time in the Square.

Linda, meanwhile, is worried about Lauren’s presence on the Square, given that Max is baby Annie’s dad.

But will Lauren discover the truth? If so, will she relay the information to her father?

That remains to be seen, but Linda soon has other fish to fry, as scheming Janine Butcher (Charlie Brooks) – who is now dating Mick – makes it her mission to get her out of The Vic.