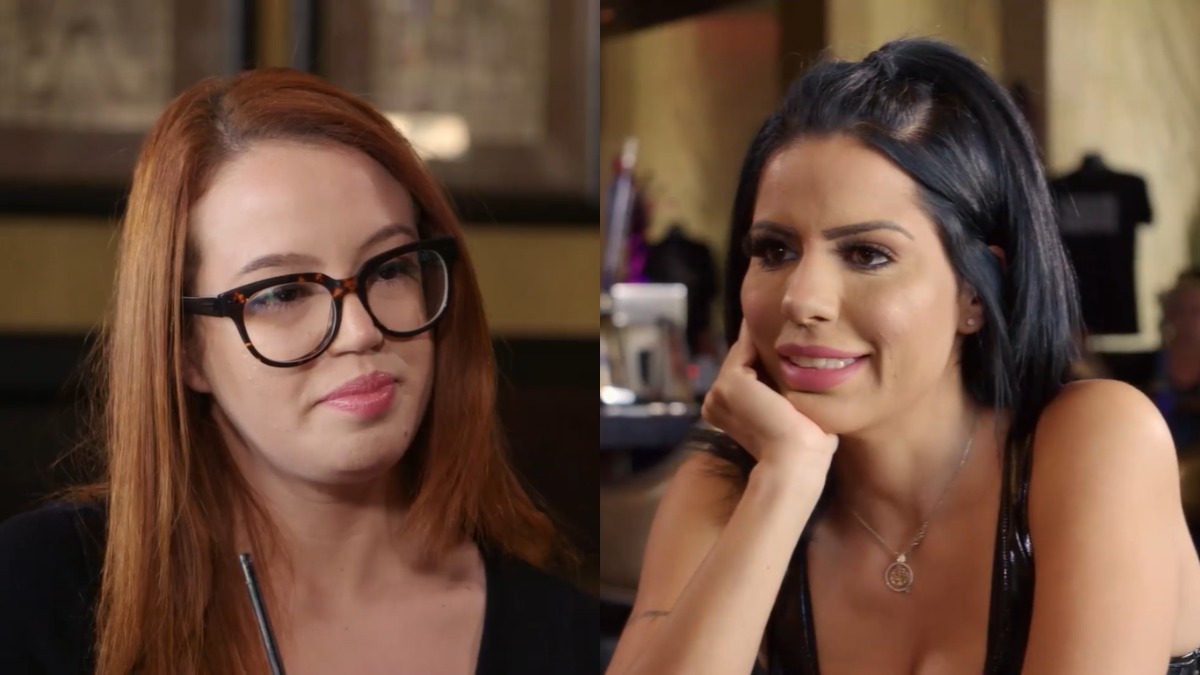 Colt Johnson has been getting around lately and as he moves from one woman to the next, he’s two of his exes have befriended each other and are swapping notes about the 90 Day Fiance star.

On an upcoming episode of 90 Day Fiance: Happily Ever After? Jess Caroline and Larissa Lima met face to face and when they did, it turned into a bit of a lovefest.

Not for Colt though. Instead, Jess and Larissa team up to take aim at Colt and to trade information about their respective time with the serial dater.

Did Colt use Jess?

Right at the beginning of their conversation, Jess told Larissa that she thinks that Colt Johnson was just using her. And when asked why she feels that way, Jess said that she thinks he wanted to make Larissa jealous.

That would explain why he decided to date another Brazilian woman but it doesn’t explain the fact that she reached out to him first.

When she learned that Colt went to Brazil will Jess and Mother Debbie, she claimed that Colt tried to “make same history” as he had with her.

Jess doubles down on her thought that Colt just wanted to make Larissa jealous and she countered, telling Jess that she thought Colt “found true love” after peeping her pictures on social media.

“Colt broken my feelings and Colt don’t care about me,” Jess said while in the confessional. It seems now that the only logical thing to do is to team up with his ex-wife, right?

It’s not like Larissa didn’t try to call and warn her previously. Now, Jess confesses that she wishes she had listened to Larissa’s warning because it turns out that she wasn’t wrong.

After all, Colt and Vanessa have been spotted holding hands and it looks like they are more than just friends now.

While there’s plenty to be mad at Colt about, including the eight women who received pictures of his Johnson, Jess is more upset about the lies that he told.

After all, Jess wants to settle down and have some kids of her own and it’s something that she and Colt talked about. They even pre-named their hypothetical kids. And now, Jess is single, heartbroken and childless.

She also told Larissa all about the eight girls who received nude photos from Colt. Larissa said, “I don’t know, I feel like he wants to be a pimp.”

The two end up having a good laugh at Colt Johnson’s expense while making fun of the number of nude photos he has sent out to multiple women.

In the clip, it’s easy to see that Jess and Larissa have better chemistry than Colt and any of his women. And with HEA Strikes Back! coming up, we can only expect that both of them will be taking shots at their former lover. In fact, they may even take shots at him together and that would be epic.

Check out the sneak peek below to see Jess and Larissa in action and get ready for more drama on 90 Day Fiance: Happily Ever After.

Meeting of the Minds | 90 Day Fiance: Happily Ever After

After a disastrous reunion with Colt, Jess has another visit to make during her trip to Las Vegas…#90DayFiance