Those of you who think we already live in The Matrix due to the state of our world may be happy a sequel to the original franchise can offhandedly address our troubles. Not that it really will point to our real world, but we’re already hearing from Keanu Reeves about future Matrix 4 being more than a little ambitious.

If you can argue Reloaded and Revolutions fell a little flat, at least we know the Wachowskis have a chance to expand and bring something truly chilling to the table. After all, times are very different now than when the last two movies came out in 2003.

Just what “ambitious” means is still anyone’s guess. Will the film go a bit meta and be able to connect it to the world we’re in now? After 16 years, being able to connect The Matrix to our current strange reality would be more than a bit satisfying. 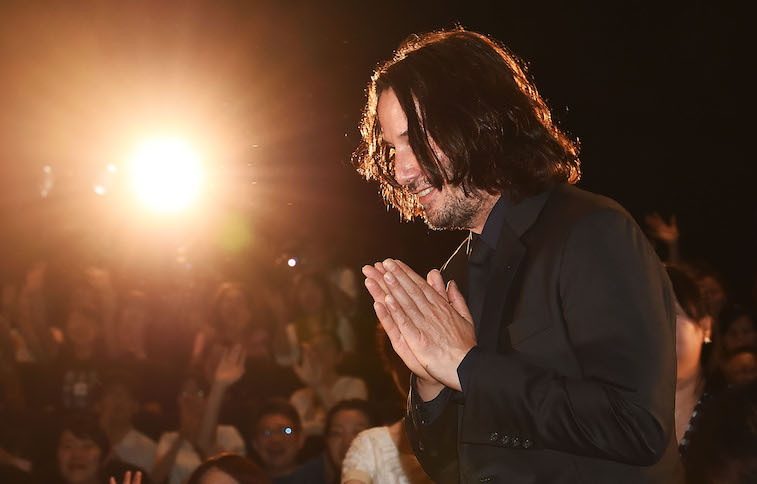 Maybe it wasn’t for the best Keanu Reeves recently revealed he read the Wachowski brothers’ script for Matrix 4 due to the secrets he now has to keep. He’s the one who called the new film “ambitious” even though we wouldn’t expect any other word. What they plan to do is only ripe for speculation at the moment. Also, the script will no doubt undergo changes since filming won’t begin until early in the coming year.

A few rumors have circulated about a young Morpheus (and maybe Neo), which might suggest them making a prequel, or using flashbacks. None of this is confirmed, and it’s still a complete wild card figuring where the story goes next.

All we can do is go back and review what happened in the previous films to gauge whether they’ll be looking forward or backward … or a combination.

One thing many fans have overlooked is the basic continuation of the story in video games released through 2005.

Whether fans consider those canon is up for debate, yet it’s worth looking at what happened in those “stories” to see what could happen next.

Looking back at the final movies and the video games

As you remember in Revolutions, Neo was thought to be dead, albeit with the Oracle saying she thought Neo would return eventually. How this might happen is left open to speculation.

In the Enter the Matrix video game, the plot involved was concurrent with Revolutions, so it wasn’t really a sequel. Nevertheless, it was still billed as a continuation of The Matrix trilogy. The Matrix Online video game was a bit different since it did advance beyond the time of Revolutions. We learned Neo’s body was never returned by the Machines, with speculation about this by Morpheus leading to the latter’s assassination.

The Matrix: Path of Neo and The Animatrix aren’t sequels at all, with former just using unused footage from the first film. As a result, you can say The Matrix Online was the last media property we ever saw of the characters from the original trilogy if you consider video games canon.

Will fans consider that video game a pathway to what happens next, or will we see a major shift as we did with Star Wars?

After Star Wars basically reinvented itself at Rian Johnson’s direction in The Last Jedi, we can’t help but think The Matrix 4 has something similar in mind. Marvel has certainly done the same thing and hit an incredible high with their reinvention thanks to Endgame.

There seems to be every indication Neo will be revived somehow, maybe (yes, a big maybe) in some kind of form resembling artificial intelligence. Since the original films were made, a huge wave of change has occurred in the technologies we use, not including the evolution of virtual reality.

Examining VR, AI, and reality in their own unique tapestry would certainly make it relevant if almost late to the game. Persistent rumors still have this sequel being a prequel, which would give us a view of what The Matrix was like in an earlier time of America.

Too bad we can’t see this go in a braver direction, as in equating where we are now in the real world as a direct result of The Matrix to test our absolute wills.