Katie Stevens has a new movie out this weekend. Haunt is a horror film about a group of friends who visit an extreme haunted house. Once locked inside, they realize that the Haunt is not an attraction. The makers of the Haunt have actually set it up to kill people for real. Harper (Stevens) and her friends get picked off one by one in various scary themed rooms. Will Brittain, Lauryn Alisa McClain, Andrew Caldwell, Shazi Raja, Schuyler Helford and Phillip Johnson Richardson also star. 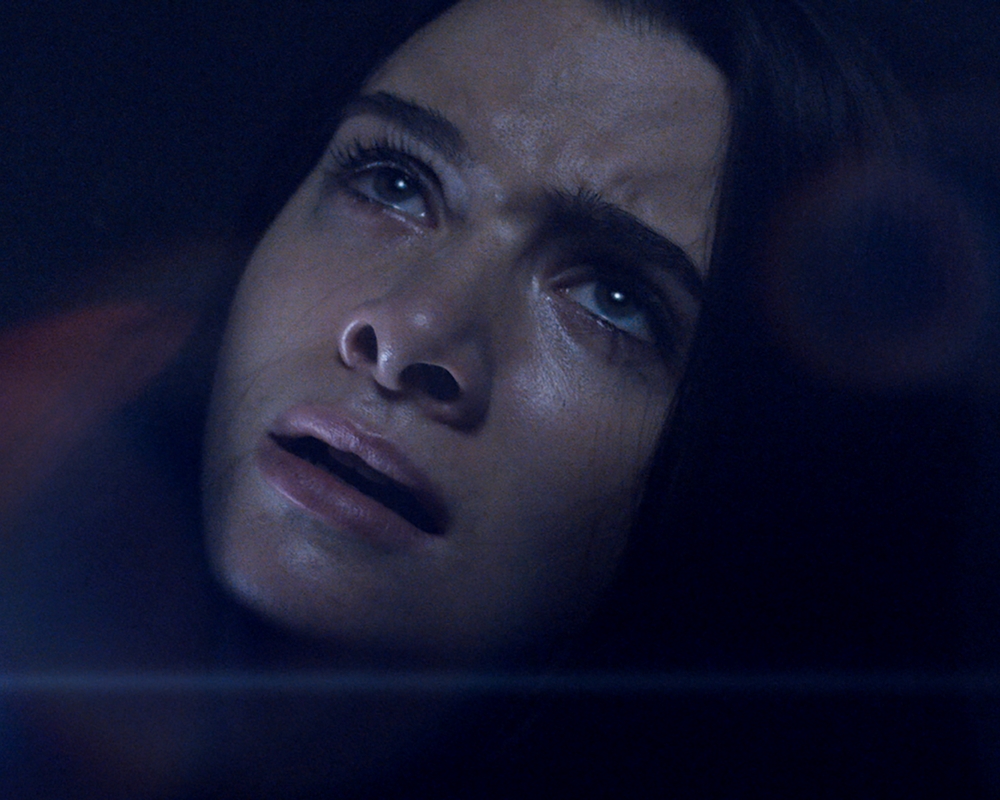 Stevens spoke with Showbiz Cheat Sheet by phone today about her role in the new film. In Haunt, writer/directors Scott Beck and Bryan Woods (writers of A Quiet Place) play with the idea that most people have visited haunted houses where they know the performers are not allowed to touch them, so they’re safe. Haunt asks, if it were real, would you know and could you escape? You can see Katie Stevens in Haunt is in theaters Friday, September 13.

Katie Stevens predicted ‘Haunt’ before she ever got the script

Like most Halloween fans, Katie Stevens has attended many haunted houses. She had the same idea Beck and Woods had. Great minds thought alike. 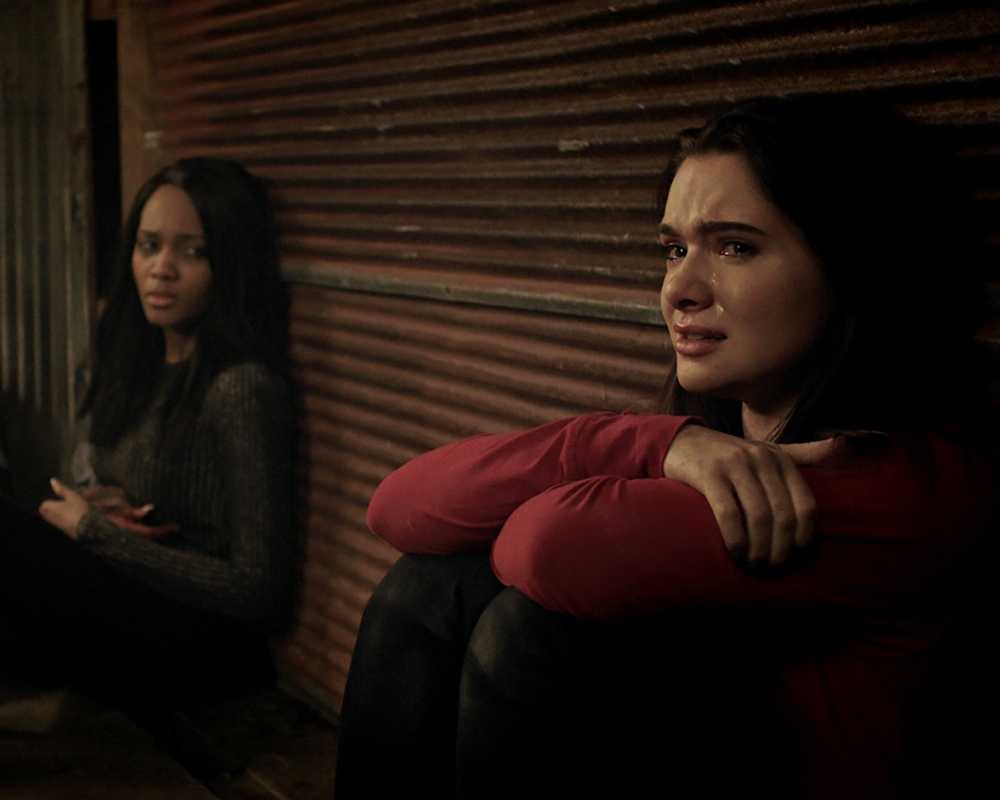 “Actually what’s most interesting is my brother and I, we go to haunted houses and things like that around Halloween time all the time,” Stevens said. “We have always looked at each other and we were like, ‘What is keeping some psychopath from just entering this thing and doing all this stuff?’”

‘Haunt’ proves a haunted house is a great cover for murder

The scenes in Haunt go just like all the Halloween mazes attendees witness. There are actors screaming for help while the performers pretend to muder them. If a real killer were using the Haunt as a cover, how would you know the difference? 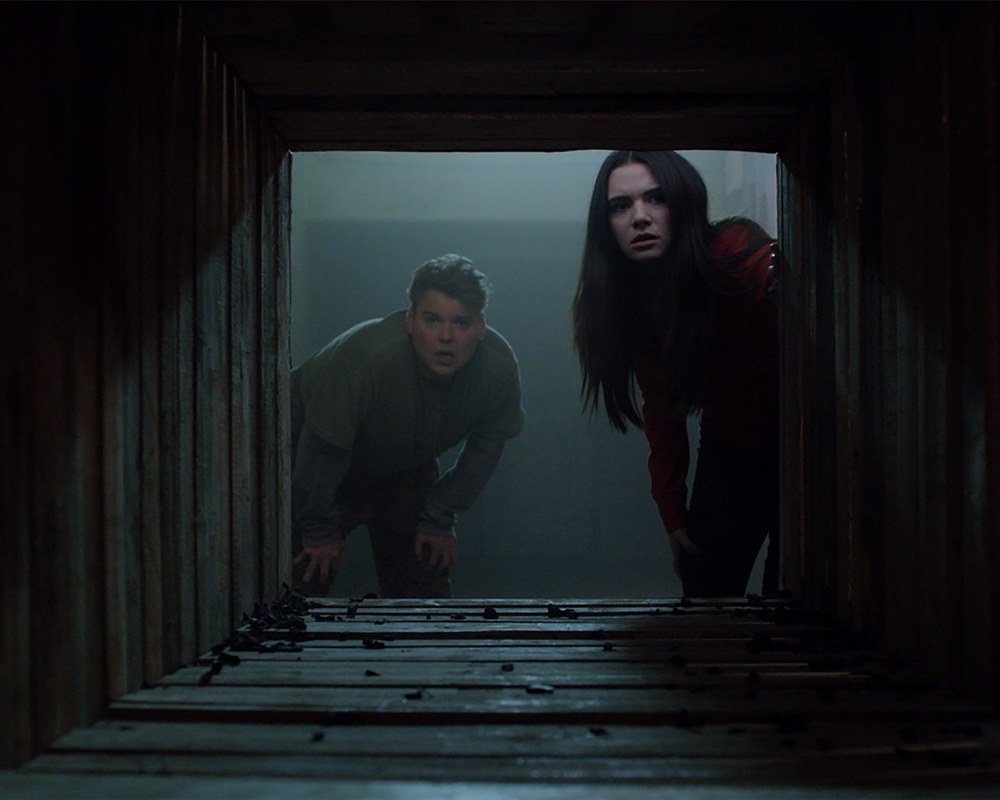 “You do have people the people that are screaming, ‘Help me’ and all of that,” Stevens saidt. ”It looks really real and it feels really real so it’s like what if it was real? So when I got this script, I was really excited because I was like oh my gosh, I’ve been talking about this for forever.”

Since she had the idea herself independently, Katie Stevens worries Haunt could inspire copycats.

“I think it’s the delicate balance, especially when you’re a part of a film,” Stevens said. “We don’t want to give any crazy people any ideas to be the people to do this.”

Rather than panic about copycat murder houses, Katie Stevens hopes people see the film as a cautionary tale. 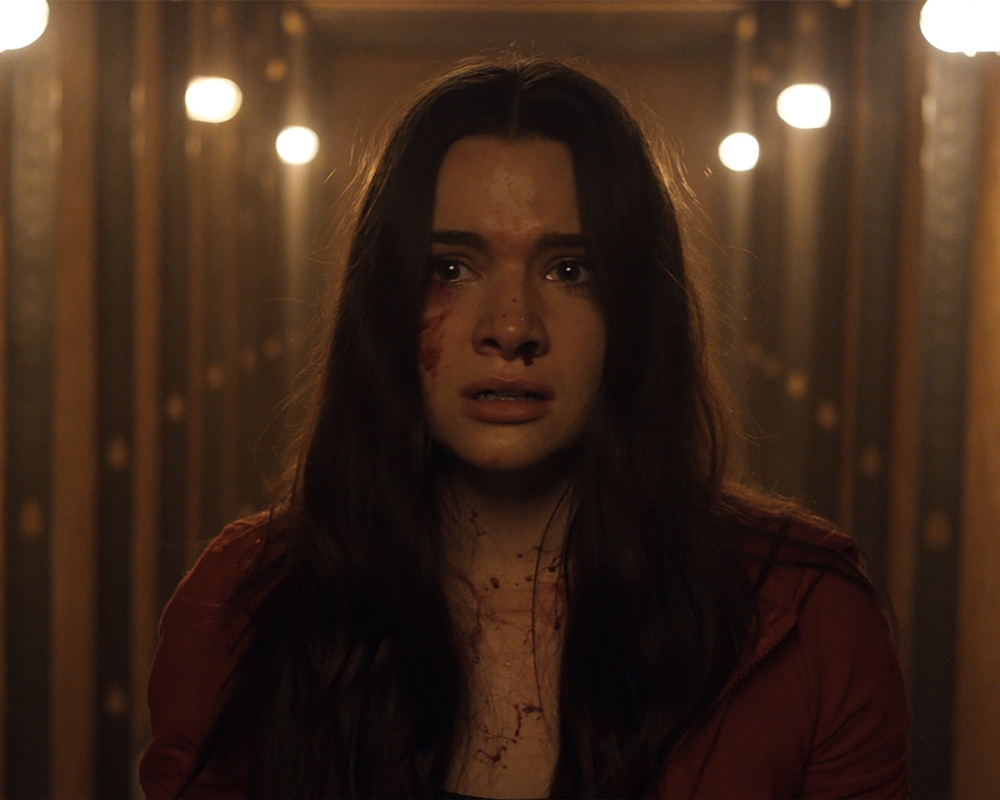 “I like to look at it from the standpoint of be aware,” Stevens said. “Have an awareness around yourselves, especially when you’re going into things like this. Make sure you have people around you. Don’t split up like these characters do. Stay together.”