Good Morning Britain presenter Kate Garraway clashed with guest Dominique on Tuesday’s edition of the show when they discussed whether or not a passport-style document is required so those who have had the vaccine can move freely in society when industries such as the hospitality and leisure, reopen. The presenter argued everyone had a choice to take the vaccine offer or not, but should they decline, there would be consequences for their decision. Dominique, on the other hand, said it was the government mandating everyone and taking their freedom of movement away.

“It’s a ridiculous idea for a few reasons, and I can’t even believe we’re having this conversation,” Dominique began.

“The first being that this is defacto mandating vaccines by deciding who can and can’t use things in society such as bars and restaurants when the government said they would never go down the road of mandating vaccines.

“This is mandating vaccines just through the backdoor and what is the point of the vaccination programme when those that are most vulnerable in society, which count for 80-90 percent of hospitalisations and deaths will be protected by the vaccine, why then do we need to go down the route of excluding other people from society and stop them from using facilities?” she continued.

“This is essentially creating a class of two people within society; the vaccinated vs the unvaccinated, and this will greatly impact young people. 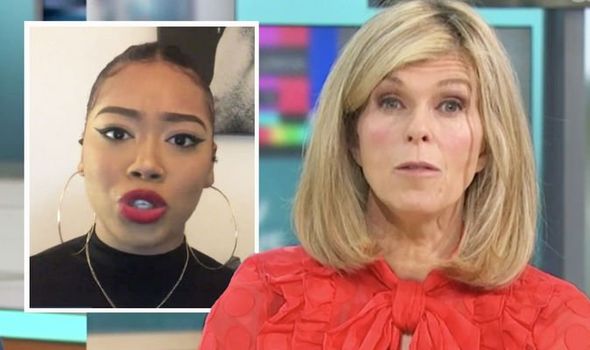 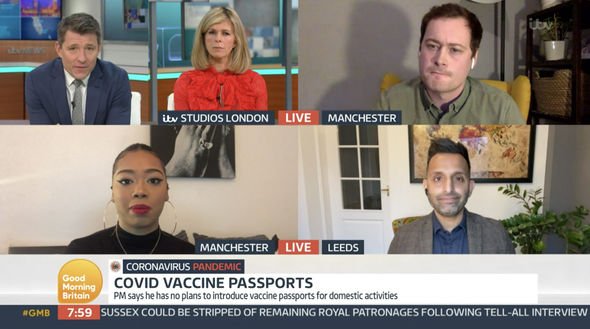 “Imagine being a young person, going through lockdown when you’re not really affected by coronavirus, having your job prospects slashed, and then on top of that, not even being able to participate with getting the economy moving again.

“Let’s be honest, the hospitality sector greatly relies on the custom of young people, particularly in university cities where restaurants and bars rely on young people.

Kate interjected: “It would be preventing these people from going to the pubs, it would be their choice, they would’ve made the decision not to be vaccinated, which, is what we’re told is the best way to protect people. 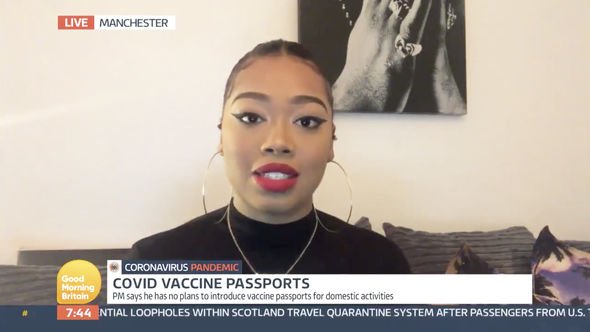 “I know you say young people aren’t so badly affected, but they can still carry it.

“They would make the choice they would rather not be vaccinated and potentially help those around them, that would mean they can’t go to the pub – they weren’t safe to go into the pub.

“That would be their choice, no one is stopping them going, they would be choosing to make a decision out of their own opinions which would mean they wouldn’t be able to do those things.

“Why is that unfair compared to risking someone’s life?” the presenter remarked. 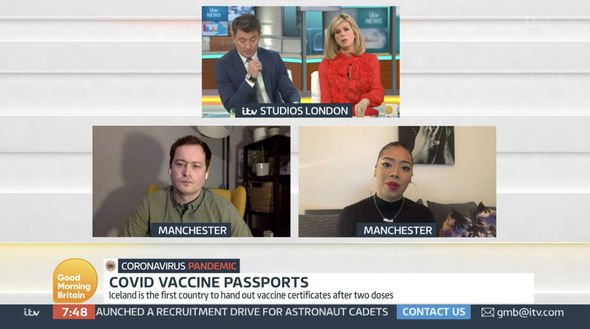 GMB viewers saw Kate fume: “No, you’re only being asked to take it if you want to do that activity!

“But, we’re in a situation where we’re all doing things we don’t want to do.

“We would love to go and see our loved ones, we would love to visit people in hospital, there are many sacrifices people are making and the argument would be, if you choose not to have the vaccine, that is your choice, but it has consequences,” she commented.

Those watching at home took to Twitter to comment on the points raised with one viewer remarking: “@GMB and @dominiquetaegon It was an interesting debate.

“However Dominique with the freedom of choice comes  heavy responsibility. Your argument falls down when the choice not to take the vaccine can impact on the vulnerable who actually can’t take the vaccine.”

“@GMB and @dominiquetaegon It does make me cross when people focus on retaining their ‘freedoms’ to do what they want but won’t take any responsibility for taking actions needed to give everyone their freedoms. It was sad that she showed no empathy for Kate either,” someone else wrote.

Another commented: “@GMB and @dominiquetaegon what if you cannot have the vaccine for medical reasons????”

Good Morning Britain airs weekdays at 6am on ITV.