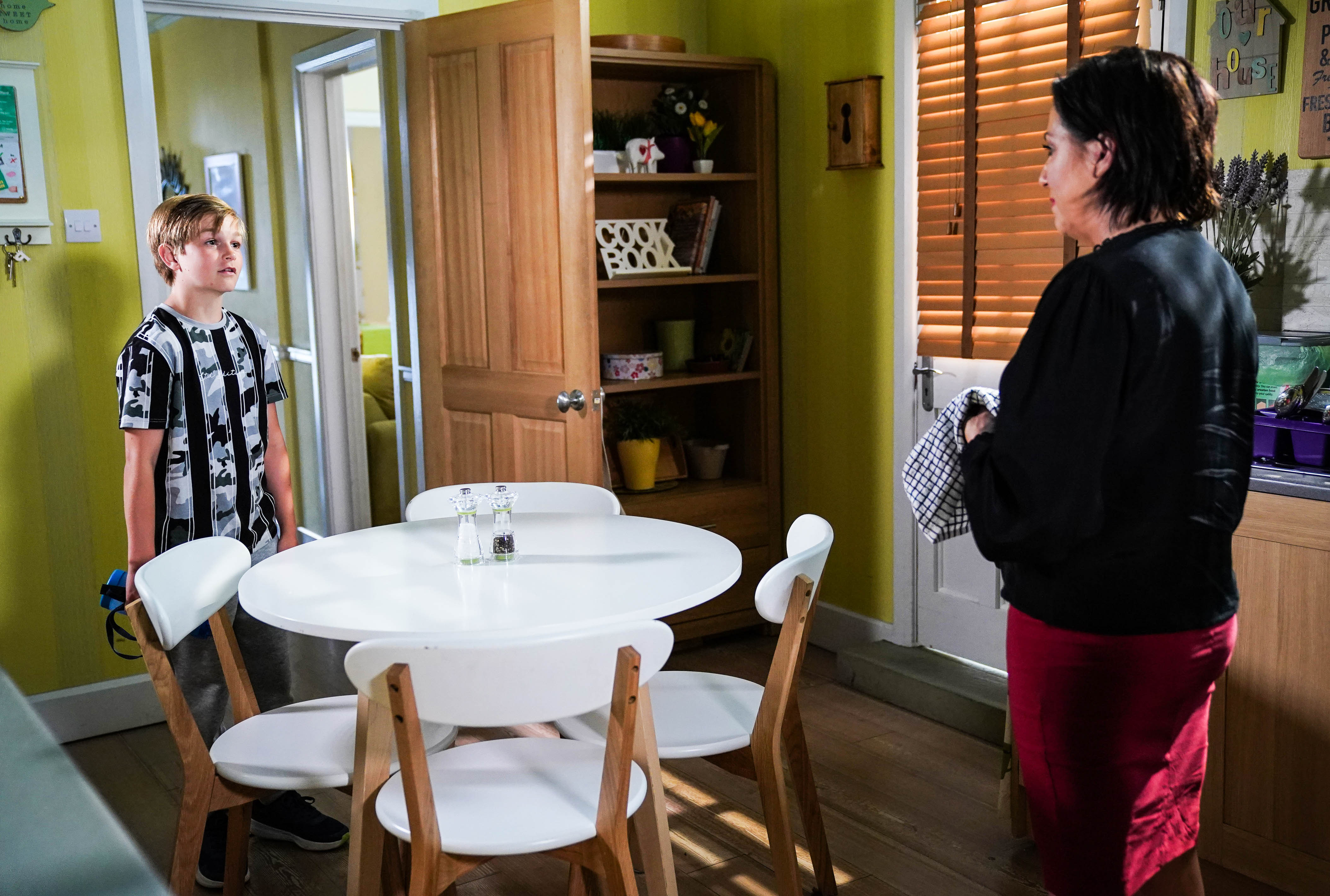 The stalwart of the BBC One soap was worried sick for son Tommy Moon in scenes which aired this week, after she discovered he’d been messaging a woman online.

She banned all of his devices, but that did little to solve the problem, as Tommy later absconded while in Whitney Dean’s (Shona McGarty) care.

The lad was heading to meet with the mystery woman he’d been chatting to on the internet, which left Kat in fear for her son, and therefore she set off to locate him.

Thankfully, she tracked him down, but Tommy left her in shock when he revealed that he was supposed to be rendezvousing with Scarlett!

Viewers will know that Tommy is the biological child of Michael Moon, who was married to Janine, which makes Scarlett his sister.

In the wake of his vanishing, Kat attempts to overcompensate for Tommy’s affection, but she’s once again forced to explain to him that she simply cannot look after Scarlett.

Her attempts to bond with her son have little to no effect, as he insists that she help Scarlett, who has a court hearing, which could result in her being placed anywhere!

Martin, however, comes to realise that Tommy doesn’t know the truth, and thus he resolves to speak to Kat.

With Janine set to return to the Square, will Kat be instrumental in bringing her back? Will she face-off with the soap superbitch in the hopes of helping Scarlett?